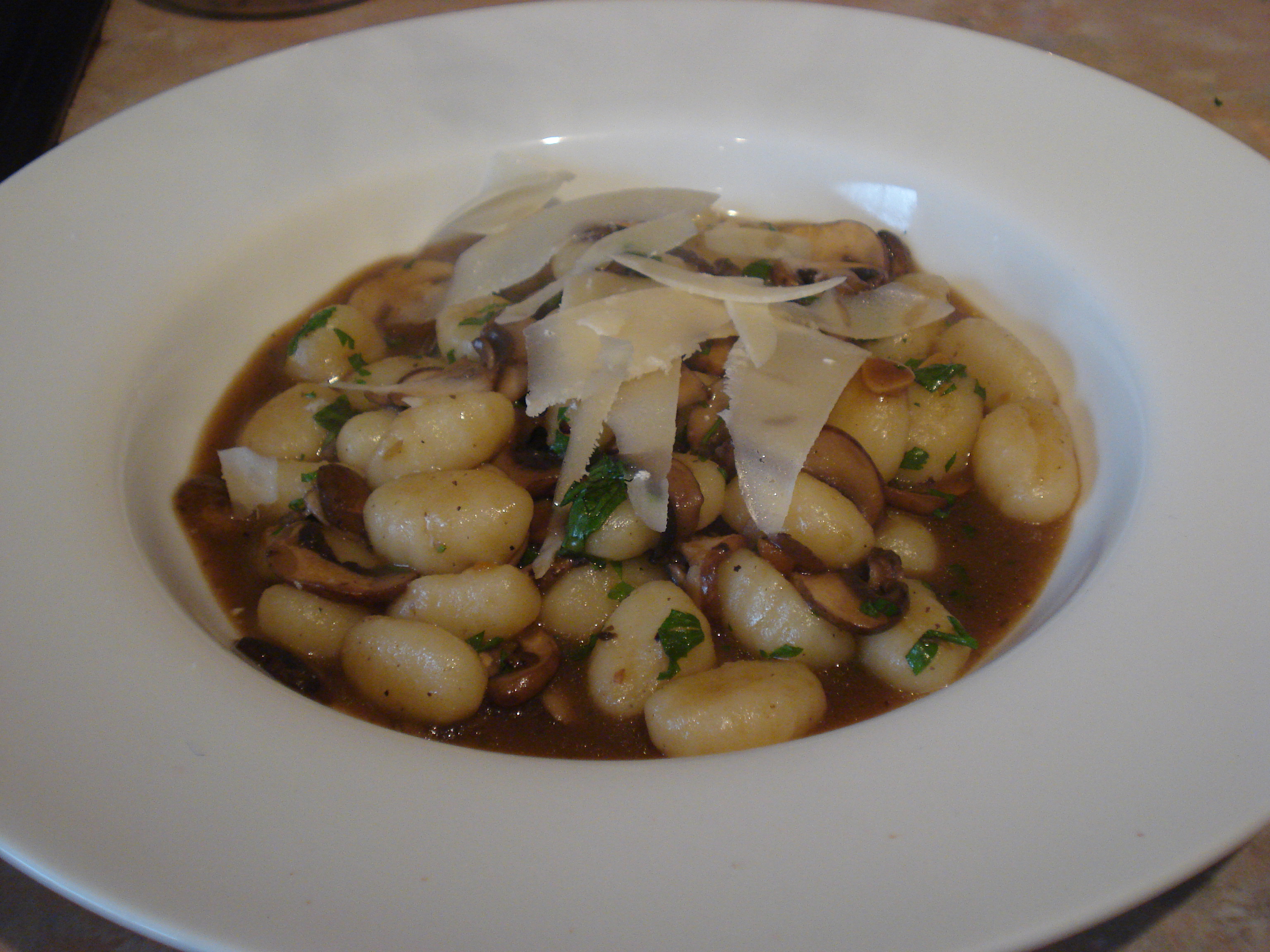 I absolutely love Two Greedy Italians. Not only are Gennaro Contaldo and Antonio Carluccio the most avuncular and affable guys on TV, joshing and fondly trading insults, they also serve up some jaw-droppingly good Italian food. In the series where they tour Italy, revisiting places of their youth and being tourists everywhere else the former colleagues eat their way through just about every culinary region of the Old Boot.

In this episode traversing the Alps, they went to a region where they historically couldn’t grow wheat so used chestnuts for all their flour. Gennaro then used this to make a delicious chestnut gnocchi with mushrooms. I had to give it a go myself, but all my previous attempts to make gnocchi have been messy, hideous and not worth the effort. The recipe also isn’t listed on the site. So I bought shop-made gnocchi and improvised a sauce. This was fab, I’m definitely doing it again and I hope I’ve paid enough tribute to Gennaro’s original recipe. Watch the sweetness, you will probably need a good dose of salt to balance it out.

The recipe is probably in Two Greedy Italians Eat Italy

, but I don’t have it so no guarantees!