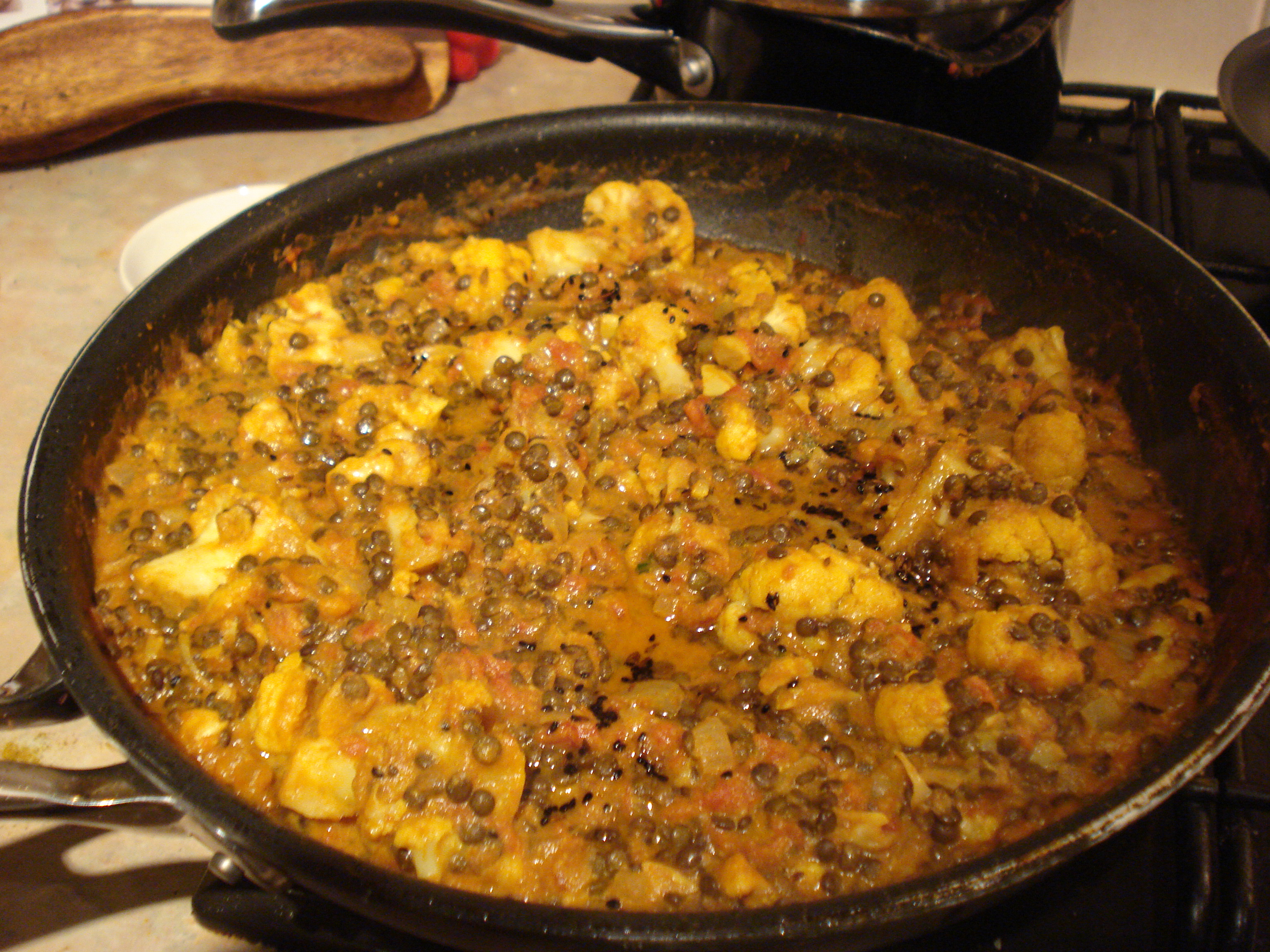 I can’t get enough cauliflower, and am always quick to toss out a few recipes for those that think it dull and dreary. I was dead pleased to see an article in the latest Delicious magazine devoted to the joys of the cauli. It’s not just for cauliflower cheese, y’know.

Gobi tarka dall (based on a recipe by Debbie Major):