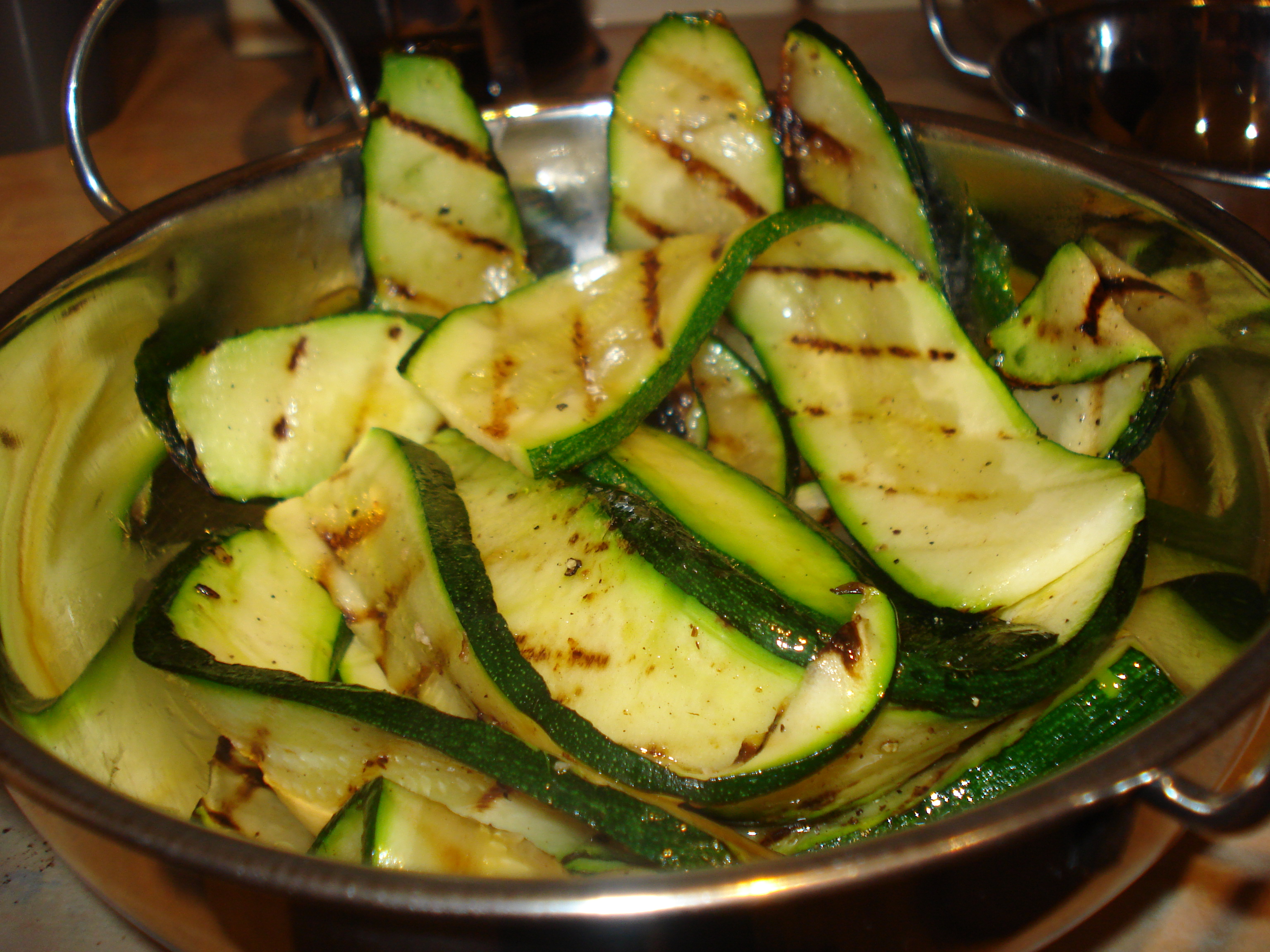 To accompany the mega-rich butter chicken, I wanted a veg-based accompaniment. I was in the mood for courgette so Googled Indian-influenced courgette recipes. Disappointingly there was hardly anything out there; it’s not a particularly Indian ingredient and the only recipe that seemed to crop up was one for “courgette with peas and tomato” which was moving away from the side-dish I was after. There was nothing left but to get creative. I thought about how I would prepare a courgette, and thinly sliced and griddled is one of my favourite. By adding a curry-flavoured oil I was pretty much there. I was really pleased with how they turned out and will stick them out front for another Indian meal some time.