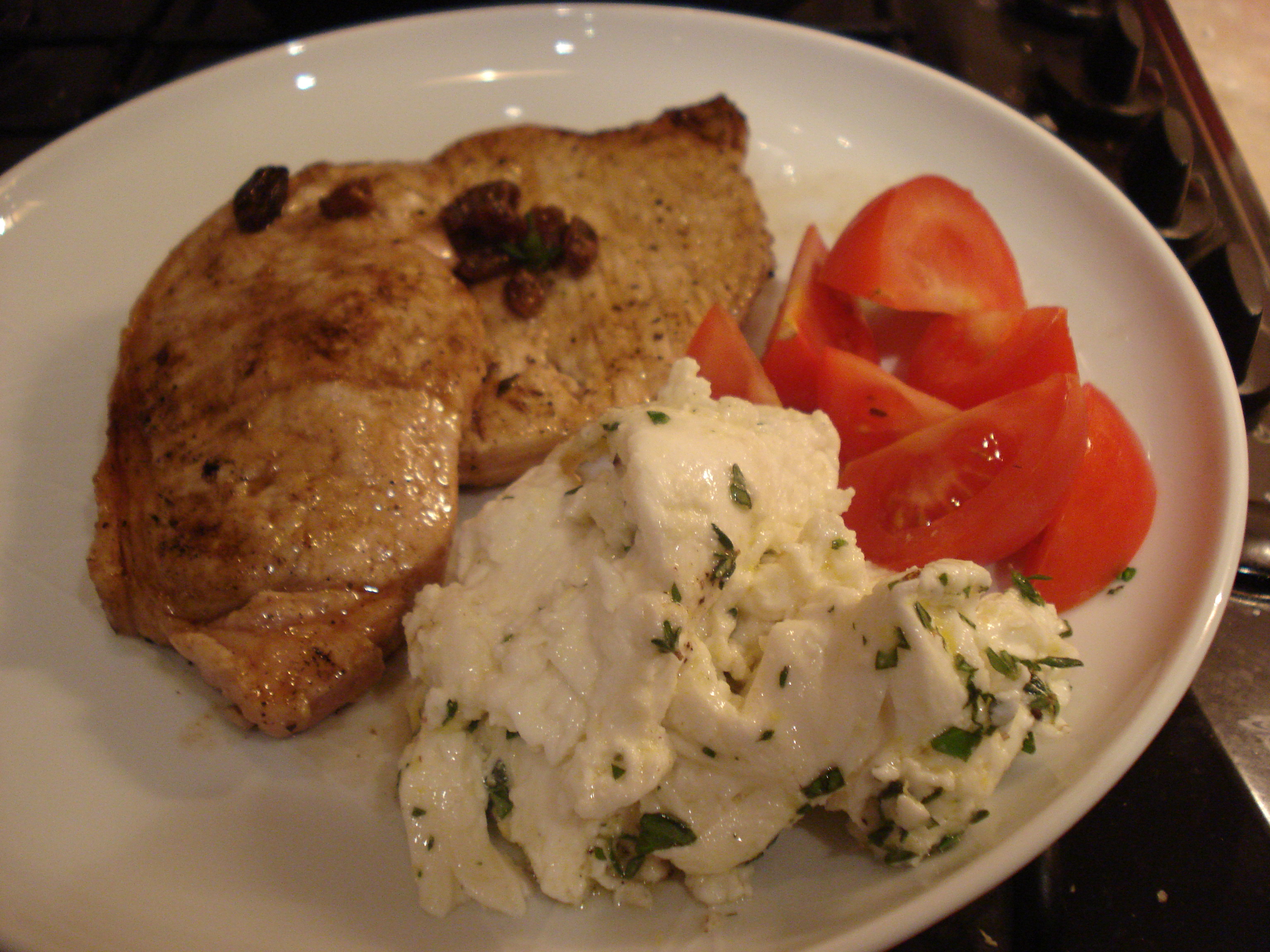 visits different cities and squeezes the food out of them. I’ve scribbled quite a few of them down, but his recent Andalucian pork chop recipe really connected with me. He cut a slit in a pork chop, then stuffed it with a juicy raisin stuffing. Mine is simplified to my store-cupboard. I couldn’t quite manage the meat pocket, my chops were more steaks and I couldn’t get enough knife in to stuff without going through. I instead plonked the marinade on top after cooking on one side on the barbecue. The flavours were there but I imagine it would be sensational properly stuffed. Next time I’ll get proper fat chops.

. I was fortunate enough to get one of these courtesy of their Twitter competition and couldn’t decide where to start, it’s stuffed with great ideas and brilliant (yet simple) invention. I started simple: mozzarella rendered to fluffy, yummy gooeyness. Fennel seeds popped in the mouth among the creamy cheese. Simply delicious.

Jamie Oliver’s original recipe for the pork chops can be found here.

A handful of raisins

A good splash of sherry vinegar

For the mozzarella salad:

A couple of tomatoes, cut into chunks