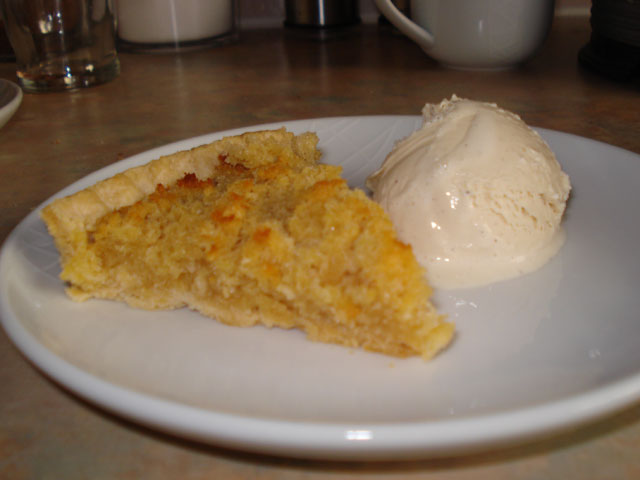 I’m a big fan of Great British Menu, a programme that has food and its preparation and assembly utterly wedded to its heart. Chefs from regions of the UK compete in pairs to produce courses for an exceptional banquet. This series they are producing food for returning servicemen and women, therefore celebratory homely food is the name of the game. It forces chefs to their best, let down only by the grating Jennie Bond’s embarrassing attempts to invent animosity between them. As the series have gone her role has thankfully been reduced, though we are still left with a one hour show stretched over 5 thirty minute segments. Otherwise it’s a skillful and inspiring show that really brings out the armchair critic in me. Anything with Matthew Fort in is immediately watchable.

Though one of my favourites Nathan Outlaw was defeated by the smug and undeserving Shaun Rankin, Shaun did make a treacle tart which set me off wanting one. I’d not made one before; the often reliable Ed Baines recipe jumped to mind so I tried it: golden syrup, lemon zest + juice with breadcrumbs in a (pre-bought) pastry case.

It wasn’t as juicy or succulent as I was expecting, there wasn’t nearly enough syrup. And I felt that orange zest and no juice would be a better filling. Disappointing, but I want to try again.

Footnote: I seem to get a lot of traffic for people looking for the real thing, here’s a link to Shaun Rankin’s actual recipe.