which ingredients does heston blumenthal use? 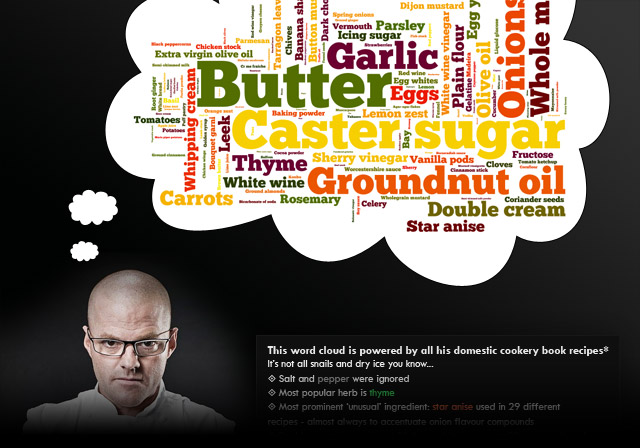 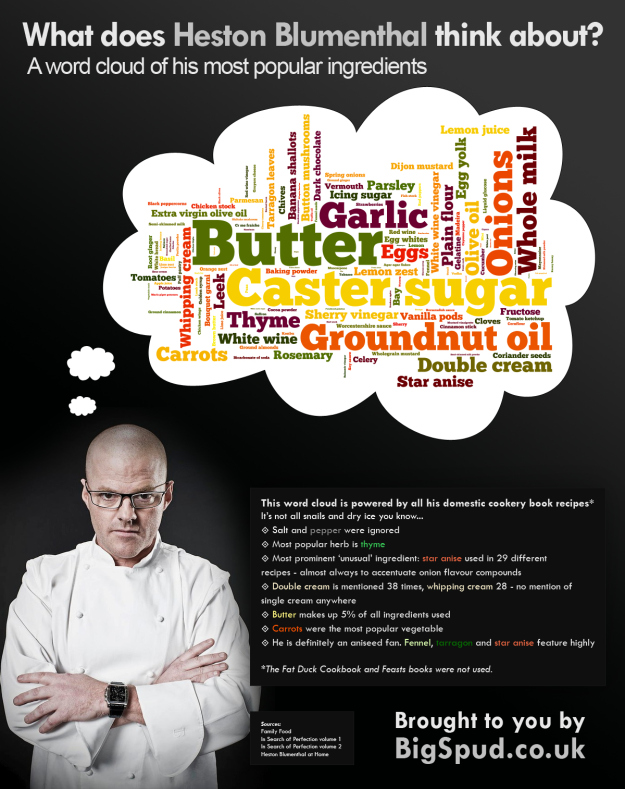 This word cloud gives a flavour of what Heston Blumenthal puts in his recipes. Phrases in a larger font are used more often (yum, butter).

It’s been made by pulling all the ingredient text from his four major domestic cookery books and firing it into the excellent Wordle engine.

It shows that despite his reputation for off-the-wall, odd ingredients, the base of his cooking is comforting and familiar. Over and over the combination of thyme, rosemary and bay occur. Parsley abounds.  A typical soffrito of carrot, onion, celery and / or leek is very common. And look what else: butter, sugar, milk, cream, flour, eggs… it takes a long time to get to anything obscure. He definitely has specific favourites: banana shallots, fructose, sherry vinegar, button mushrooms crop up again and again.

This infographic props up the vision of the chef that I have in my head: looking to the future with a head firmly rooted in tradition.

Want to embed this on your own blog? Copy and paste the HTML below:

Browse the books featured in this infographic at Amazon