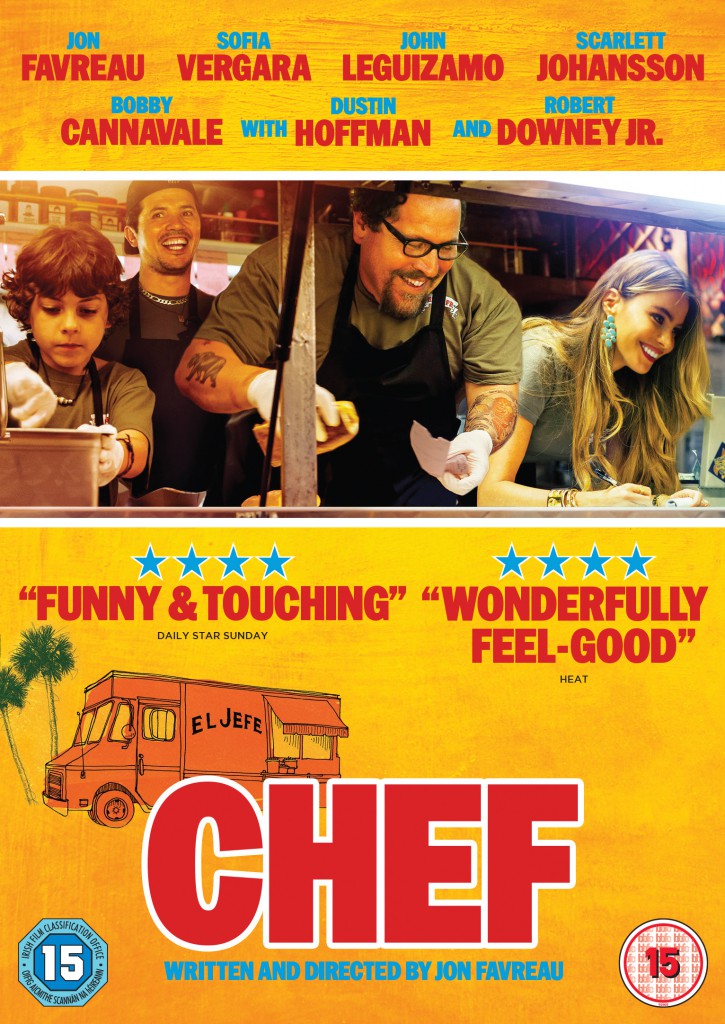 “JON FAVREAU writes, directs and stars in CHEF, out to rent and own on DVD and Blu-ray and digital download from the 3rd November.

FAVREAU (Iron Man, The Wolf of Wall Street) is top chef Carl Casper who – refusing to compromise his creative integrity – quits his job in a glitzy LA restaurant and goes back to his cooking roots. Taking to the road in a fast food truck Carl reignites his passion for the kitchen, reconnects with his family and finds a new zest for love and life.”

So runs the official spiel for Chef, out now on DVD, Blu-ray and digital download. And below you can win a copy plus the soundtrack (which is full of fun tracks!).

I approached the film with some scepticism because, hey, it’s about food and outside of Ratatouille I can’t recall a film treating the love of food seriously. I’m pleased to say this film adores eating and adores cooking and is wrapped up in a simple feel-good formula that makes you want to go out and make a really good sandwich. I had a great time watching the film.

Jon Favreau is one of the most well-connected people in Hollywood so pulls in a stellar supporting cast (I raise my eyebrow at him being romantically involved with both Sofia Vergara and Scarlett Johansson though… but that’s a director’s perk I guess).

To win a copy, you’ll need to watch the trailer below and answer the question through Rafflecopter:

Want more like this? Never miss a post from Big Spud by subscribing to my emails. It only takes 10 seconds and you’ll get new recipes and food stuff every time they’re posted.
For more foodie competitions check out the Kitchen Diary