In the South of Essex is an area of Basildon known affectionately as Bas Vegas. Nestled among industrial estates is a retail park with cinema, bowling and various bars and eateries. It’s been a popular evening destination for the locals for nearly twenty years. I’ve seen dozens of films there and eaten there countless more times. It’s not a place for independents – it’s crowd-pleasing mega-chains that dominate: Frankie & Benny’s, Nando’s, Pizza Hut etc. The latest to open on the park is Bella Italia.

I went in a party of 8 in the run-up to their grand opening. They’ve done a great job with a limited space. The ceilings are tall and gives the place an airy feel, with bright banquettes and a few cheeky touches such as a gelato bike. 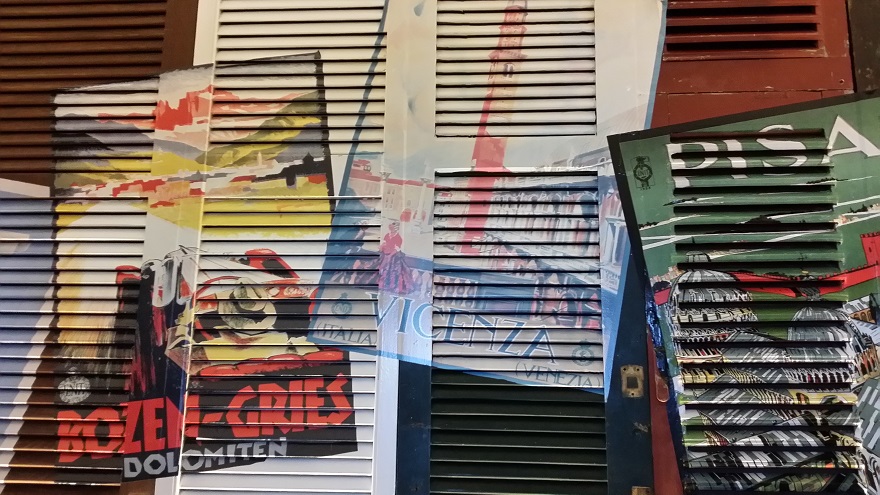 We had two separate tables booked but the staff were perfectly happy to consolidate us to one table. After that excellent welcome things didn’t continue well when Mrs. Spud had her whole cocktail upended all over her by the server. The staff were very apologetic but letting slip it wasn’t the first time our waitress had done that today wasn’t reassuring.

We were starting to worry when the olives arrived on the table. My family are voracious olive eaters yet we tried some of the most disgusting purple olives we’d ever eaten. Bitter and waxy; truly unpleasant. Thankfully things were on the up once starters arrived. 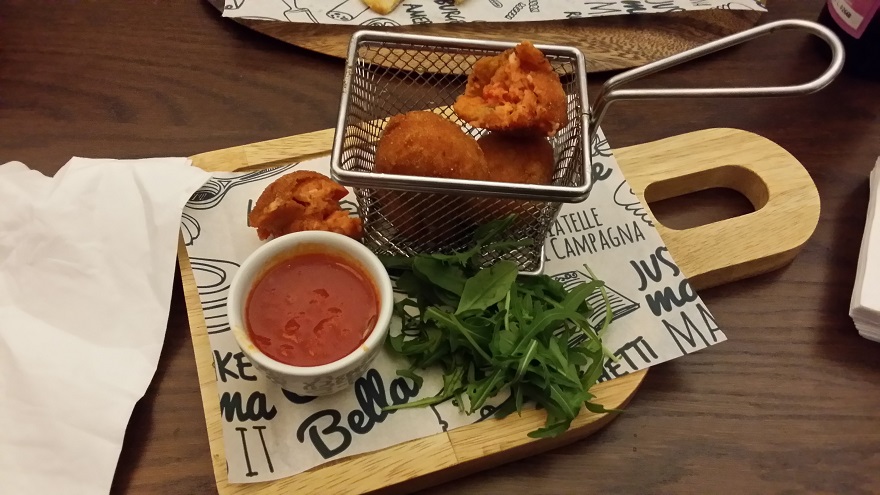 My arancini were very good specimens: tangy tomatoey balls of risotto that were soft on the inside and crisp on the outside. Sweet with red pepper they were very tasty. Elsewhere on the table we enjoyed salads (can’t beat a good insalate caprese), shell-on prawns and various breads without complaint.

Our friends had tried the pasta on a previous visit and weren’t impressed, so we veered away from that. For mains pizza was a popular choice in my group. There are some interesting alternative toppings such as the veg-laden quattro legumi and pollo e spinaci. 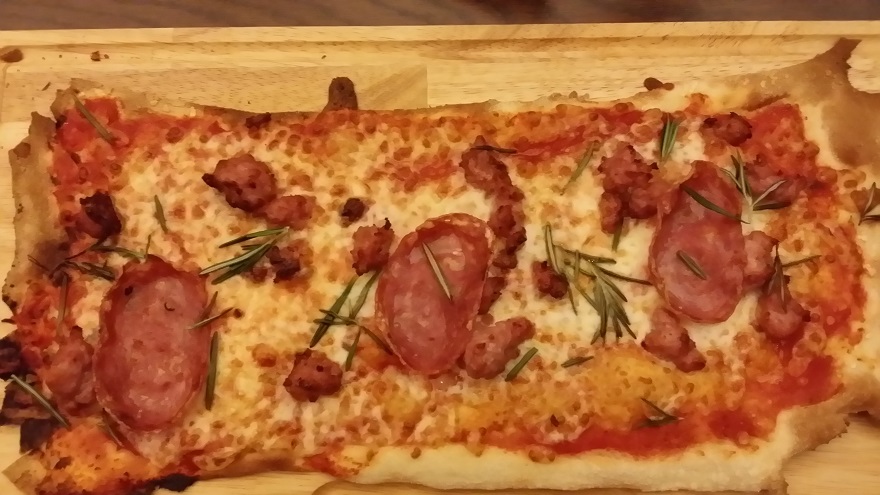 My meaty Luganica Rosmarino pizza was fragrant with rosemary and as thin as you like. A good example of the genre. Everyone else were very happy with their food. I’d really like to go back and sample the Salmone Tarragon. The children were satisfied with chicken and chips with my daughter proclaiming it the “best chicken ever”.

There were familiar faces for dessert. Gelato, cheesecakes, brownies… I played it safe it with the tiramisu which was as good as any other high street chain.

Apart from Bellinigate, service was fine if a little rough around the edges but I’m sure that will improve over time. The menu is varied enough to suit most though it appears to want to try and appease as many as possible with items like “Burger Americano” and “Pollo Caesar” (Caesar salad) which don’t gel well with everything else. Pricing was as you would expect with starters in the £5 – £7 range and mains in £10 – £15 bracket.

It’s a fun, breezy place that will no doubt attract a huge following for families looking for a post-cinema meal. It’s also the kind of chain that offers lots of vouchers and midweek discounts so will be popular with the coupon crowd. Just don’t have the olives.

I attended Bella Italia during a soft launch: food was free but we paid for drinks and service.