Spud Jr has got the cooking bug. In his Summer holidays I’ve managed to get him some work experience in a professional kitchen and he’s having a whale of a time. He’s gaining loads of interesting skills and learning some new swearwords into the bargain too. He’s also had the chance to cook some things he’s never used before because I don’t tend to have them around, such as sea bass, salmon, and mussels.

He enjoyed mussels so much I thought we’d have some for dinner. We had already planned to have penne carbonara so I figured we could combine the two somehow. 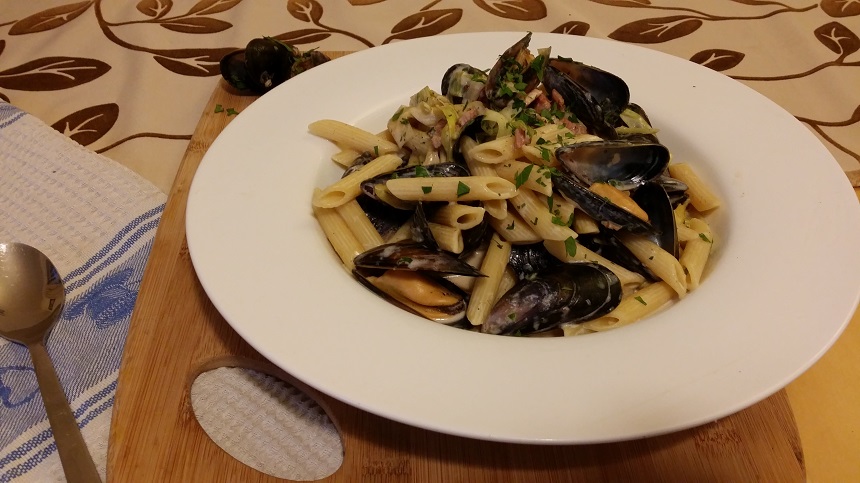 I kept the silky, eggy sauce of carbonara, with the booze and fresh parsley of moules marinere. And it was a hit! Franco-Italian relations are preserved once again.