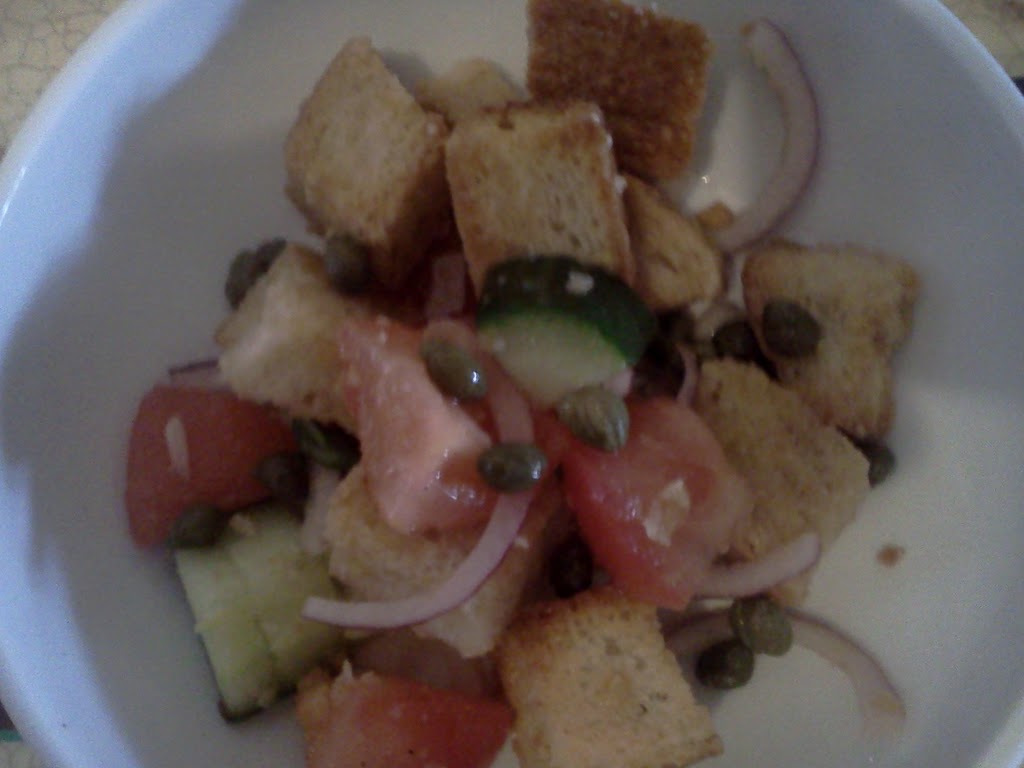 I’ve eyed up a panzanella for ages, spotting a particularly nice one in Tony & Giorgio

. Yet I’ve not got round to it, until Simon Hopkinson chided me from the couch to give it a go. I have no idea why I’ve left it so long, it’s exactly the sort of food I love and the food I love the Italians for. It’s a Tuscan bread salad with onions, tomato and cucumber, mixed together with vinegar and oil left to marinate.

I’ve added my own tweak by roasting the bread first; I think you get more interesting flavours and the bread doesn’t completely break down. Sharp and fresh, yet rounded and satisfying at the same time. I can’t recommend it enough. Not bad for a peasant dish.