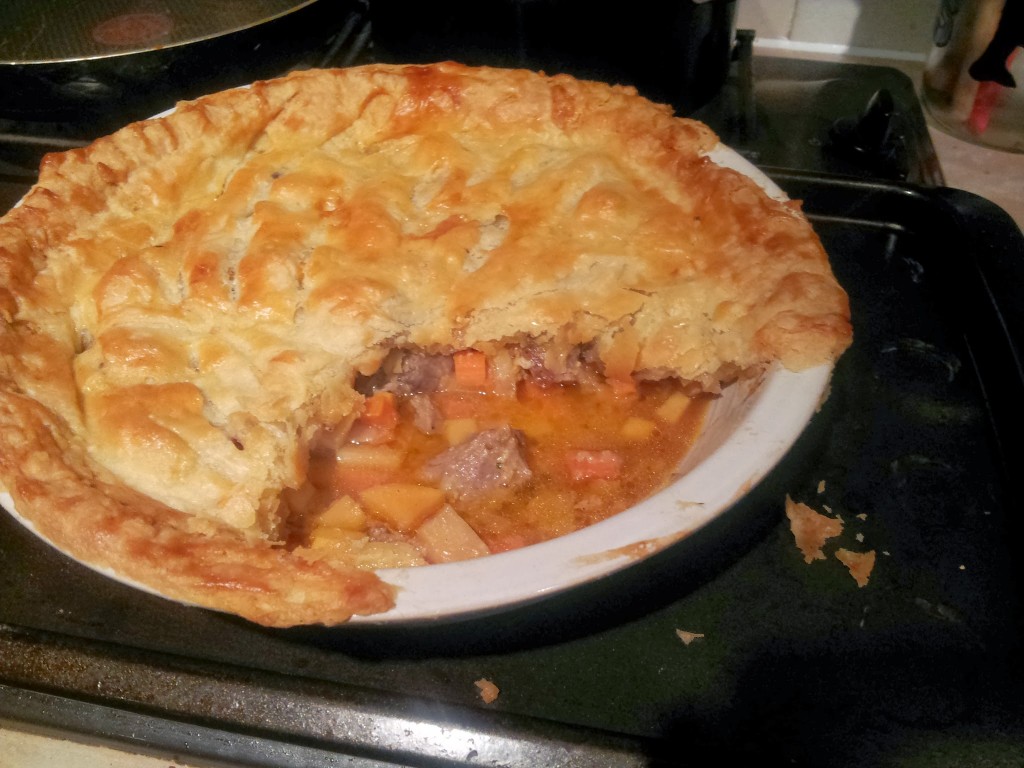 Sainsbury’s are currently pushing us to make more of your leftovers. Growing up, we always had a roast on a Sunday and leftovers for the next day or two afterwards. As often as I can, I like to do the same. I think it’s well worth spending a little more, buying a larger joint with the assumption there will be 3, 4 or possibly 5 dinners out of the one roasting joint! That’s the case with this lamb and veg pie, made from succulent lamb leftovers. Leftovers also went into my L & P, lamb boulangere.

If you’re not convinced you’re going to use the meat in the next day or two, slice the meat and freeze in portions. I tend to measure out about 250g roast meat as this a good size to scale up or down. Then you only need to bring out a bit at a time.

As well as this lamb leftovers bonanza, I also sliced up some roast pork. I made a pork rendang, based on this great beef rendang recipe. And here’s pork meatballs, blitzed up with a few going off cream crackers and a handful of chopped herbs, served with linguine and tomato courgette sauce. 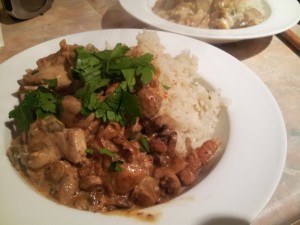 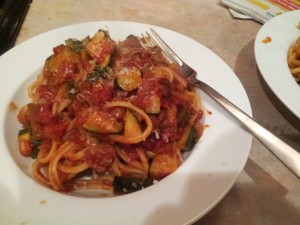 So it doesn’t have to be just ham egg and chips or sandwiches – although there’s nothing wrong with either of those! – but wherever you’d use meat in a recipe, you can probably use roasted meat instead. You’ll be able to make it much quicker as most of the cooking is already done.

Here’s a great selection of recipes from Sainsbury’s for making the most of your leftovers.

Want more leftover recipes? Try a potato pancake stuffed with goodies, a risotto made with stock from the carcass, or follow Sainsburys #foodgofurther hashtag on Twitter. 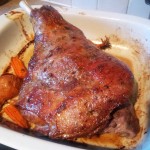