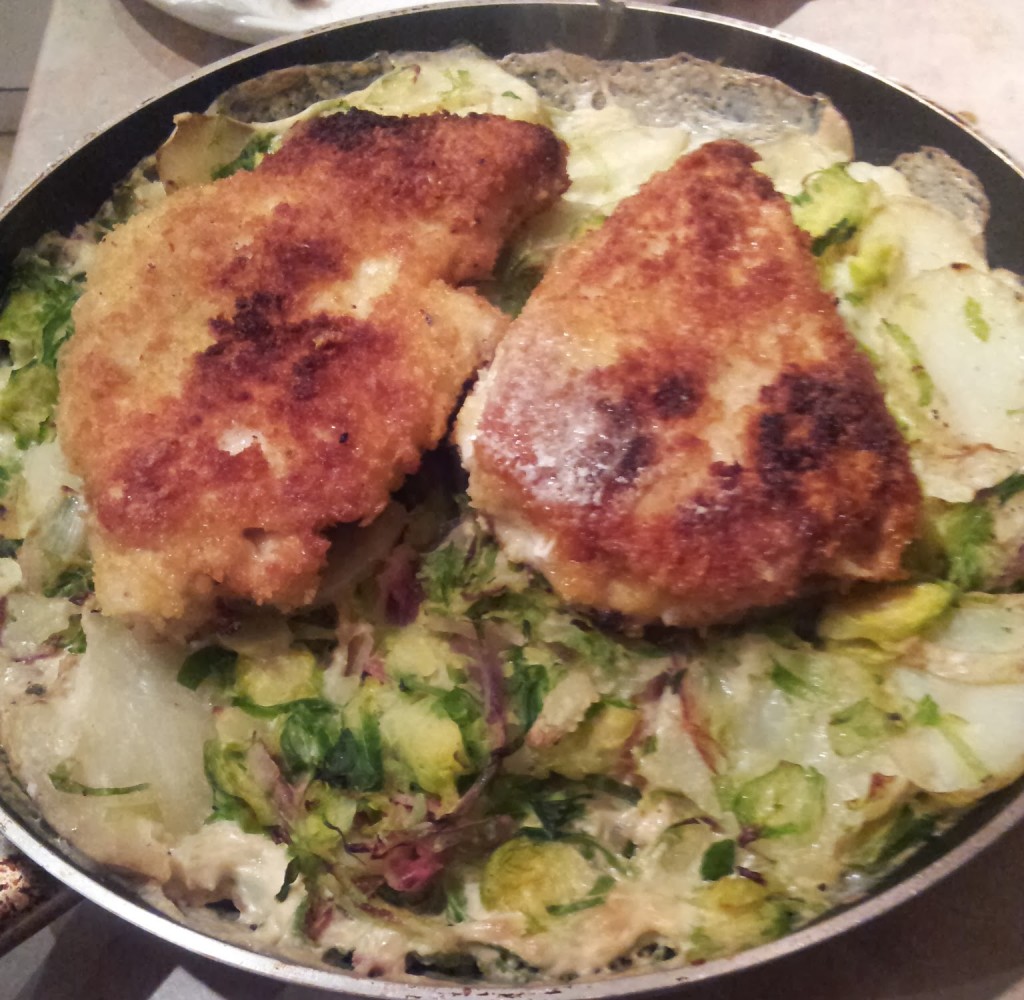 Yes! It’s sprout season again. Please don’t just boil them and leave them alone, there’s so much more to the little farty ball. Like here, a Brussels Sprout gratin baked with potatoes and cream for a great side dish.

There’s a video version of the gratin on my YouTube channel here:

I was chuffed with how everything turned out save for one flaw. To quote Michel Roux Jr “where’s the sauce?!” It needed a meaty gravy just to lend a little more moisture. But beyond that, it was dead good. A sprout is for Winter, not just Christmas.

Want more Brussels Sprout recipes? My Christmas dinner isn’t complete without sprouts and chestnuts, and you must check out my legendary sproutotto.