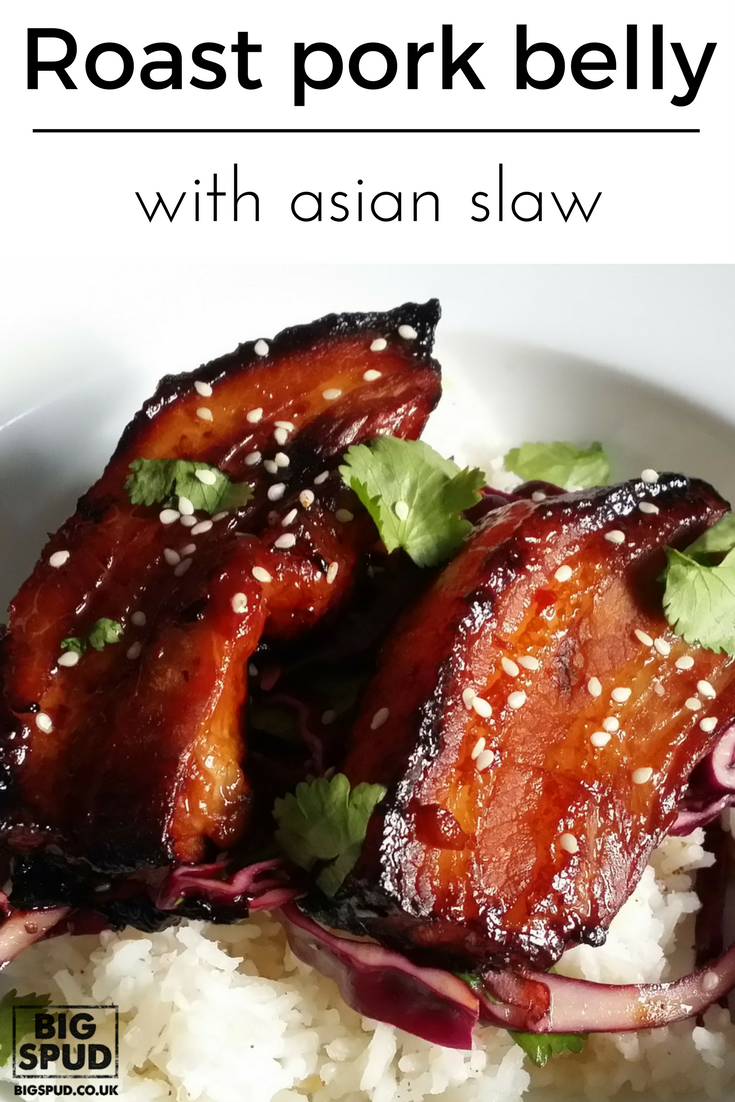 My daughter’s been learning to ‘magpie’ her writing at school. It’s a cute way to summarise: if you read something that you like, a turn of phrase that’s cool, or a way of describing in an interesting way, borrow it – magpie it. Just like the bird, take something you like and stitch it into something else to make it your own. I really like the concept.

Just as it should be in cooking. This recipe is a version of Jamie Oliver rice, some pork marinade of my own and a vegetable salad I’ve lifted from chef Adam Gray.

I was a guest of Great British Chefs where he showed us a light yet satisfying meal of grilled tuna, charred asparagus and Asian slaw. The mix of red cabbage and carrot in a sharp / sweet dressing is irresistible. 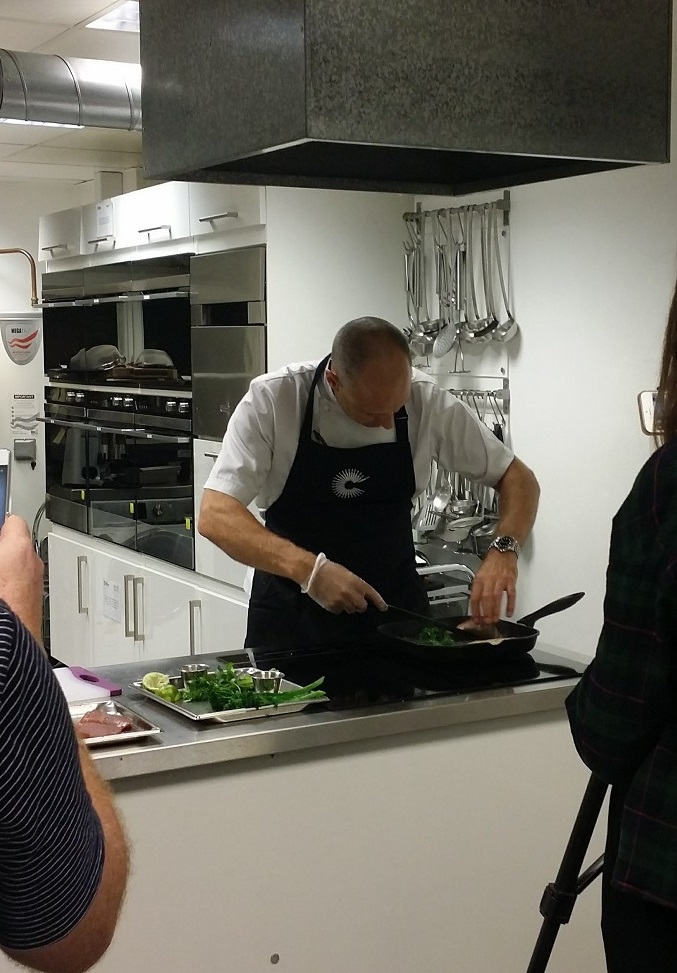 Chef Gray’s recipe was excellent, and one I’ve made several times since. 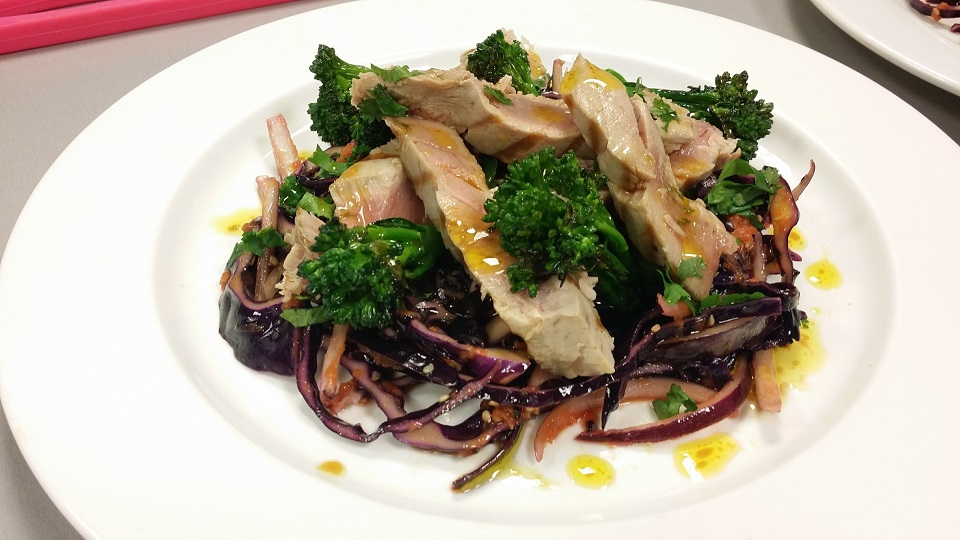 I’ve remixed it – magpied it – here with delicious pork belly, with a savoury rice. I’ve not used pickled lemons before but I can’t get enough of them now – seek them out!

roast pork belly with asian slaw and pickled lemon rice
Yum
Ingredients
For the pork marinade
For the slaw
For the rice
Servings: people
Instructions
Share this Recipe