Sage Appliances (also known as Breville) offer a range of automatic and manual toasters. This is a review of the Sage ‘A Bit More’ 4 slice toaster.

Here’s my video review of this toaster:

Check out this toaster on Amazon.

Sage’s appliances are known for the high quality finish and thoughtful tricks. This toaster is no exception; as with most of the range this toaster is finished in brushed steel, with a chunky appearance and large buttons. The ‘tricks’ in this case boil down to these features as far as I’m concerned: 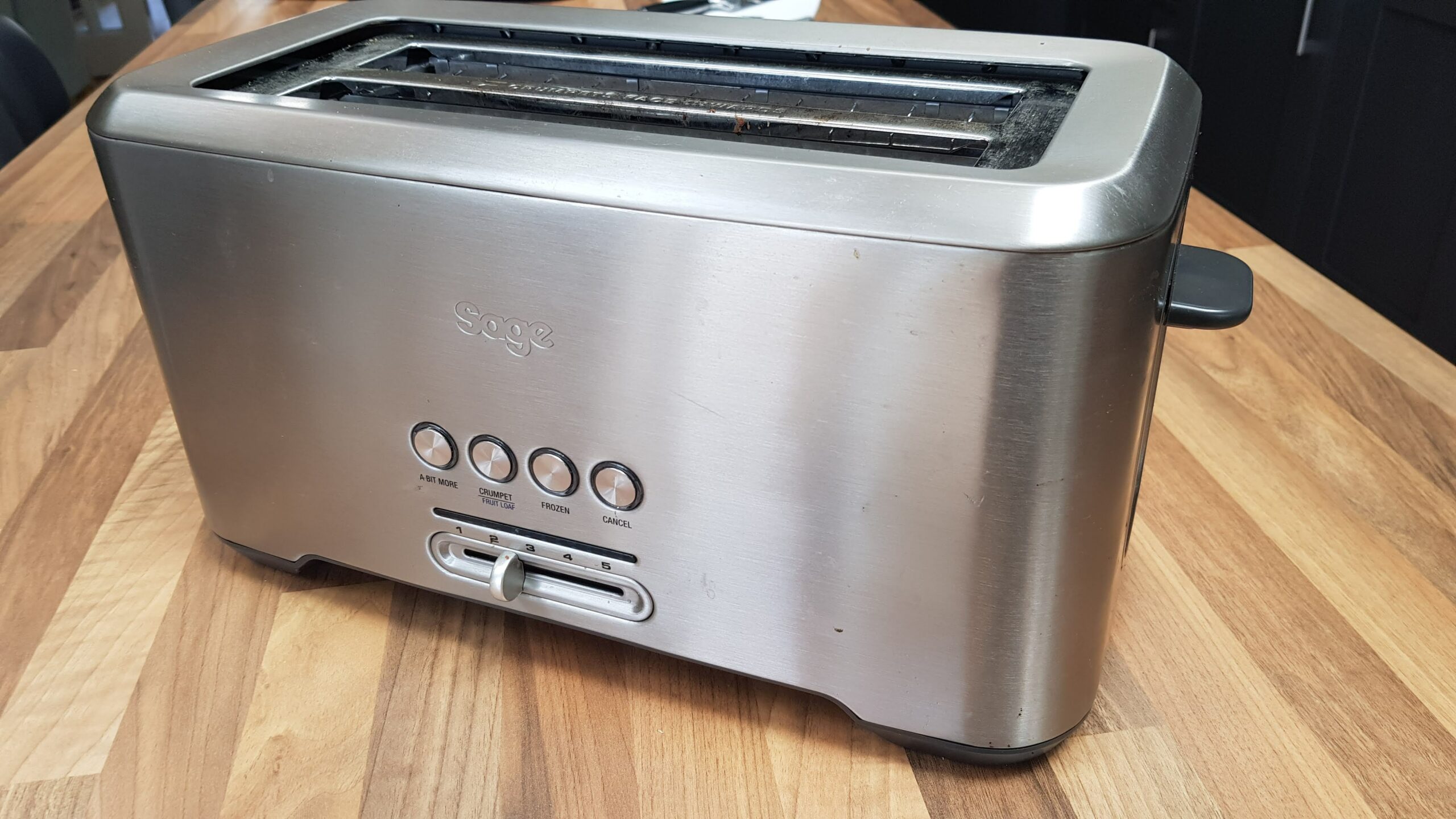 All little features that add up to inventive design.

As ever with Sage products, these come with a price tag that puts them above run-of-the-mill appliances. At time of writing it’s £99. A lot for a toaster, you can likely pick one up for a little over £10. But it’s the clever gimmicks that end up being more than gimmicks – the LED timer, the ability to look at the toast while cooking. And the button that gives it it’s name – A Bit More is exactly what it needs without sending it straight to burned.

I think it’s a great gadget – if you think about how many times you use a toaster in a week then per use that can make the maths stack up.

PS numbers on toasters don’t refer to the time 🙂