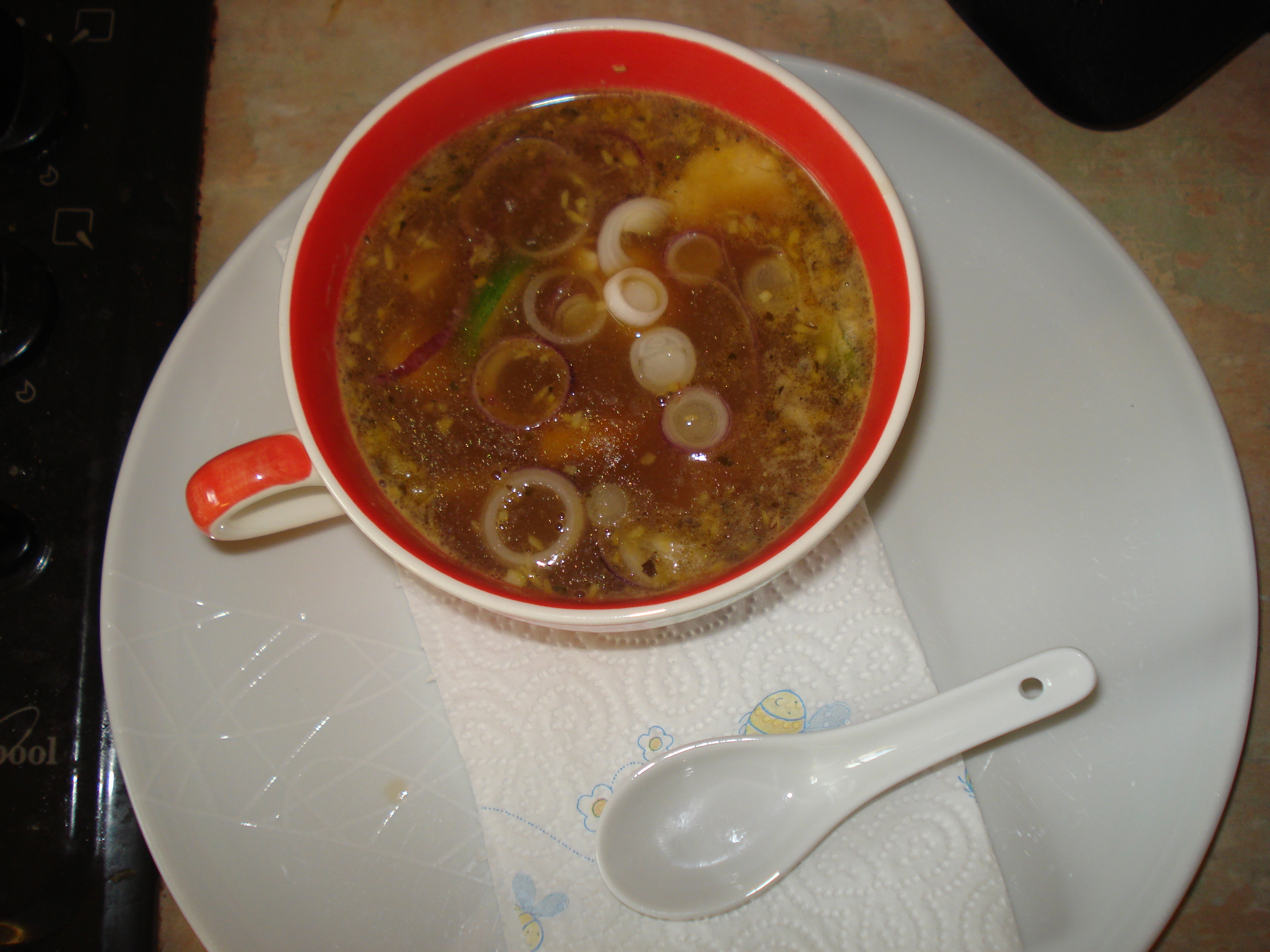 It was one of ‘those’ Mondays; very little in the cupboard and mouths to feed. What I did have however, was some Tilda Stir Fry Thai Green rice and one of Jo Pratt’s recipe cards from a recent cookalong. Using that as a starting point I knocked up a ten min din which was slurpy, filling and had that tickle of heat rolling through your mouth and leaving you with a warm feeling in your belly.

The Tilda rice helpfully skips all the pastes and mounds of herbs and spices, which gives it a real authentic taste. It may sound like a complete shill but I believe in the product – we’re all busy people and these kinds of ethical prepared foods give us handy shortcuts. Sometimes you have the time, and you can bash down a Thai paste and simmer the ingredients gently. Sometimes you don’t and that’s where these come in.

I decided to use a yaki soba style sauce to enrich the broth, and yanked courgettes and carrots from the garden for veg. However my coriander was looking decidedly ropey and attempting to go to seed, so rather than use the leaves I went for a coriander “bouquet garni”, tying some stalks together and leaving it in the soup to give out flavour as it cooks. I’d prefer to use the greenery but it’ll do in a pinch.

(PS. Note the oversize teacup serving dish. I really must get around to buying Chinese style soup bowls – I have the spoons but no bowls!)

Bunch of coriander stalks, tied into a bundle

For the yaki soba sauce: