tagliatelle with mushrooms and asparagus 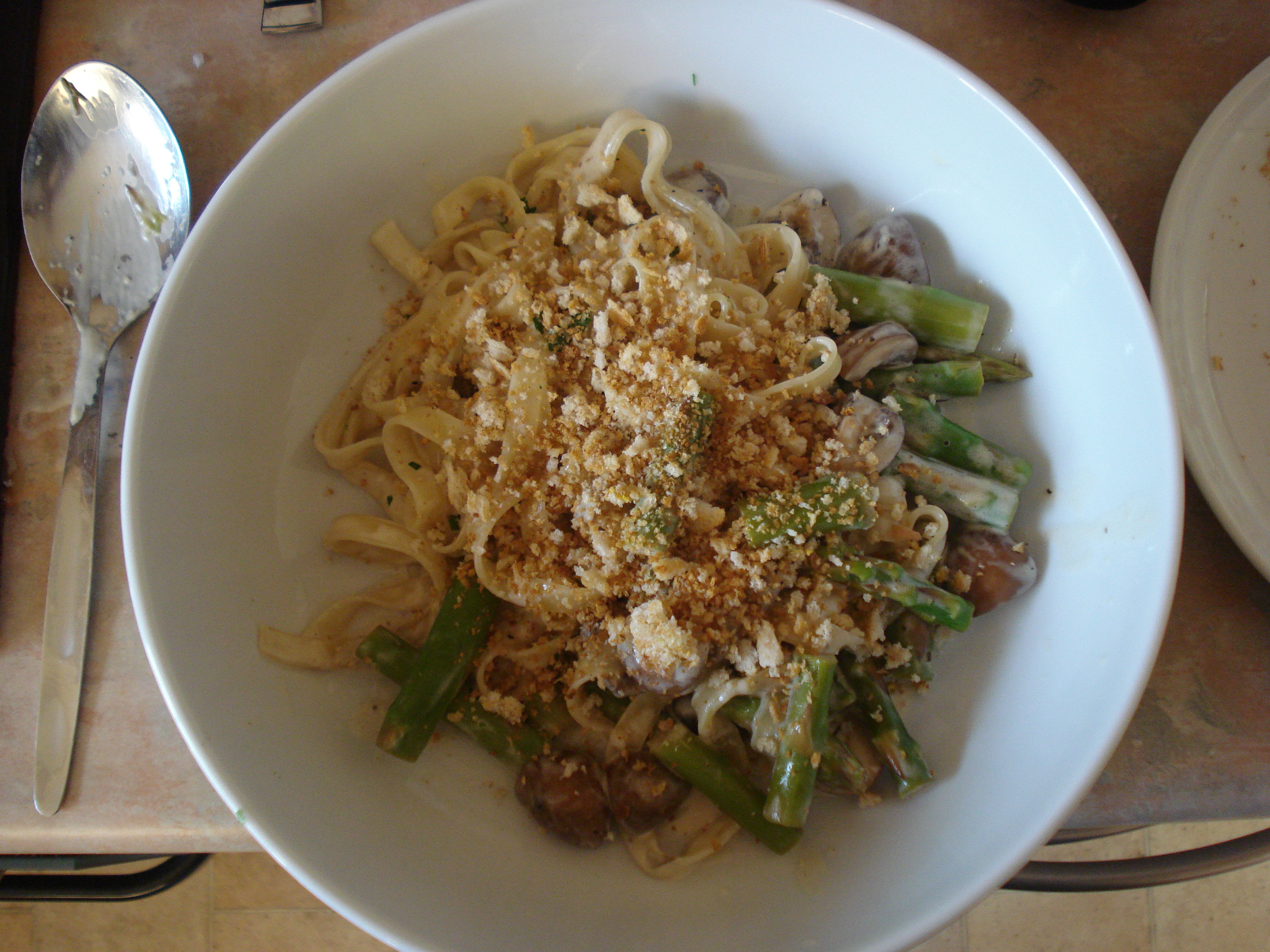 , since you ask. It’s one of those kind of throw-it-in pasta recipes that I like, where the sauce is made in the same time as the pasta boils. In Ottolenghi’s original recipe it’s not explicit but you work out that you need four pans going at once which is a little mean. I’ve simplified mine down so you have a far-more-acceptable 1 frying pan + 1 saucepan combo. The crunch provided by the breadcrumb topping is a winner, I will certainly use it elsewhere.

Tagliatelle with mushrooms and asparagus (serves 2):

A tablespoon of chopped parsley