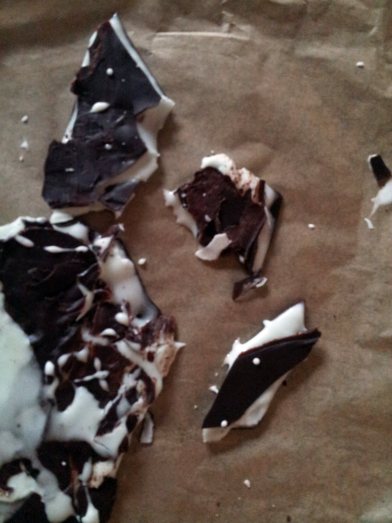 When food ideas strike me, I can’t let them go. Such as my idea to make After-Eight style mints. The experiment was pretty good, but of all things to get wrong, I got the chocolate wrong. I used some of Willie’s 100% cacao and it was just too bitter for the mint. Find a piece where the chocolate was wafer-thin and it was great, so it was nearly there. Just stick to a 70%er.

After dinner mints (makes a giant slab the size of your baking tray):