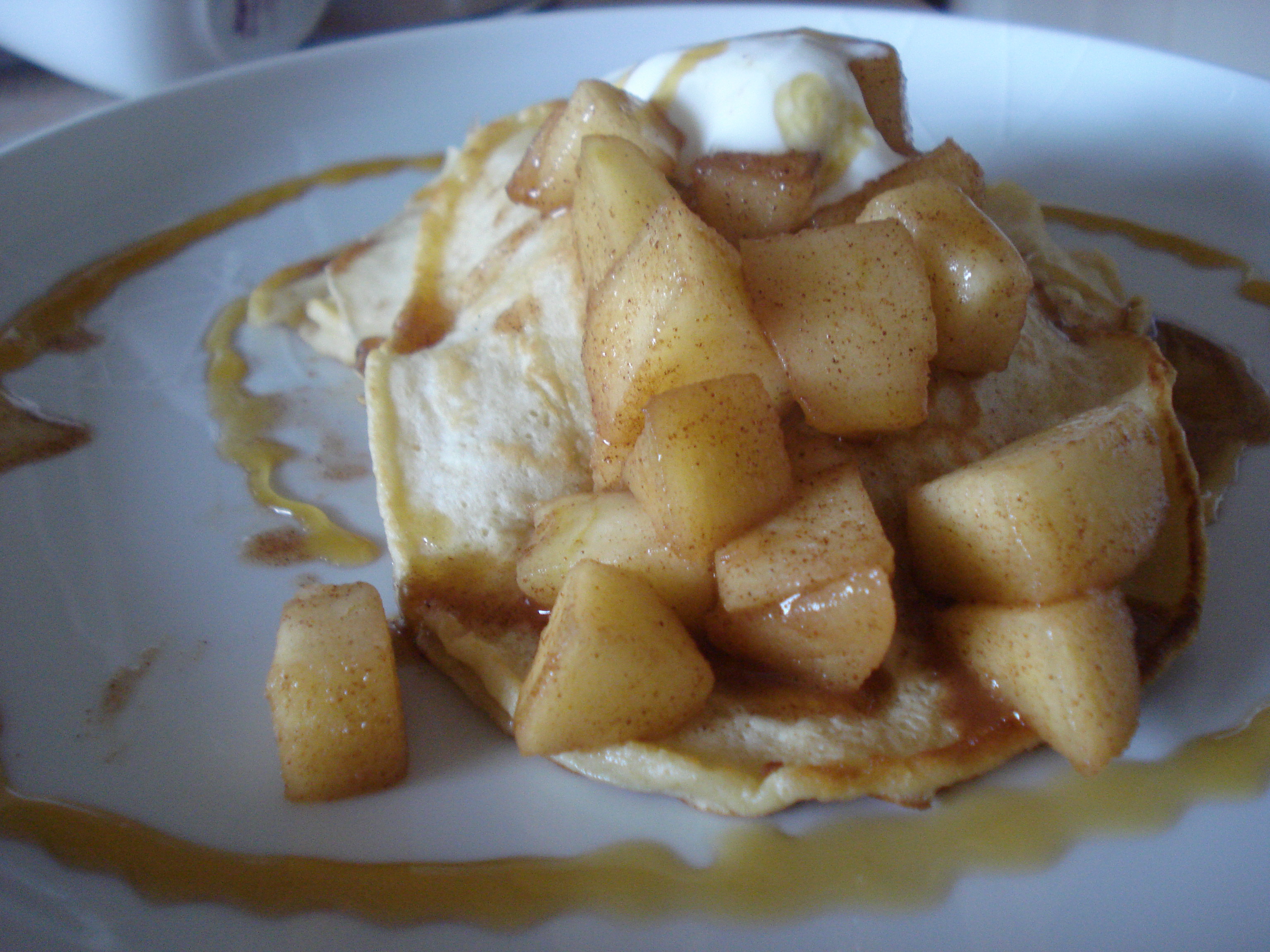 Pancakes for breakfast are the perfect Sunday treat. Usually the whole family gets involved, someone peels apples, someone cracks eggs, someone whisks up the batter and someone cooks. I can almost pass it off as healthy when there’s fruit involved… OK, maybe not. The presence of apples here is bittersweet against the tang of Greek yoghurt and the sticky sweetness of maple syrup, all soaked up with a fluffy pancake.

There’s nothing wrong with the accepted crêpe-style pancake on Shrove Tuesday, but for a change you could do worse than these more American types. And while you’re thumbing your nose at tradition check out this amusing Miffy pancake and mould. The mould plops out pretty rabbit heads! Apologies for the self-indulgence but my 3 year old would go absolutely bananas (sorry, apples) for this, given that she sleeps in a Miffy bed-spread clutching her Miffy rabbit nearly as big as her, after being put to bed with a Miffy story.

If you can’t get hold of one of those, a round pancake would be just as good. Just don’t let my daughter know they come in rabbit-shapes or she’ll never eat anything else.

1 apple per person, peeled and diced

A mugful each of flour and milk