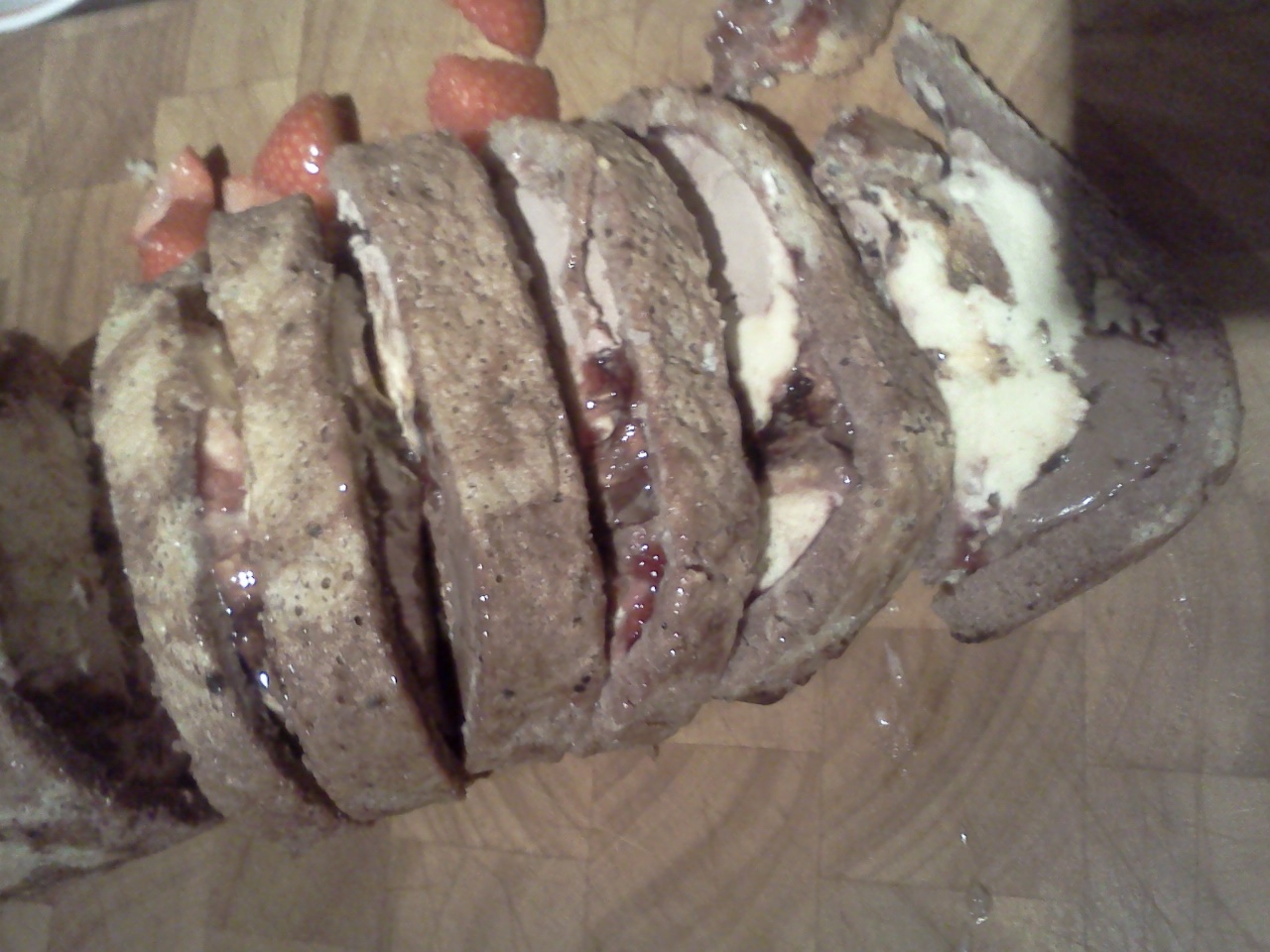 This one is straight from the pages of Jamie’s Great Britain. I don’t have particularly as strong memories of arctic roll as other people seem to – but what’s not to love here? Ice cream, jam, sponge…

And it is good – but it’s extremely similar to his pudding bombe masterpiece (which I’m making for about the sixth time this week, do try it now pannetone is in the shops). Given the choice I’d have the bombe every time.