baked penne with bacon and porcini 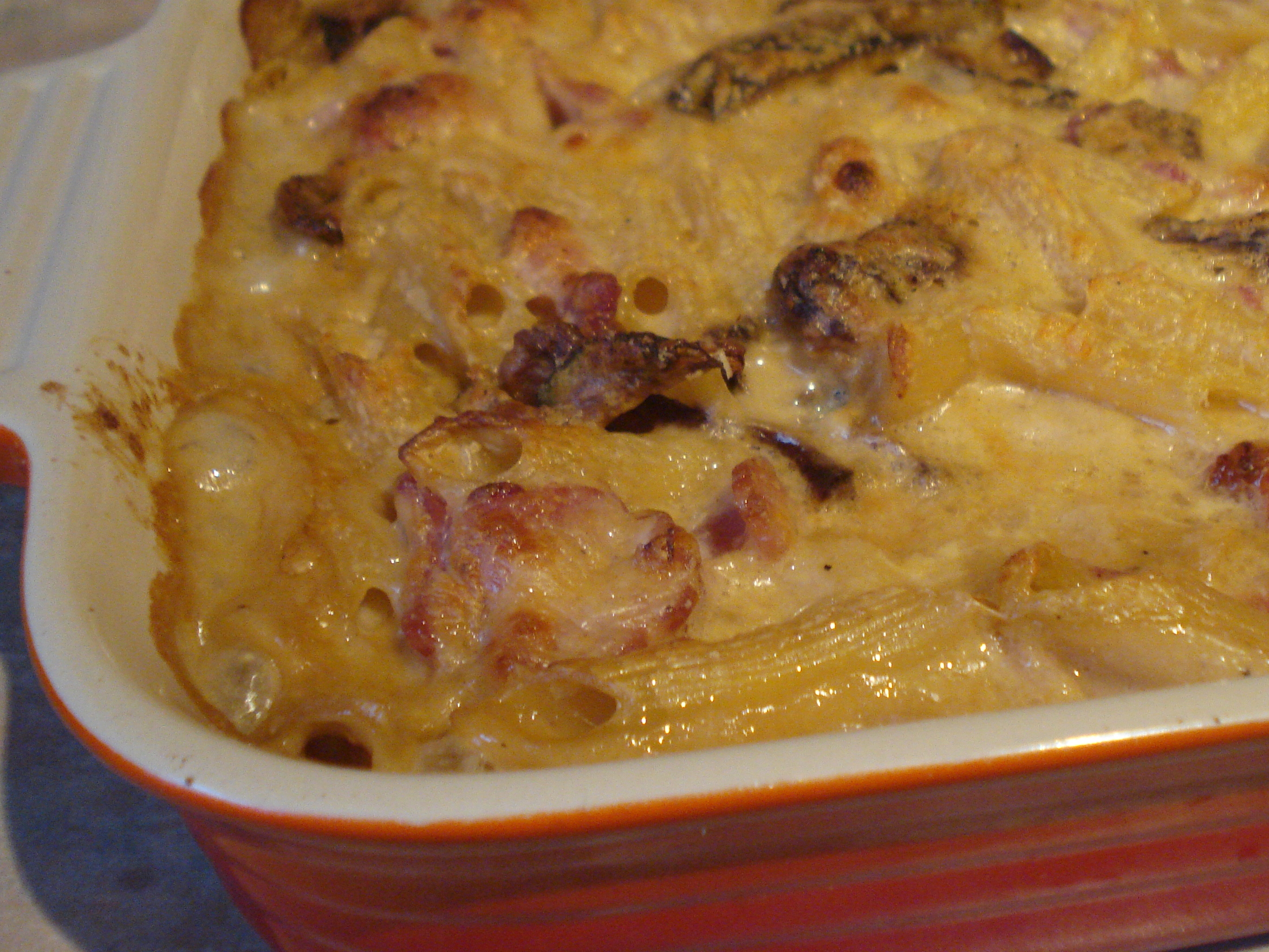 I’d heard excited whispers on Twitter about a new BBC programme from Simon Hopkinson called The Good Cook. His name was only distantly familiar to me; I wasn’t directly aware of him.

So I sat down to watch it with little expectation. I became an instant convert. Simple, honest food that is achievable, excellent and done with love.

Just about everything featured is worth cooking, in a programme refreshingly devoid of format, gimmick or travelogue. Only the tiniest scraps of production remain: incessant overuse of funky chart hits, just because the BBC can; and occasional 30 second jaunts to far-flung places showing stock footage of people making cheese.

These are minor quibbles against the brilliance of Simon’s own natural easy going charm and obvious skill. His effortless style makes everything look easy and worth trying. So I’ve started with this, a luscious and rich pasta bake with a few small changes down to what I had lurking around waiting to be used up. It’s absolutely tremendous and really easy. It even encourages the all-in-one roux method which works like a dream to produce a silky and slurpable sauce. Please run to your storecupboards and try it now. You must have some of those dried mushrooms in there somewhere, right?

A couple of tablespoons grated parmesan