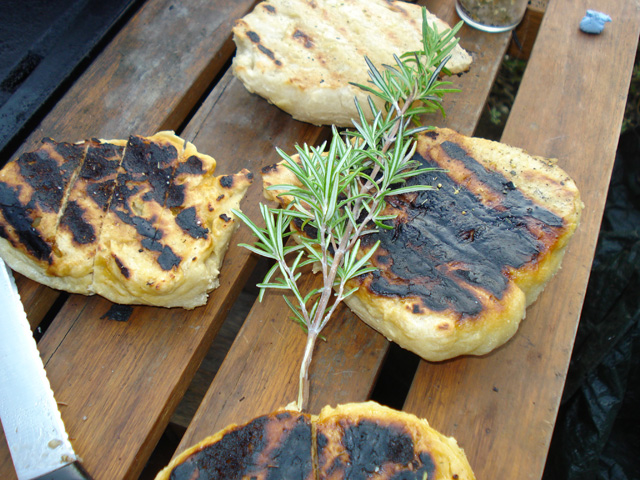 After watching a fascinating article on Rick Stein’s Far East Odyssey, I grew into the idea of cooking bread on a grill. Not something I’d done from dough – I’d grilled existing bread but not taken it straight from the proving on to the fire. What the hell.

Went with a pretty basic bread recipe – might as well start simply – and allowed a hefty double-proving. Then whacked blobs of it on to a mega-hot barbecue until darkened on both sides. After turning once I used a rosemary sprig to douse them with olive oil. The results were puffy and interesting, not doughy at all considering a total of about 4 mins cooking time. My only complaint was that I was after something a bit more flatbready. Next time before second proving I would roll flat and pitta-esque to achieve that Turkish-style puffy bread.