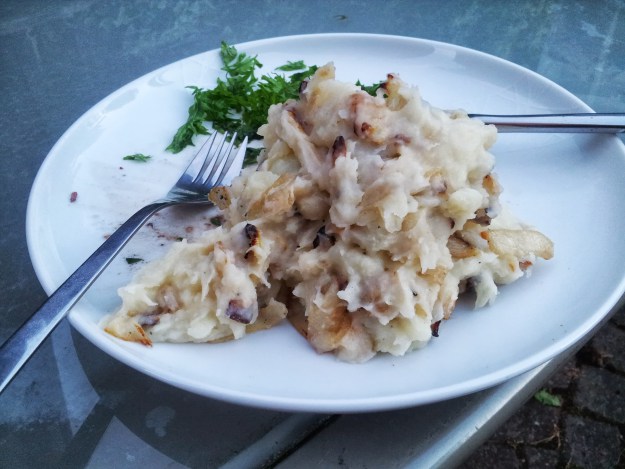 The other week, I got my hands on a Masha

. It’s a new potato mashing device that looks pretty much like a hand blender. I’m sure you’ve heard the horror stories when using a stick blender on mashed potato: you get glue. The fibres tear, leaking starch everywhere and the whole thing coagulates.

This gadget comes with a fabulous verb though. It extrudes. In other words, it pushes the potato through some holes. Doesn’t sound that revolutionary but it really does make some pretty fine mash. Sexy looking device too, and it washes up dead easy to boot.

Would I use it much? Probably would actually. I surprised myself. I was absolutely certain this was going to a once-only toy but the speed and ease with which it makes smooth mashed potato is impressive. I prefer mine smooth to chunky and this is much quicker than mucking about with a sieve, which is my usual weapon of choice.

Butter and milk, to taste