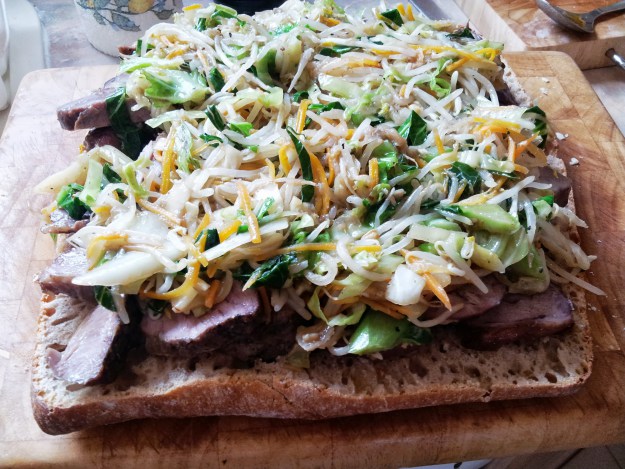 Give me an excuse to do a posh sandwich, and I’m there. Inspired by a recipe in a recent issue of the Jamie magazine, this recipe crosses the Vietnamese baguette with the New Orleans superbap. Truth be told it’s only a little of both, but gives you an idea where it’s heading.

One of my colleagues came round for lunch and I had to make this for him. He loves Asian inspired flavours so it was right up his street. This also marked the first time I cooked with and tasted pork cheeks. Much more offaly than I was expecting, though the texture was sticky and tender. I liked them, but I’d rather have pork belly. I felt it pushed this sandwich in an odd direction; I’d like to try it again with a more conventional pork cut such as shoulder or leg.

Read my colleague’s Richard blog at Everydayleader. Thanks to Farmison for the pork cheeks.