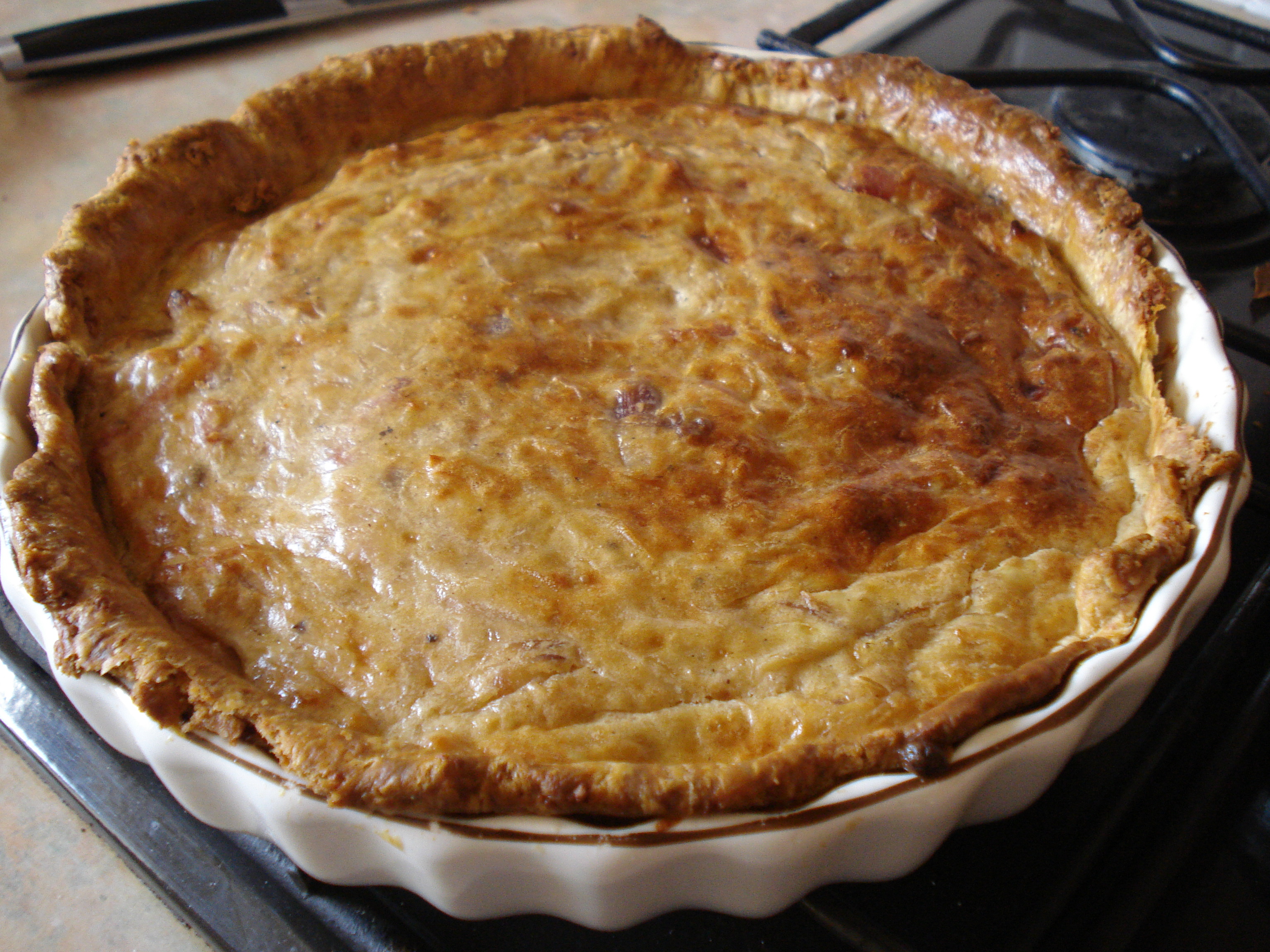 Raymond Blanc has recently trotted around France cooking for locals. In A Very Hungry Frenchman Raymond acted as part guide, part tourist in a manner similar to Two Greedy Italians. I couldn’t quite figure out whether Raymond was well known in his home country or not – sure he has a spot in Paul Bocuse’s Les Halles de Lyon but little clues other than that. The program was very entertaining if a little long, with Raymond giggling his way through the food and showing his affable passion. Each programme showcased a different region.

In his Alsace episode this recipe for an onion tart stopped me dead. I thought it looked the business so I had to give it a go. Not content to leave it alone, I added cheese to the pastry to add another layer to the flavours. I was recently sent some Old Amsterdam cheese, not a brand I’d previously heard of. Trying it raw out of the packet I was knocked out by it’s punchy flavour, like a soft, tangy parmesan with a cheddar-like texture. I’ll definitely be picking some more of this up.

The tart itself is quiche-like, set with eggs and packed with sweet onion flavour. I didn’t have the deluxe variety Raymond was celebrating so used a mixture of regular brown and red onions. It’s a dense and tasty tart, and I was very pleased to have the cheesy pastry as an accompaniment; cheese and onion is a classic combination for good reason and the saltiness crumbled beautifully next to the onions.

It’s a lovely recipe for a Sunday lunch or cold as a part of a picnic. I served mine with salad and a lemony avocado dressing (the dressing from this one).

Based on this recipe by Raymond Blanc