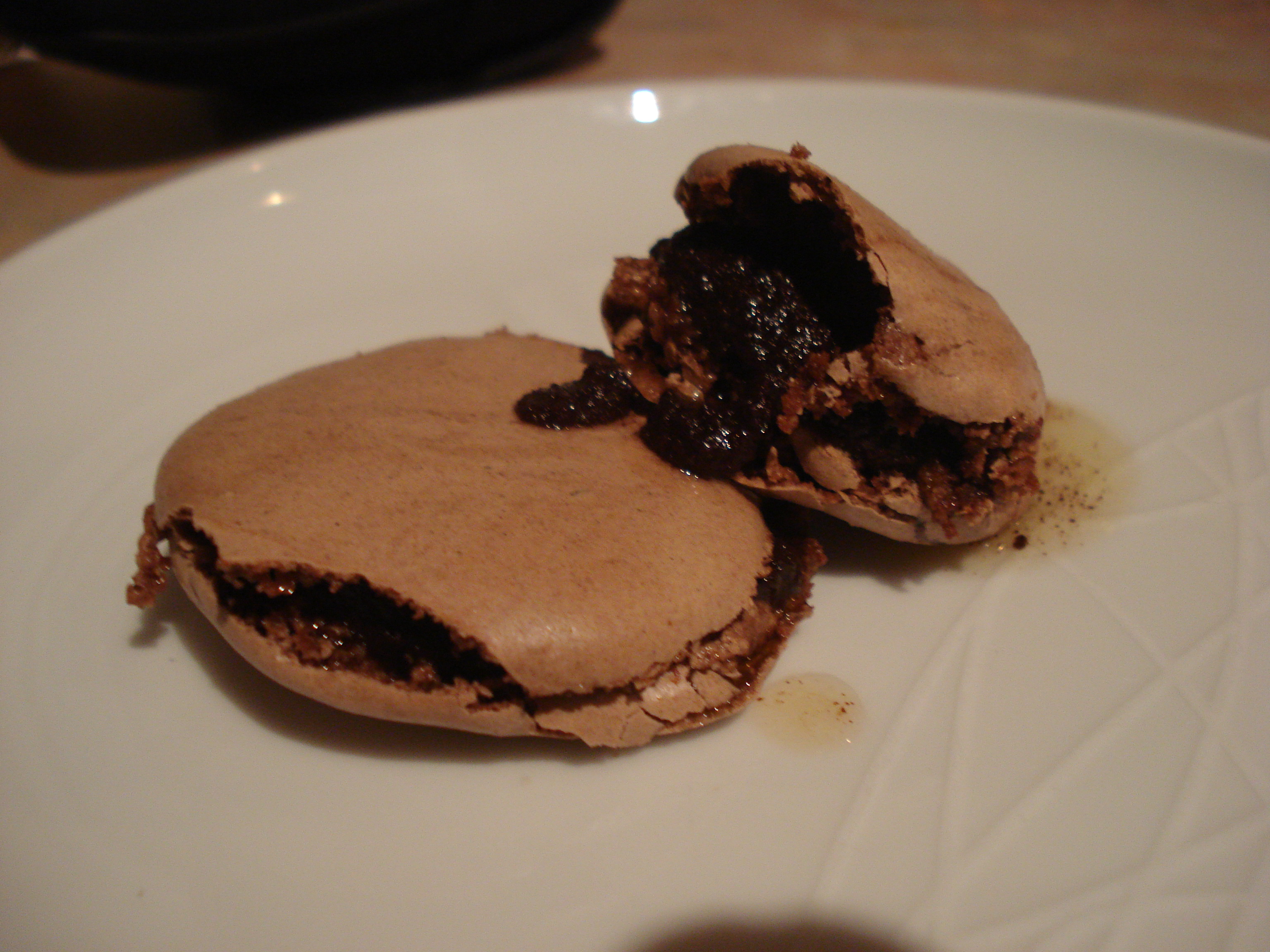 Apologies for the dishevelled appearance in the photo, sadly the decent ones went immediately!

I have attempted macarons before; often problem-laden and unpredictable. The worst part was trying to let them set to achieve the mythical ‘foot’; the gluey bit on the bottom that forms that crusty ring. So when I was invited to a pre-launch macaron class at the Waitrose Cookery School I jumped at the chance.

The training kitchens, situated in Goldhurst Terrace, London, are immaculate. Warm, open and inviting, it’s difficult not to feel completely welcome and at ease. Lots of bright lighting and muted wood tones give a relaxing feel to the lobby, giving way to the pristine whites of the actual cooking area. There’s also a TV studio-style lecture theatre.

Headed up by Gordon McDermott the brigade are full to the brim with chefs fresh from Michelin-starred kitchens to train and teach. Our main chef-tutor for the evening was James Campbell, a confident and engaging Scot of undoubted skill. He took us through the recipe effortlessly before dispatching us to give it a whirl. Paired with the affable Craig of London Food Detective, we set to with jolly expensive food mixers and brand-new ovens to macaron like we had never macaron before. We had a whale of a time.

We made a few mistakes, in timings and piping, but then where better to make a mistake than under the guidance of someone who use to churn out 300 desserts a night for Gary Rhodes? James pointed out the errors of our ways and set us on the right path. His techniques in instructing me how to pipe were fascinating and obvious at the same time. It’s those pro tips that you only get from doing the job for years at a professional level that makes it all worthwhile. We’d made some cracking (no pun intended) bitter orange macarons. There was also some cocktail instruction going on but I had to get our confections out of the oven! Some mulled wine macarons were also passed around and they were sensational. Filled with a boozy buttercream and a hit of syrupy reduced mulled wine, they are sure to be a hit this Winter.

If you’re considering a cookery class, or looking for a gift for the foodie in your life, try the Waitrose Cookery School. The facilities and tuition are top-notch. As a former trainer myself, I can spot a decent coach and everyone there was great.

For these chocolate and caramel macarons (known as Makka-Pakka-Roons in our house for their beige colouring) I adapted a recipe James provided. And how delightful they were. Crisp shells with chewy interiors, and sweet gooey fillings, these were a real hit. The key trick is to make them with an Italian meringue, that is made with a syrup rather than adding caster sugar while whisking. This means you don’t have to leave them to sit which is the real trick to awesome macarons.

Chocolate and caramel macarons (makes about 30):