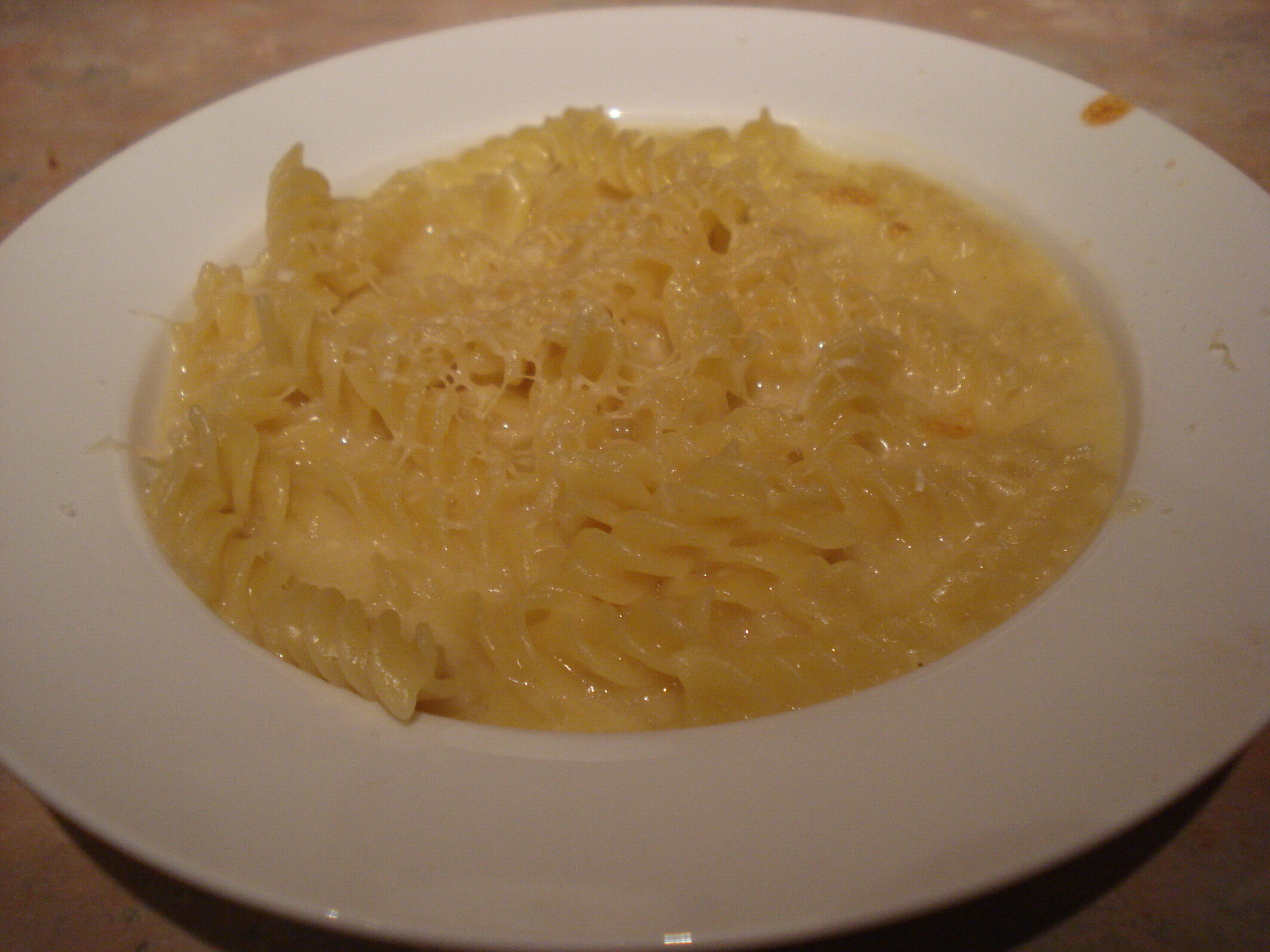 Yes eagle-eyes, you’re right: that’s not macaroni in the picture. But this recipe is full of substitutions. What it tells me is this recipe has a great base from which to build on.

This is Heston’s recipe for macaroni cheese from How To Cook Like Heston, and is predictably very, very tasty. Like most people I usually kick cheese sauces off with a roux, but this approach melts cheese into reduced wine and stock. I’m amazed it works. I think I let the cheese cook a tiny bit too long and it started to split on me, but just about caught it in time. I also veered off from the recipe as I didn’t have a posh cheddar, nor cream cheese in the house but instead let it down with pasta water. That’s another bonkers bit – in the original recipe the pasta is cooked in a very shallow amount of water but I didn’t quite have the attention to monitor that one today. I boiled it in the usual way and it worked just fine.

I’ll definitely be making cheese sauces from this base in future – no more floury rouxs for me.

The original recipe is here, and you can find it in Heston Blumenthal At Home

(as “truffle macaroni”) as well.

A few drops of truffle oil