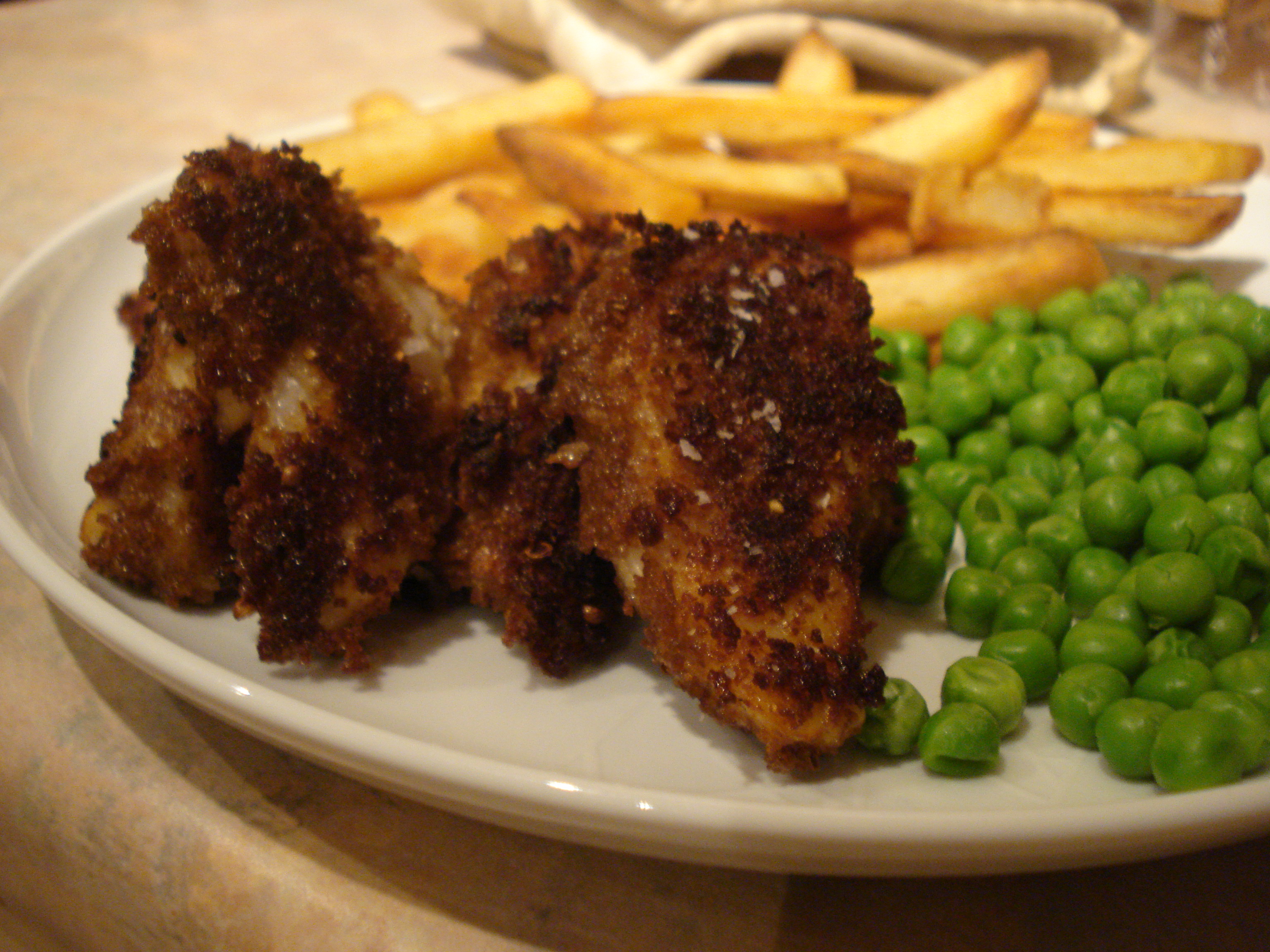 When I think of “rye bread” I think of “pastrami on…” and that’s about it. Yet I can’t think I’ve even tried it or not. So I was sent some Village Bakery Rye Bread recently and looked at it with arched eyebrows. Mrs. Spud jumped on it, being a fan of the German bread of this type.

I tried some with a little cream cheese at first – it was the savouriness that really got me, and deep flavour. I really enjoyed it. I tried some lightly grilled too and the crispness gave it an interesting texture.

I was sent some with a view to promoting the Try Rye challenge – replacing regular wheat bread with rye bread to lose weight and / or feel less bloated. It’s definitely an interesting alternative, head over to the Facebook page for more information.

I’m always looking for the recipe angle – and it was the flavour possibilities of the rye bread with coriander that interested me. Combined with some superb Farmer’s Choice cod I had the idea of making chunky fish fingers. With a few extra spices and flavourings the rumbling rye flavour and silky cod are brought together to create a great combination.