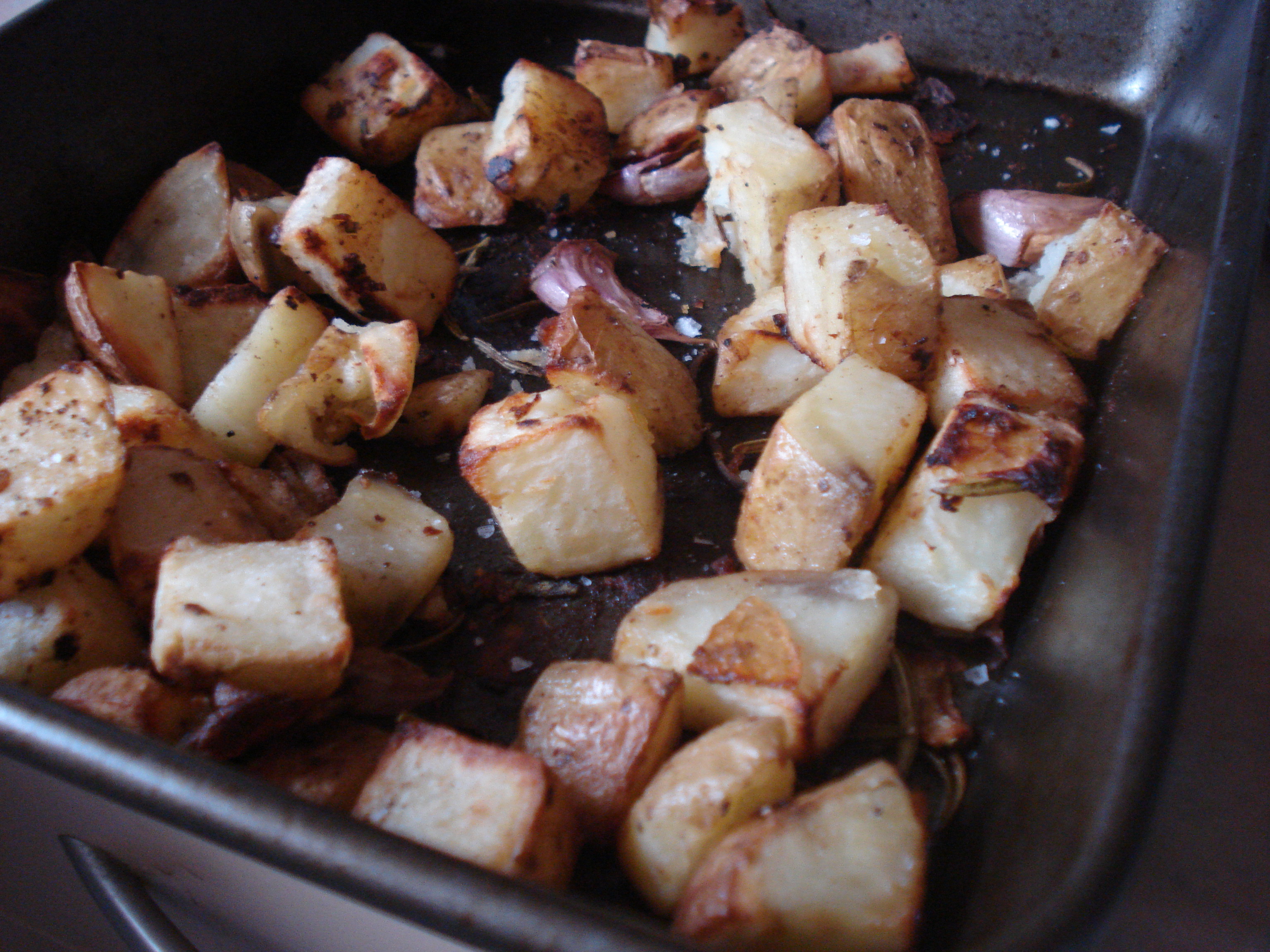 You manage to get some up-close-and-personal time with a skilled and famous chef. You’re spending relaxed time in his company after watching the man cook food for you in his whites. He’s poured forth detail on his family life growing up and told you of the bittersweet feeling as he approaches a milestone birthday.

Jean-Christophe Novelli is being nothing less than his charming self. He’s opened his heart and his kitchen to you. So what do you ask him?

“What your recipe for perfect roast potatoes?”

How could I miss that opportunity? I admit I was a little surprised by his method. But I can’t ignore a new technique for roast potatoes!

It throws a lot of what I usually do out of the window. It’s very simple though: mix with seasonings, a quick flash-fry on the hob, then straight in the oven with no fat. Weird.

I was cooking a lovely sage butter-smeared roast chicken this weekend so I tried them (alongside a batch of regular roasties in case they disappointed!). And they were pretty good. Crunchy, tasty, and very potatoey – leaving the skins on and not diluting in water retains the potato flavour strongly. And very healthy, given there is no fat involved at all, and because the skins stay on many nutrients are kept there.

But make no mistake, while interesting and useful to know they are not classic roast potatoes to put alongside my Sunday lunch.

1 potato per person, diced to about 2cm pieces (skins left on)

A couple of fat cloves of garlic, squashed

A couple of rosemary sprigs