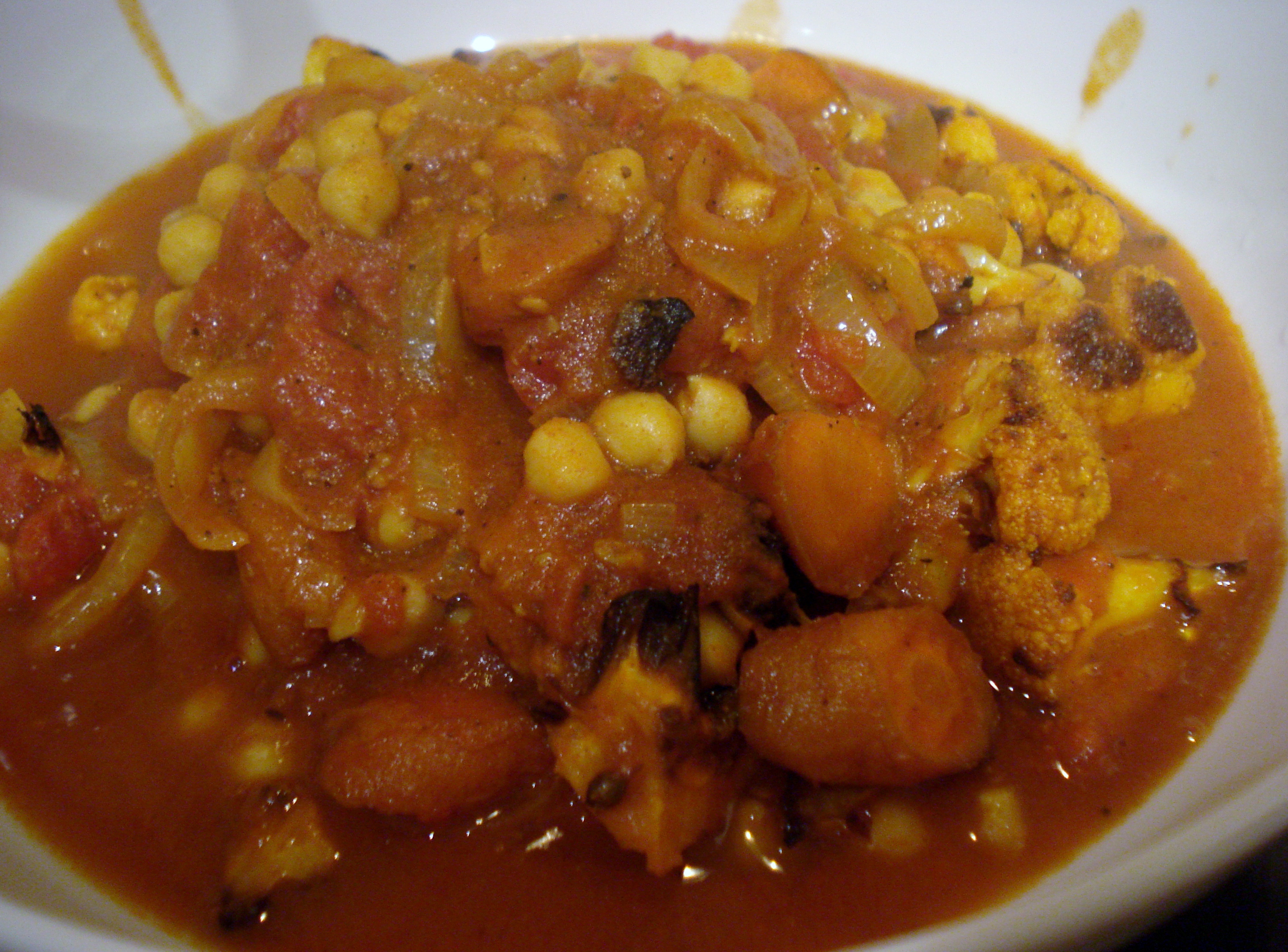 I’ve been on a mad rush of curries lately. With how much I’ve enjoyed Leon’s crispy roast cauliflower in the past few months, it occurred to me that this method of cooking is identical to the tikka style of barbecuing the meat separate to the sauce. With the addition of lentils to make it a fuller meal and Patak’s taking care of the spices, this was a glorious curry.

1 head of cauliflower, hacked to florets