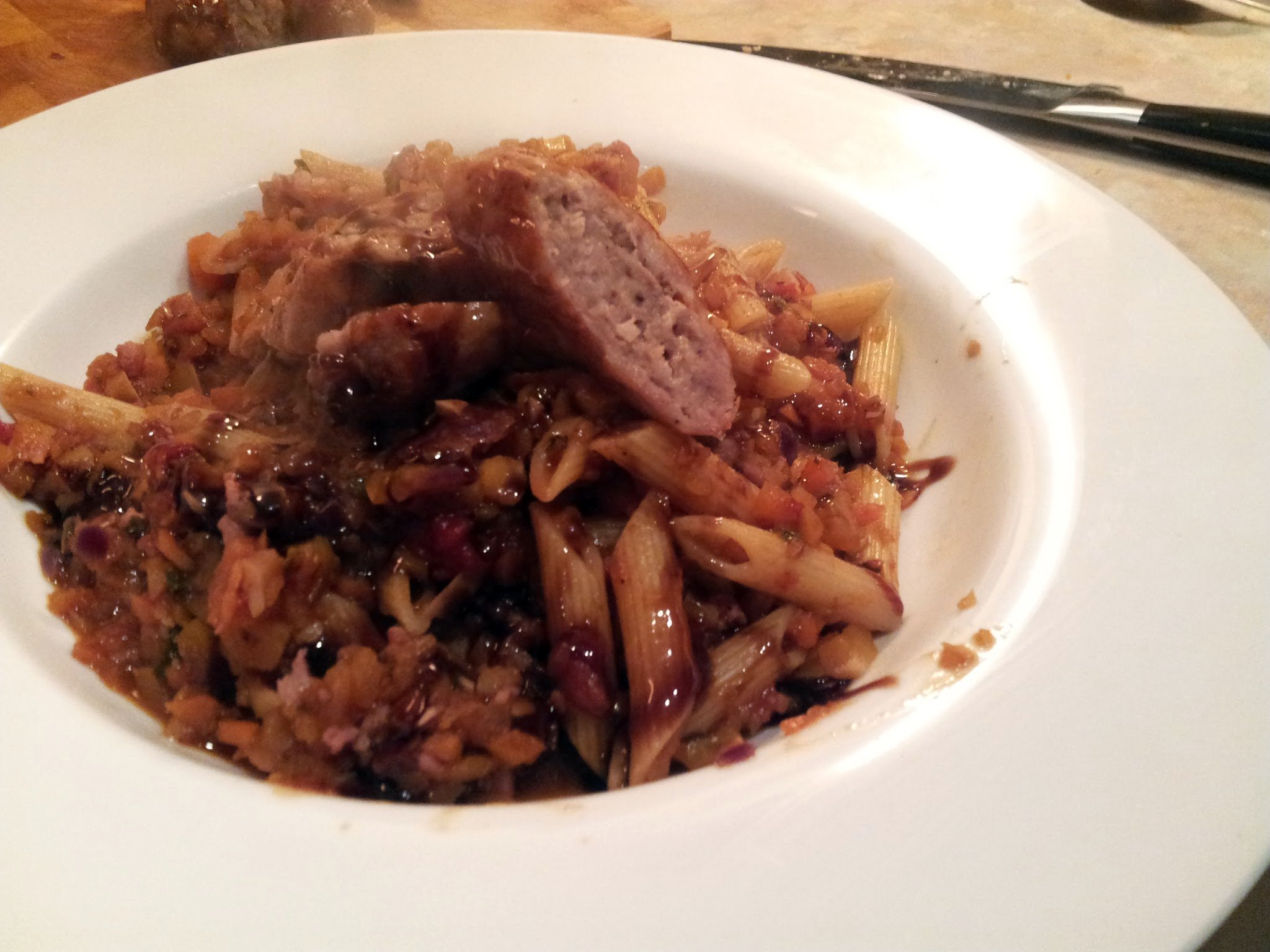 Here’s a dish perfect for this time of year, but still doesn’t feel like stodge-o-rama thanks to the amount of veg involved. The star ingredient is the sausage, a meaty banger from Simply Sausages. I used their No.1 Recipe Smithfield Original, a relatively unadorned sausage which gives the pork plenty of space for flavour. Mrs. Spud and I thought it was quite simply the best sausage we’ve ever eaten.

. Essentially process a whole bunch of root veg  and fry with bacon and tomatoes as a sauce base! It’s a recipe with lots of room to maneuver, by just swapping the veg in and out you get a different taste each time. And even if you take it easy it should be 20 mins work, tops.

Thanks to Amanda from ZPR for the sausages!