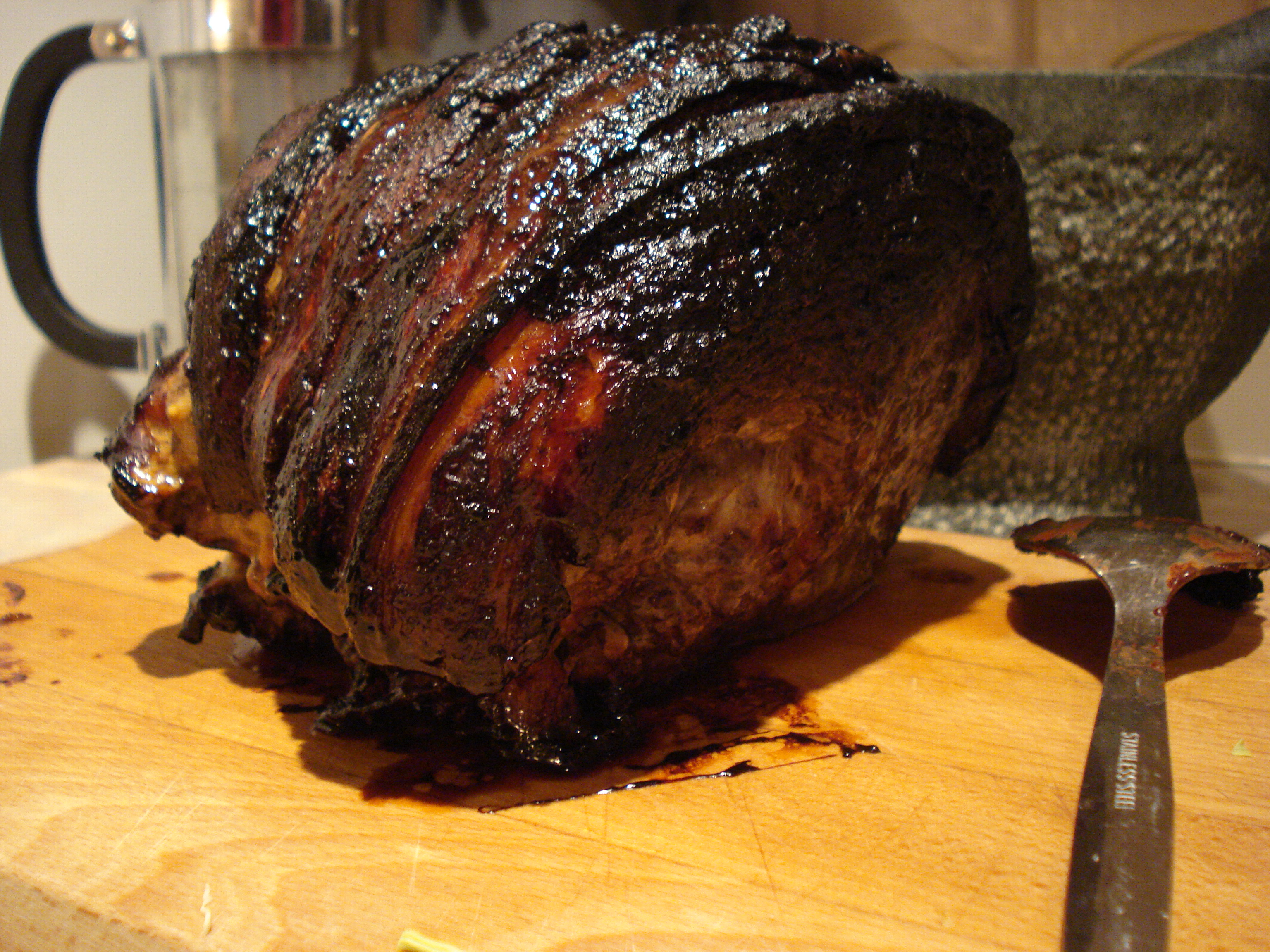 The matching of sweet with savoury has always intrigued me, particularly the South American favourite mole. I’ve never tried it but I really must get round to it. Whilst watching Market Kitchen the other day I saw cacao-magnate Willie Harcourt-Cooze injecting a pork shoulder with a spicy chocolate baste. Like him I am often disappointed with pork marinades: the flavour sticks to the outside but doesn’t penetrate the meat deeply, so your slice while nice ‘n’ porky is not flavoured with the marinade. Therefore by injecting the meat the flavours flood through.

While the flavours of the marinade did penetrate the meat the flavour lacked a great deal of the deep cocoa hit I was after. It was savoury and tasty but just not what I wanted. However, cold the next day the flavours had developed further and were much more interesting.

A good recipe, but better the next day.

The recipe can be found here.