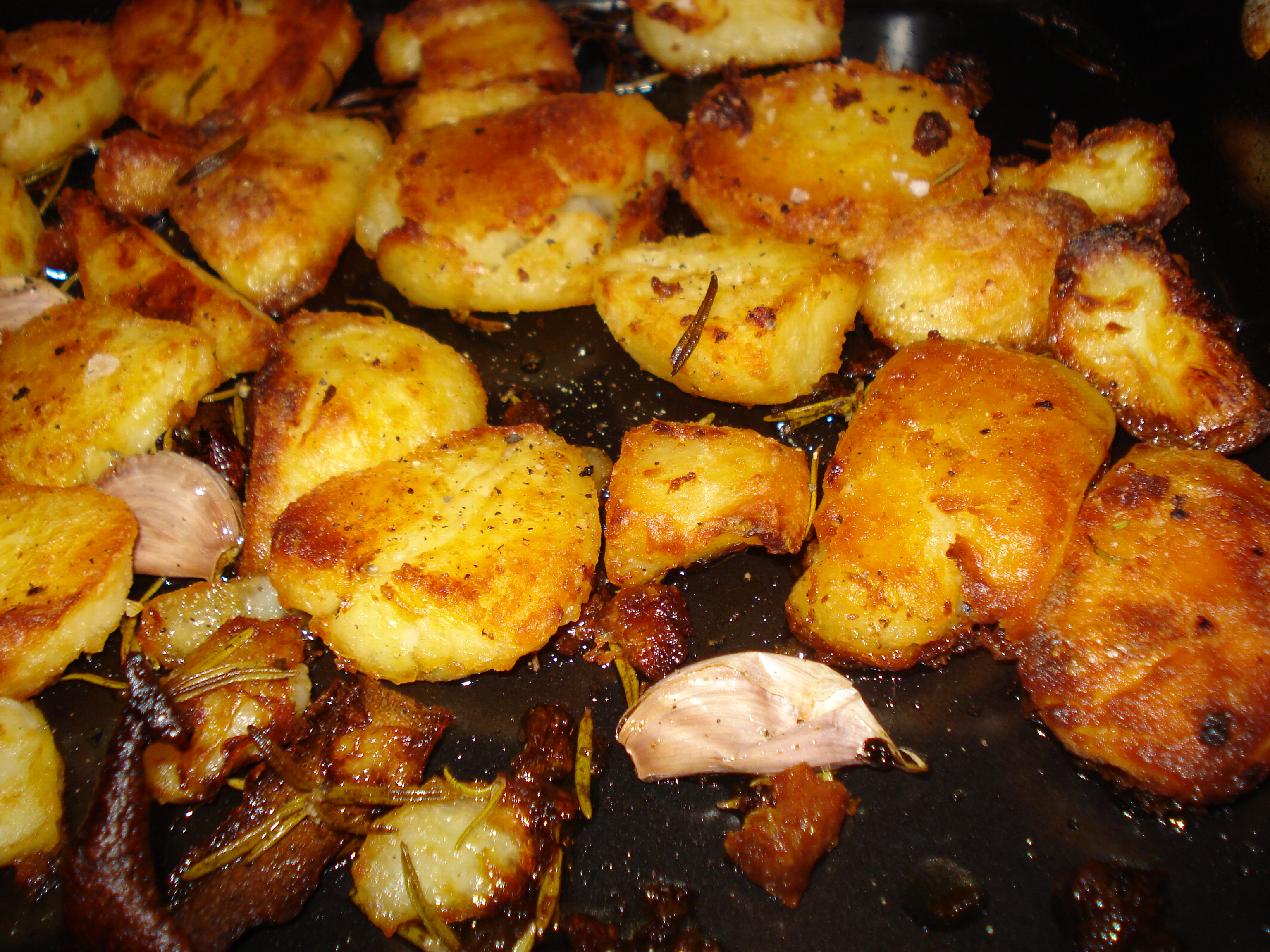 Regular readers may know that I pride myself on bloody good roast potatoes, somewhat boastful but I’ve put the hours in. But I’m never complacent, always on the lookout for tips and pointers to gild the already-golden lily. Nigella gave me the idea to use polenta, Heston put forth the idea of using potato peelings in the boiling liquor, now Jamie comes forward with more ideas. Here’s Jamie Oliver Roast Potatoes.

His recent mini-series, Jamie’s Family Christmas has dealt with all manner of festive food, and it didn’t take long for him to try working up the humble roasties. He offered a formula: half way through roasting add a combo of garlic, vinegar and herb to the mix. At this point also give the half-roast pots a slight squidge with a potato masher – not mashing them you understand, but squeezing them to open them up. More exposed surface area equals more places for the potato to soak up fat. He also trialled using three different fats: olive oil, butter and goose fat. Predictably, they increased in flavour and crispiness as they decrease in healthiness. But it’s the addition of an acid that intrigues me. I went all into the method, eschewing all my usual steps I followed the Jamie technique. I used some pork fat, orange peel, red wine vinegar and rosemary.

This is the first time in a long time I haven’t used polenta; I’d almost forgotten what roasties were like without. There was certainly plenty of crunch to go around, and the pleasing licks of other flavours drifted in. The rosemary was predictably perfumed and slightly crisp, garlic was welcome, and the occasional spud that cosied up to orange peel had an interesting twist. The red wine vinegar had permeated little but I’d like to try a splash more next time. There’s lots to enjoy here.

So have I reached the perfect roast potato yet? Never. But the thrill is in the chase. Have you tried Jamie Oliver Roast Potatoes? How did you get on?

Jamie’s recipe in his own words can be seen here at his website.

Like this? Check out MyKingCook’s guide to mashed potatoes!