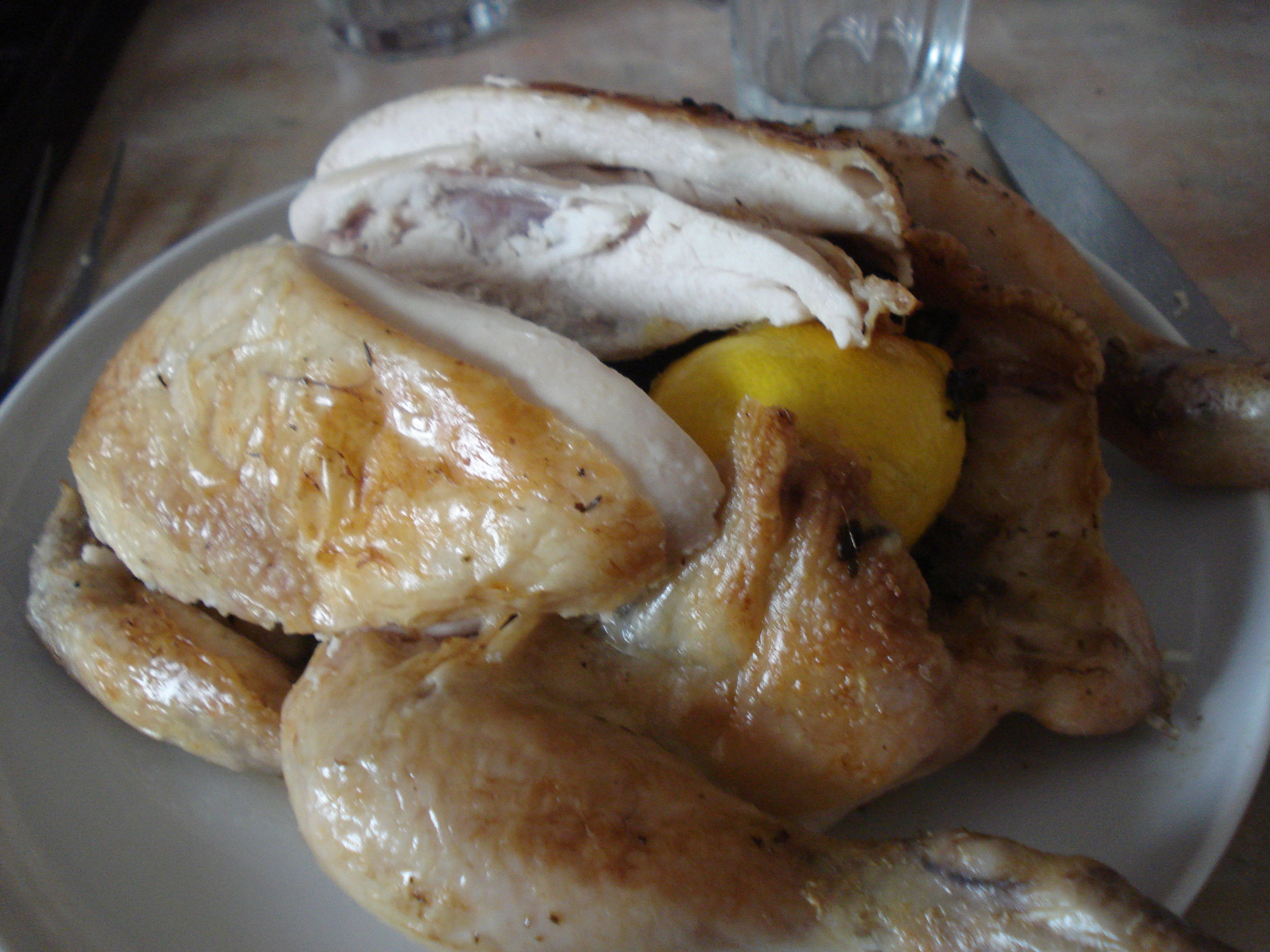 Heston’s latest series, How to Cook Like Heston, is probably the one that could finally convert the non-believers. It’s vintage Heston treading familiar recipes, but taking them just far enough, and just explaining enough to make them accessible for those that want to try. The best example of this is roast chicken: I’ve previously cooked his perfect roast chicken (from In Search of Perfection

) and it’s a brilliant recipe. But despite its relative simplicity there are a couple of stages in it that could be intimidating: plunging into water a few times, trying to cook a whole chicken in a frying pan, and chicken wing butter. So I was intrigued to see him show an even further simplified version on the show.

The brining is still there; an absolute necessity in my book. A low solution of 6% keeps the meat moist without making it too strong and cure-like. The slow roasting is also there, “low and slow” as Heston puts it, and after a simple resting back into your hottest oven to finish off. For the roasting itself, you simply have to use a meat thermometer to be sure that it’s done. I recommend Salter’s Heston-branded one but any one will do. It is recommended that you take the meat to 75°C; Heston admits that but says 60°C gives you the perfect succulence. If you have bird of spotless provenance that would probably be fine but I took my mid-range supermarket bird to 70°C.

And it’s tremendous of course. In fact I’d possibly argue that the extra stages introduced by the Perfection version are unnecessary. You get a fabulously juicy, tasty chicken, plump with flavour and intense chickenness. It’s well worth giving a go once – it takes no more effort than a regular roast chicken, just the brining the night before and a bit longer time blocked out for the oven. If you love your Sunday roast chicken, you owe it to your dinner table to try this one out.

The link to the Channel 4 recipe is here. An even more developed and detailed version of the recipe is in the book Heston Blumenthal at Home

125g unsalted butter, at room temperature, plus extra for rubbing into the skin