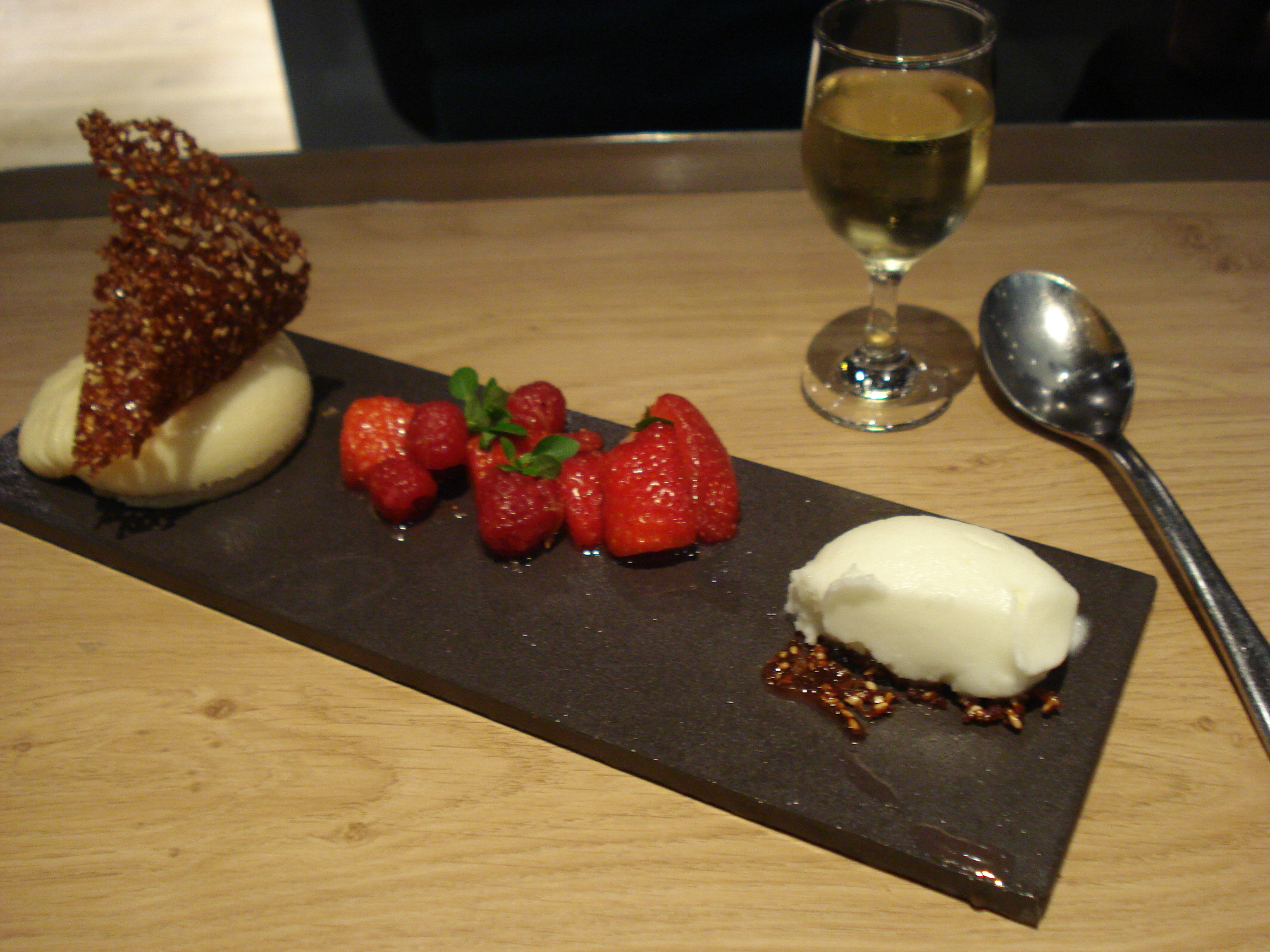 I’m not much of a golfer at all but I do like to chase a ball into the rough for a couple of hours, and drink a flask of coffee in the horizontal rain. A couple of years on the trot a buddy took me along to the annual Wentworth weekend PGA tournament. It’s a great day out and I really recommend it, but the most fascinating thing as a dorky sub-player is to watch a real pro at close quarters. It doesn’t come across on TV but the mental rehearsal they go through, the microscopic movements of the arms, the careful concentration in the swing… these small details contribute massively to your own game, offering these sudden light bulb moments of inspiration that only the years of craft can give, shamelessly stolen by this charlatan. And so it was when I attended the Waitrose Cookery School recently.

I was one of the winners of their Easter Lunch Facebook competition. We were to be taken through a three course menu which we would then reproduce: Coquilles St Jacques, rack of lamb and lemon tart. Our hosts were Jon Jones and James Campbell, both experienced, genial and patient trainer chefs. And being able to observe a professional chef up close as they go through their routine just helps those little things slip into place. The way you work a knife, the mise en place, having an “s-star-star-t bucket” as James put it… all those tiny things you miss when you’re watching a cookery show.

Jon, a veteran of Fortnum &  Mason’s, took us through our savoury menu: the scallops were fresh, tender and mushroomy. The lamb was sumptious, rich and meaty. But the dessert was out of this world, possibly one of the best desserts I’ve ever eaten. The genius touch of leaving the fruit to macerate in a little vanilla, icing sugar and lemon was just perfect. Combined with a creamy lemon tart,a yoghurty lemon sorbet and wafer-thin orange and sesame tuile, this was clearly a dish constructed by someone who knows his puds. James has spent time in five different Michelin-starred restaurants, with accolades as long as your arm, and it shows. His passion for constructing and instructing is clear from the beginning. I’ll be making this again at some point, and I’ll run through the recipe in more detail then.

I went with my Dad, an experience in itself as I’m fairly sure he’s never made anything for me besides toast. Other members of the family advised me to keep him away from a tin of beans lest he chuck it into the scallops. But he had a great time too, despite phrases like “nappe” and “roux” going right over his head. If he can attend and get something out of it, anyone can. This is my second time at the cookery school, and I can’t wait to go back again.

Waitrose filmed parts of the day, I appear in the video far too much.