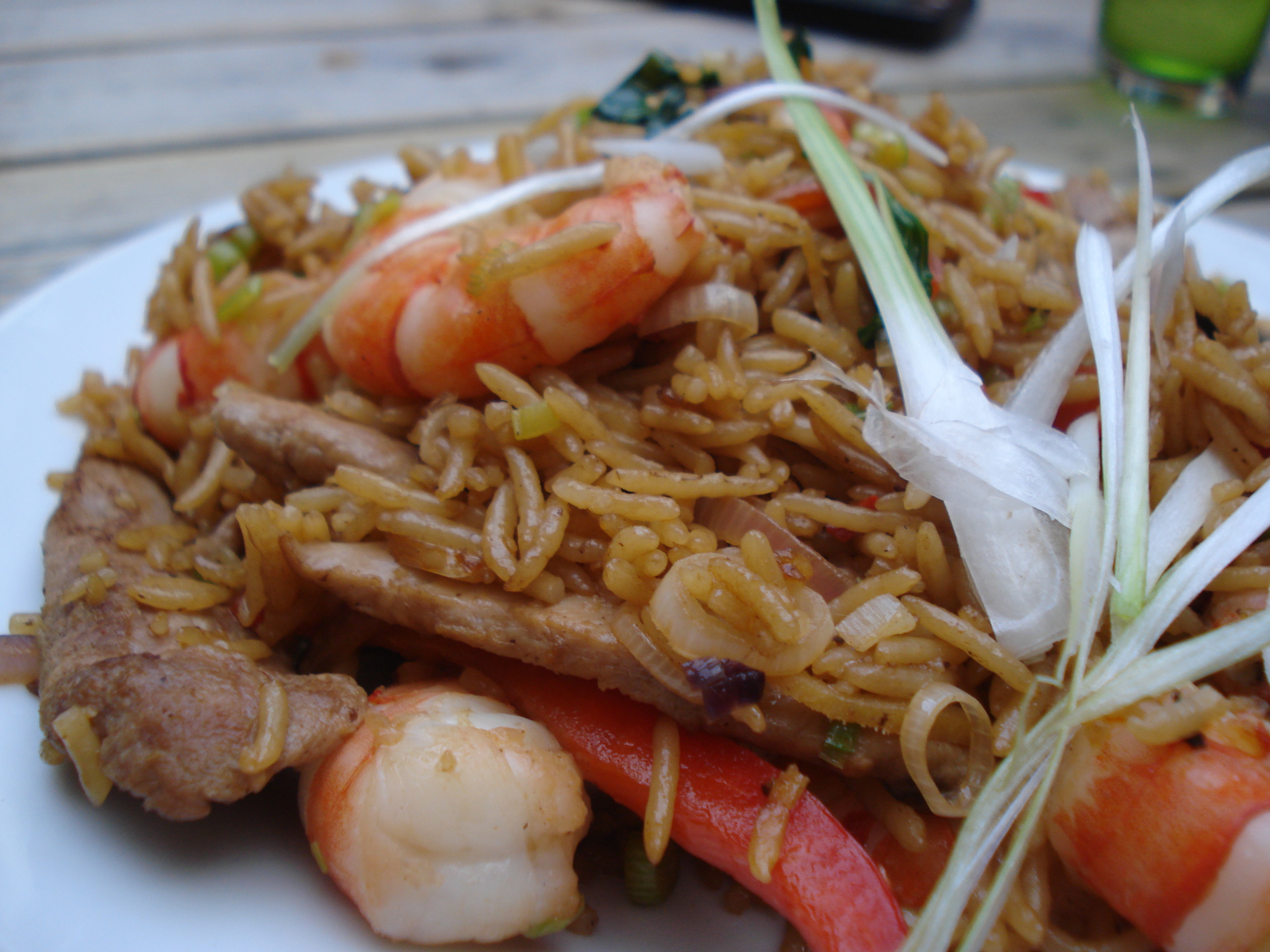 Imagine my surprise when I was invited to a product launch by Tilda demonstrating a range of ready-to-stir-fry rices complete with flavourings. Unlike some foodies I have no aversion to prepared foods if the content is good and the results are delicious; in the real world we have people to feed often on a certain budget in a limited time. I’ve used the already-cooked rices and noodles many times before, and these stir-fry specific ones seem like a neat shortcut.

First a word about the venue. It was hosted at the 52 Cookery School, an ordinary looking Georgian building hiding a mazey, eclectic and beautiful interior. Clearly a working house built around entertaining and cooking, it was a quirky and adorable venue that hid charms around every corner. (The foot-operated toilet flush stymied many). A spiral staircase, a cooker the size of many small cars and dozens of steps are just some of the delights of this delightful place.

A series of recipes were presented in an amiable and easy-going style by Jo Pratt. She cooked a Thai prawn soup, sesame chicken toast, peking duck wraps and a lamb dish, all bolstered with the rices promoted. They were all tasty, particularly the soup which I’ll be trying myself soon. And then the chaos began.

We quickly assembled ourselves into small groups and clustered round gas-fired woks to begin creating our own stir-fry masterpieces. I partnered with Kavey and Anne, foragers of the highest order who immediately zoomed off to procure the best ingredients. Sneaking sideways glances at the ‘opposition’ Kavey began marinating lamb in soy sauce while I got on with stir-frying garlic slivers (that quickly burned and got flicked out of the pan). Anne found a mound of veg and quickly we began to throw stuff into the pan with gay abandon. Maintaining my stir-fry rules of 1) keep it as hot as it will go and 2) keep stirring I was designated stirrer. When we decided we’d cooked long enough, we all sat in a cool courtyard and tucked in, spoons a-blazing into our pile of rice and goodies. Jolly nice it was too. The ingredients benefited from short but scorching cooking, retaining their flavours and no doubt nutritional content too. The Peking rice possessed a pleasant aroma and satisfying building block to the meal.

Despite attending the event in full knowledge of the PR sorcery being performed on me I genuinely like the products. The light cooking of stir-frying gives advantages in being quick and fresh-tasting, and rice an effective way of pushing the meal out a little further. Lovely stuff. Apparently they’re available from Waitrose at £1.79 for two sachets (each serving two), so do give them a try as a quick meal fix.

1 inch of ginger, cut into matchsticks

2 spring onions, 1 cut into rings and another into matchsticks