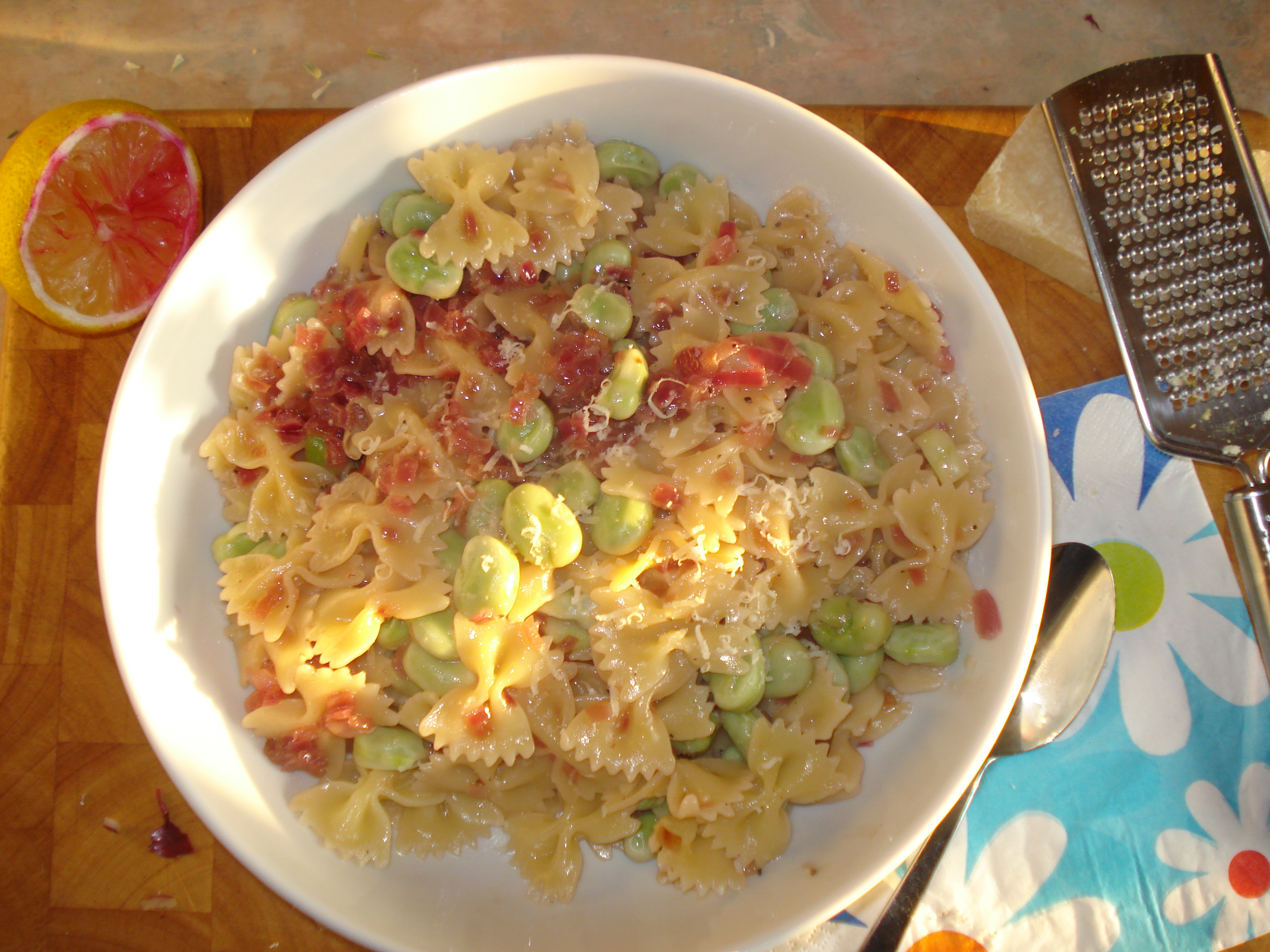 I’ve read an awful lot about Ottolenghi from various food bloggers (EssexEating seems to mention them a lot, especially their cookbook) with nothing but gushing praise. I follow them on Twitter, and they posted rather intriguingly “Exclusive to twitter: a scrumptuous recipe that didn’t make it to Plenty. http://tweetphoto.com/18283142” with a follow-up challenge of first to post a photo of the completed dish gets a prize. How could I turn that down?

I couldn’t quite manage to get the sagnarelli (a flatter, less fluted pasta) but as suggested I hoped farfalle would do the job. Therefore purists may wish to edit the name of this post!

It’s a fairly simple affair – pasta and broad beans in a shallot-infused lemon, wine and pink peppercorn sauce – but there’s a bright summery burst of flavour in every mouthful. Earthy beans, pasta with bite, being zinged with lemon, tempered with salty cheese and as everything fades away you’re left with a gentle tickle of heat from the peppercorns. It was very tasty.

It’s a great starter recipe, though the carnivore in me wanted a little bite of meat every now and then. I’d try it again, definitely, perhaps with a little less parmesan and pop in some diced pancetta instead. I might substitute the broad bean for another bitey veg as well, such as courgette or possibly purple sprouting broccoli. And simply because I love the taste – maybe a blast of garlic too. I enjoyed it a great deal and will give it a whirl another time.

Zest and juice of a lemon