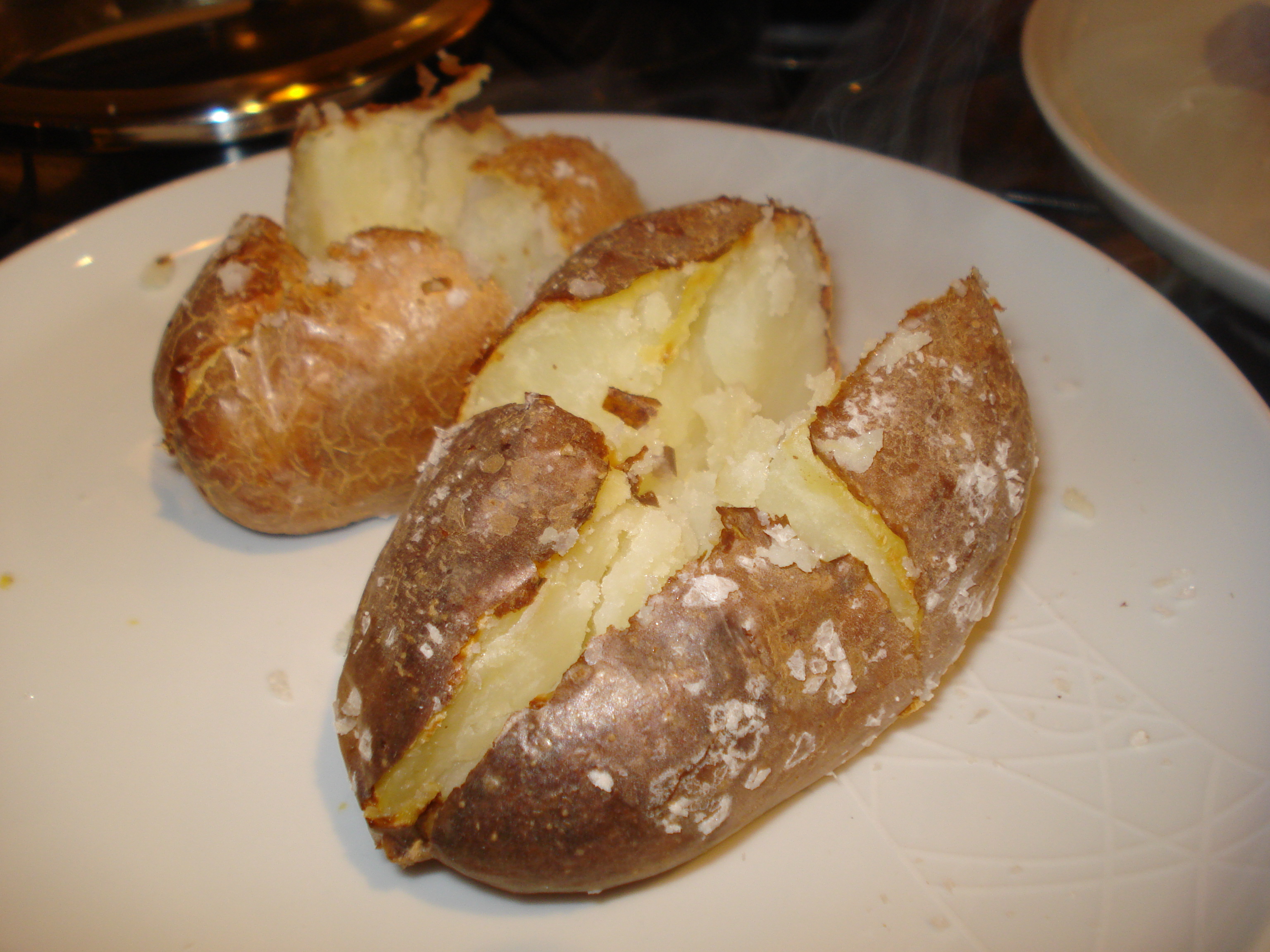 I quite like jacket potatoes, but the observant among you will note I’m more of a roast potato man. To my mind a jacket should be crisp and earthy on the outside, yet fluffy and yielding inside. Is there any other way? Mrs. RP is an absolute fiend for the jak pot however, and could have them every day.

Something else that divides the Roast Potato household is BEANS. BAKED BEANS. I have a rabid, horrific hatred of them. It’s the one food I will turn over tables rather than eat. Even the smell brings me out in a bilious fit. They’re one of Mrs. RP’s favourite foods. This gives me an idea… see next post.

Anyways, I’ve prepared baked potatoes the same way every time: slap a bit of oil on, s&p, bake for a bit. I’d never questioned it. Very un-Heston of me. But then the Guardian comes along comparing tons of methods. Felicity Cloake tries out a few, and summarises her perfect pot. So I tried it.

It was quite good – I still don’t think it’s there. By placing it directly on the rack, you lose that chunky callousy bit which I really like. And somehow the skin goes a bit papery. I prefer mine a little thicker. It’s tasty though, but needs a little work. Give it a try, see what you think. Or, how do you do it?

A shedload of Maldon salt