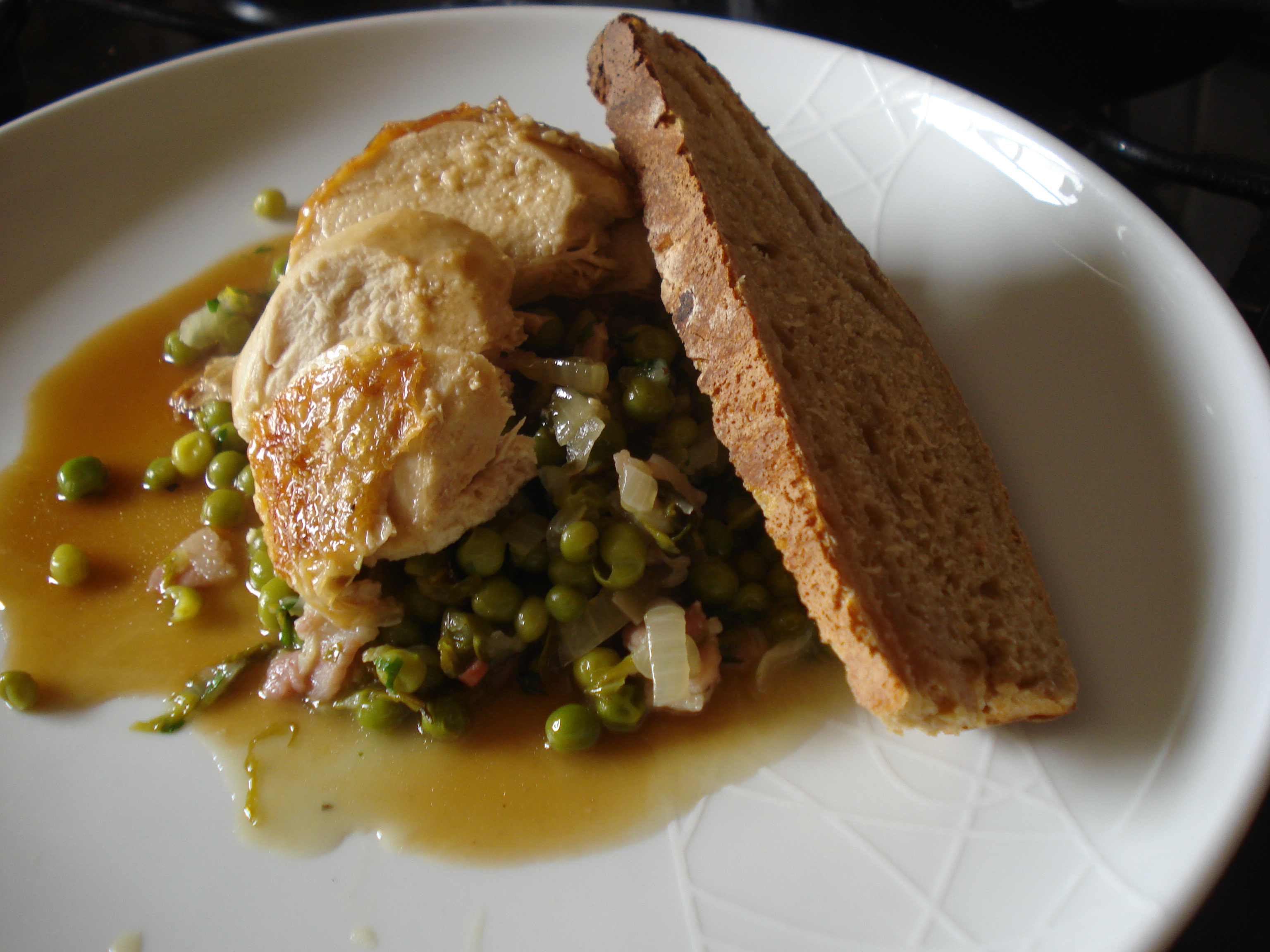 Sometimes, when you’re cooking dinner you just know it’s going to be good, you can feel it. This was one of those times.

It was an excuse to eat peas, this one: the peas are a recipe from attending Waitrose Cookery School recently (more on that in a future post). I know it’s a classical French recipe but this is just so damn tasty. This from someone who isn’t that bothered about peas. Seriously, they’re amazing. Try this on their own. I would of course usually roast a chicken in my favourite Heston way, but on this occasion I was caught short and had to cook the chicken on the quick and roasted it in the traditional way. It was fine, but I do miss the succulence afforded by lovely brined meat. All that aside, this combination of chicken and braised peas is just brill. The gravy is inspired by a method described in Alex Mackay’s new book Everybody, Everyday

By the way, note only the breasts were required for this recipe. I used the other parts of chicken for meals elsewhere in the week.