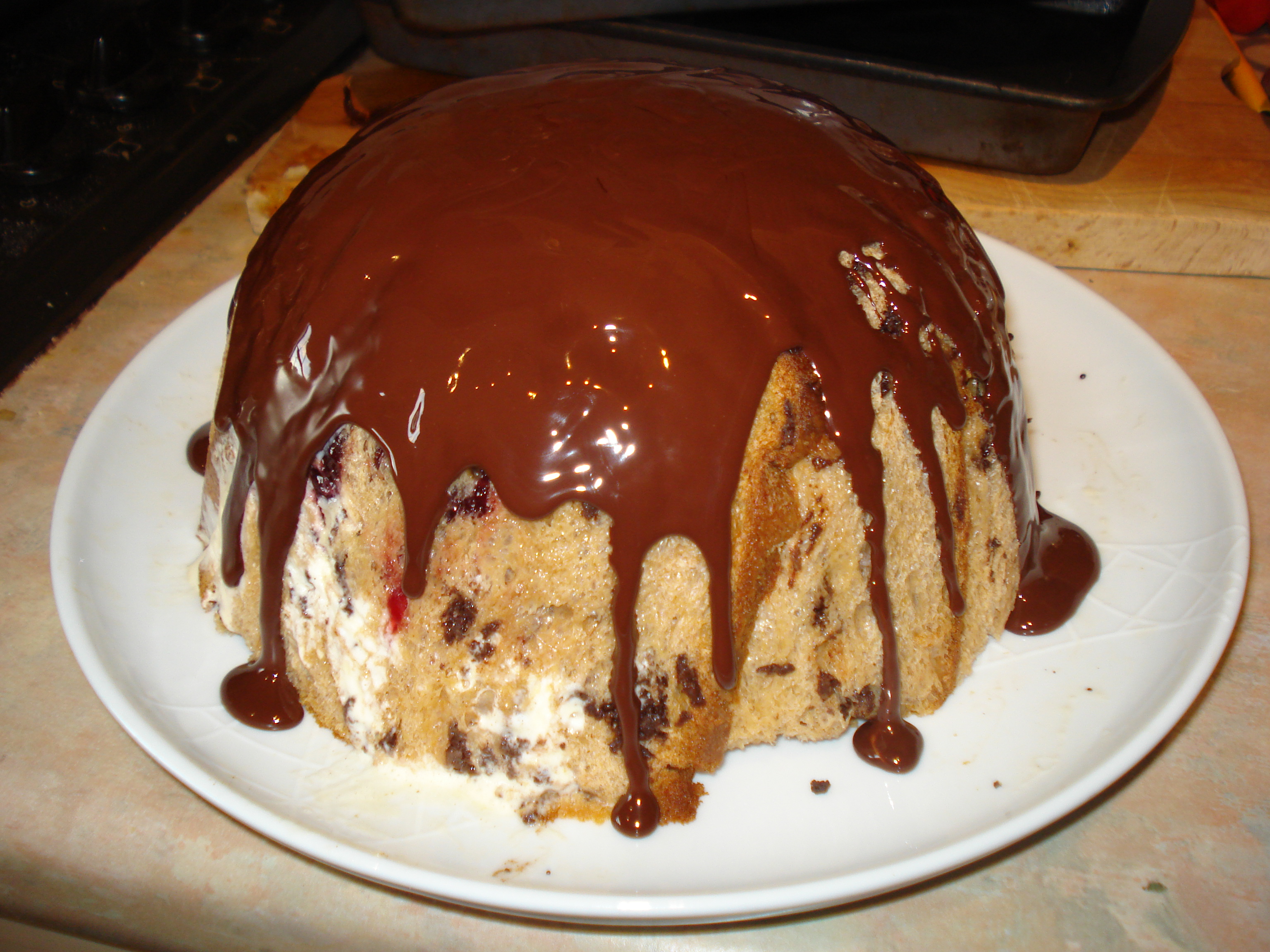 I really enjoyed Jamie Oliver’s Family Christmas, a programme which dealt with making Christmas as easy and stress-free as possible. There was plenty to enjoy and loads of bits that I took from it, such as his roast potatoes. However I was drooling at the sight of his winter pudding bombe, and thought it looked absolutely fantastic. I had to make my own. It’s a spin on Summer pudding, with panettone as the bread base, filled with ice cream and preserved fruit, then topped with melted chocolate.

I didn’t fancy faffing with glacé fruits and went straight to a shortcut: leftover Christmas pudding. I used Sainsbury’s Basics Christmas pudding, which sounds absolutely rotten but I’ve used them before and been completely happy with them. I wasn’t disappointed. I also managed to find a chocolate chip panettone which was a really nice touch; chunky bits of choc punctuating the beautifully bland ice-cream. But to my surprise it’s the jam that makes this. Such a vibrant flavour sings out loud when you’re chewing through it, it’s quite exciting. If you have any of these bits laying around, I really recommend you make one – takes no time at all and can be left quite happy in the freezer until required.

5 – 6 slices panettone (I used a chocolate chip one)

Some good splashes of marsala wine

Jamie’s own recipe can be found here.