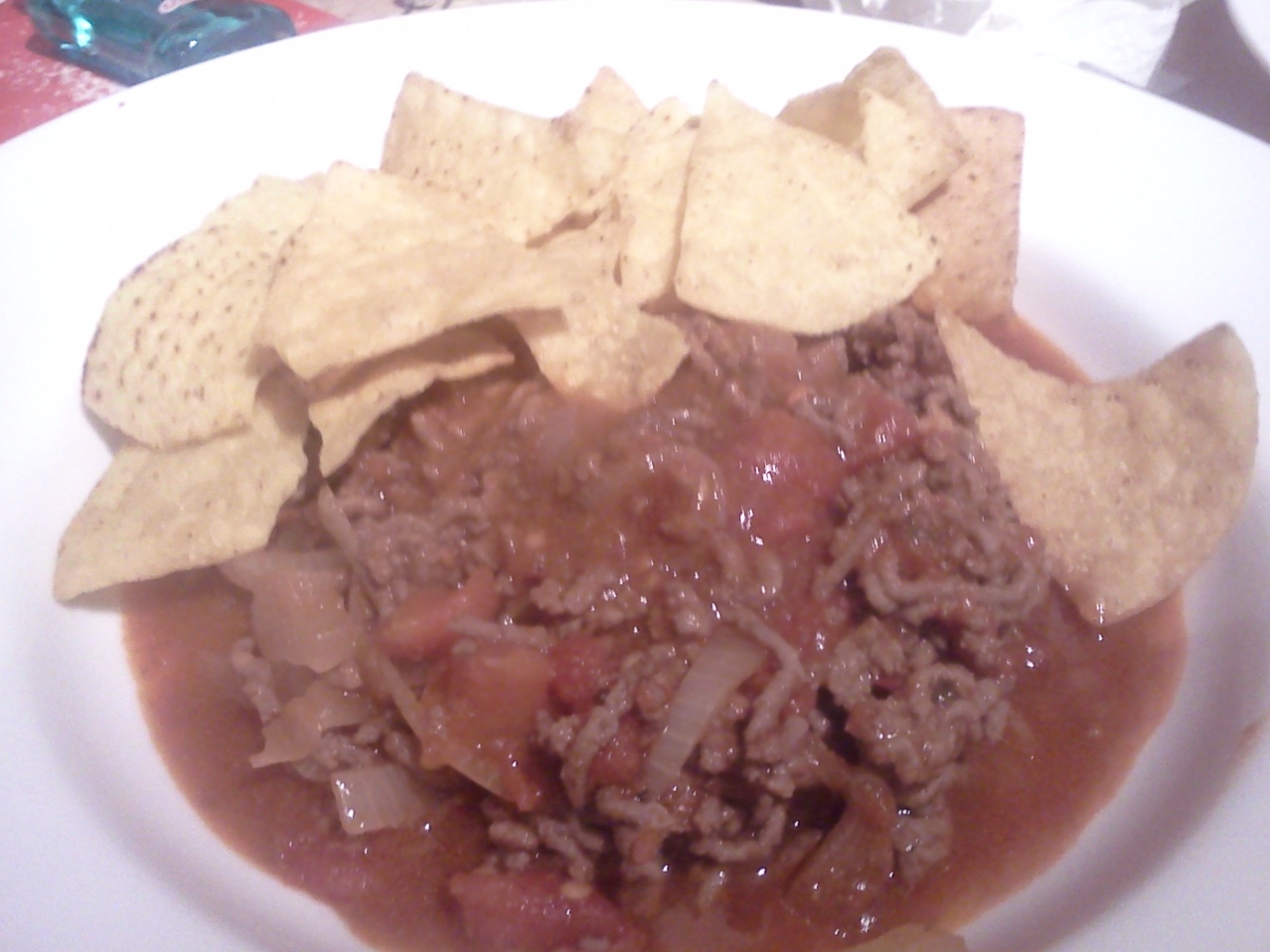 I’m a big fan of chilli, I’ve probably cooked it more than anything else. I particularly like ones that sit there and blip away under their own steam for hours. I was looking forward to cooking a chilli tonight.

But I’d had a rotten evening. Little Miss Spud was rotten sick and was in no mood for going to bed. There were many changes of clothes (for me and her), things to wash, bottles to fetch… Eventually she dozed off, and it was time to cook. I reached for the takeaway menus… but didn’t. I had planned on doing a chilli and gosh darnit, a chilli I was going to make.

I floated the idea on Twitter about cooking a chilli in 10 minutes. “Not enough time”, scoffed Gary Dickenson. “It can’t be done!” wailed Food Urchin. “Keep us posted” urged Simon Loves Food. Well, that was that – no turning back now. I had to do it.

The problem is to develop those flavours does take time. There needed to be some sneaky shortcuts in there to amp it up and cut down the cooking time, hence the ingredients list is fairly long – but generally full of store cupboard stuff. The hard bit is that it’s one of those dishes where you keep adding stuff but by bit and each part needs to come back to the simmer. So I drew together some ideas that I’ve flirted with before: frying mince to release the oils and then add the onion to that, and creating a thick tomato paste packed with flavourings to form a flavour base. So I cooked these parts separately and combined them at the end.

And I have to say it was really tasty, and really worth it. Of course it’s not the same as a slow-simmered chilli ticking away for hours, and it would’ve been nice to stick some kidney beans in there (I just didn’t have any to hand) to nod back to the ‘usual’ recipe. But it’s a good alternative and great for busy weekday evenings. Oh, and it came out at 11 minutes rather than 10, but I can live with that.

1 onion, peeled and sliced into half-moons

A large handful of tortilla chips

Frank’s Red Hot Sauce (or other chilli sauce you like)