my favourite cookbooks of 2017

As the year draws to a close I always look forward to writing this post: my favourite cookbooks of the year. If you still have a couple of presents to buy for the foodie in your life, you could do worse than picking up one of these.

Continuing from last year, it feels to me like the era of the food celebrity is passing, or at least out of fashion. Semi-pro bloggers are one wave, and in other areas food of a culture is prominent. Restrictive diets are in evident by a rush of gluten-free or sugar-free books. Cookbooks are in a real transition, caught between people who want a book in their hand, and those who only read recipes on the end of a Google search.

The downside to that second category are a few companies squatting at the top of search results: Food Network, allrecipes, thekitchn, Epicurious… and while most of these are decent places the American bias – especially on mobile, and even in the UK – rarely gives the recipe you’re after, and doesn’t let smaller voices get heard.

I’m aware that can sound self-serving, but I’m more concerned about homogenising recipes. There’s hundreds of thousands of blogs out there, and there’s pretty amazing recipes buried in them all. Google needs to work on a way to surface them and celebrate the diverse creativity in blogs.

Crusades aside, if you’re one of those that still enjoys a cookbook, here’s my pick of what came out this year!

3. The World Atlas of Street Food by Carol Wilson and Sue Quinn 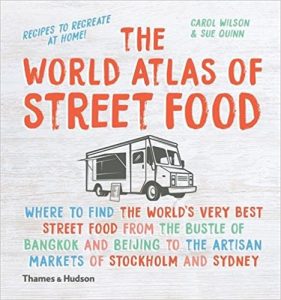 I’m not really one for a travel book. But this one captures the energy of food markets and really puts you there. Alongside traipses around night stalls and bustling food vans, there’s choice recipes from around the globe. From the souks of Morocco to the fish stalls of Hong Kong, there’s a lovely choice of places to visit in here. 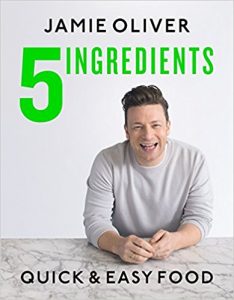 After a couple of years drifting around Super Food, creating recipes frankly I found incomprehensible and unappetising, he’s back with a firework of a book. 5 Ingredients brings back the Jamie magic formula of easy recipes and riots of flavour. The 5 ingredient principle is never just a gimmick, it’s a way to help you think about maximising each ingredient to make it do the most work. I must’ve cooked twenty recipes from this book and they’re all gold, and many are shuffling into my regular weekly rota. Welcome back Jamie!

1. The Magic Fridge by Alex Mackay 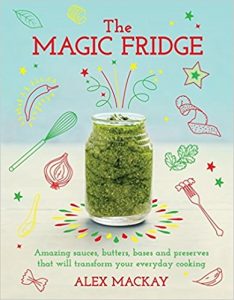 Alex Mackay cooks real food. Easy to say, and sounds obvious, but these are real recipes that families will want to cook. The central idea of his latest book is to make a core recipe when you have time (such as sweet pepper chutney, pesto, lemon curd) and portion it in the fridge. Then pull that out to boost a humdrum meal into something really special. As with all Alex’s recipes, there’s suggestions for how to tailor the dinner for kids and babies, as well as sensible substitutions. You can feel the love oozing from every recipe, and that’s what makes it my cookbook of 2017.