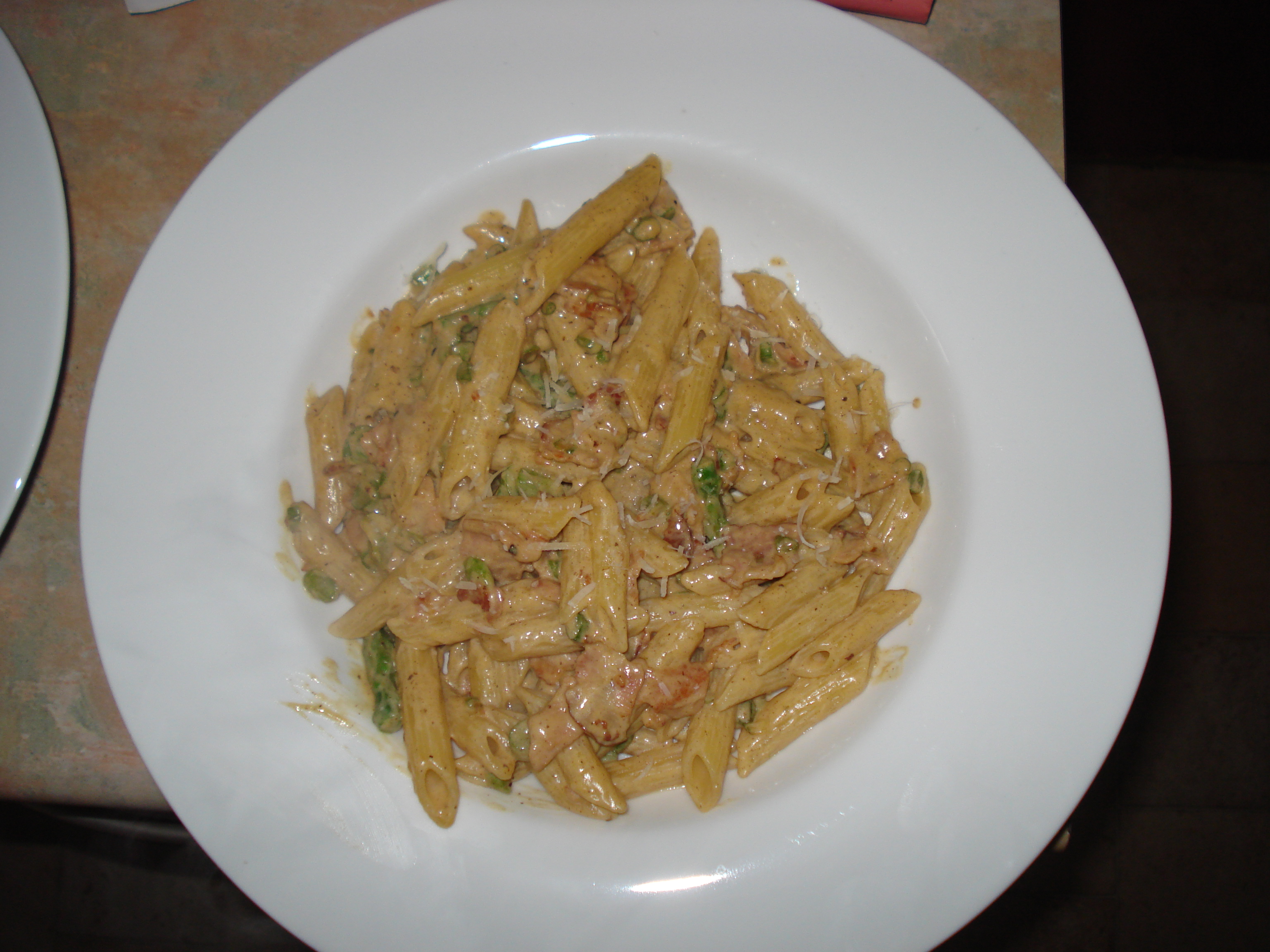 The name is completely tongue-in-cheek, a sideways reference to another stupidly named dish. I’d piped up on Twitter that I was having Gordon’s Pasta that night when Lorna Wall mentioned it’s similarity to a dish of Jamie’s.

So I tried it – and it is as good as it’s simplicity suggests. Just asparagus and bacon powering the flavour along, and I added a dash of creme fraiche to help it stay slick and delicious. A lightning-quick and satisfying supper.

Dinner By Heston Blumenthal opened in Melbourne in October 2015. Tipsy Cake, which owns the restaurant, has blamed Crown for its woes, saying it …

When you dine at Dinner by Heston Blumenthal, you’ll soon realize that there’s so much more to British cuisine than fish and chips or steak and kidney …

Dion Wai of Dinner at Heston Blumenthal and Dorianne Neimard of New Street Wine have been named runners-up. The competition entailed a …