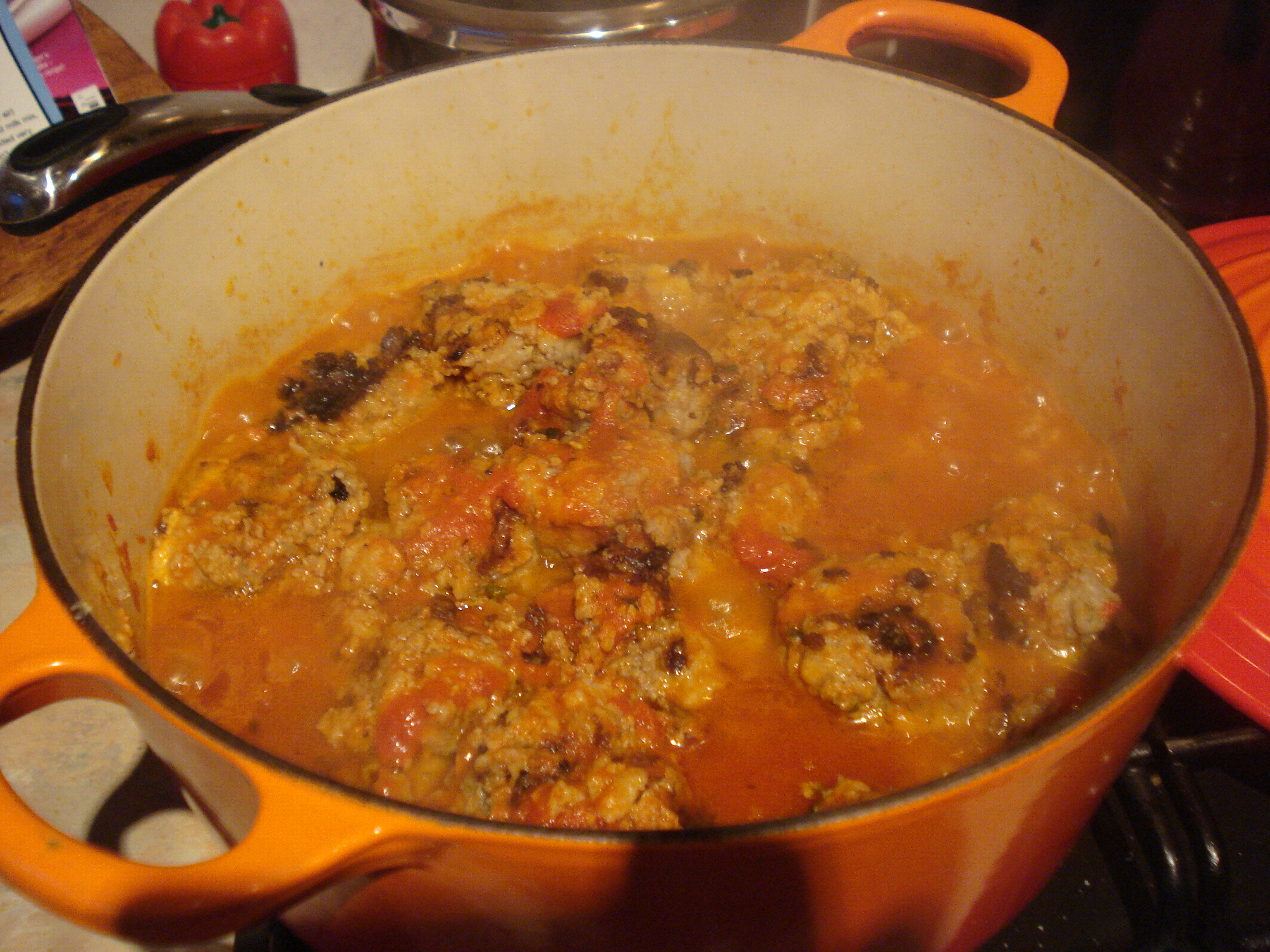 I was overjoyed to discover there was a Leon on my “doorstep” – Bluewater to be precise. Well it’ s not in London, so that’s a start. The family and I went there and tried out a bunch of things. It was little unconventional but healthy, hearty and good fun. The hands-down dish of the day was the meatballs, who have been praised by all sorts, including some Gordon Ramsay chap.

I was ecstatic to discover the recipe on the Guardian website. Trying it myself, it was a recipes of ups and downs. The sauce was a disaster, calling for 1½ tablespoons of harissa. Even taking it down to a teaspoon was still volcanic. Maybe I possess the hottest harissa on the planet, I don’t know. The sauce was ruined though, burning hot. The meatballs themselves was lovely though – the clever bit is torn-up soggy pitta breads, giving a earthy, toasted flavour that’d be really hard to put your finger on if you didn’t know what was in them.

(Incidentally, the leftovers made for a mean moussaka the following week topped with grilled aubergine and bechamel!)

A handful of basil, chopped

A handful of parsley, chopped