my favourite cookbooks of 2018

As another year draws to a close, I look back to see what the trends in cookbooks were. There’s a simplicity and austerity, as we look to simplify our diets and return to a more humble time. We look to history at how our ancestors ate, and think of ways to take less toll on the planet.

Veganism is ever-rising, and will likely be the food talking point of 2019 and truly hit the mainstream. With food intolerances on the rise, the effect of eating meat on the environment more widely known, ‘free from’ eating will be all the rage.

So it is with my three choices: revisiting generations past for frugal cooking, food from an ancient market, and just taking our time with food to get everything out of it.

There’s still time to order digital versions of these books for the food-lover in your life, so get your skates on!

Jamie does it again, visiting, learning and enjoying the food he loves best. With friend and mentor Genarro Contaldo in tow, Jamie visits the nonnas of Italy to preserve the recipes handed down from daughter to daughter. And he finds familiar things but also new (old) ideas. But each one is born of poverty, so makes the most of a star ingredient and stretches it far to fill poor, hungry tums. I’ve always believed there’s much to learn in the pauper recipes of a nation, as are intertwined with the blood of a nation. The recipes here feel like a feast, yet they are humble and wise. 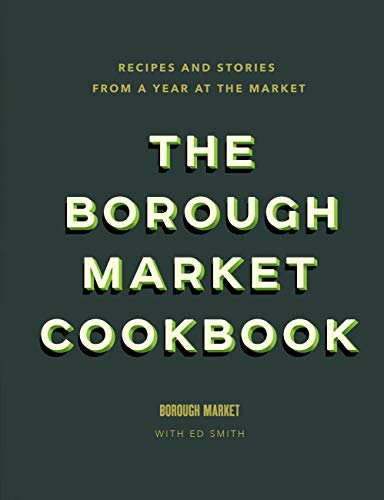 Borough Market forms a fairly small footprint – you could probably walk from one side to the other in ninety seconds – but go at lunchtime and this walk will take you well over ten minutes. Thronging with people every day, Borough Market bustles with artificers, shoppers and vendors in a glorious swirl of appetite. I work near Borough Market and it takes me every gram of willpower not to go there and eat my own bodyweight in cheese and meat every day. But I’m giddily happy just drifting through and taking every stall in. And Ed Smith’s book captures that feeling of visually grazing the bounteous market. The recipes are familiar but often a sidestep away from the usual.

1. Slow: Food Worth Taking Time Over by Gizzi Erskine 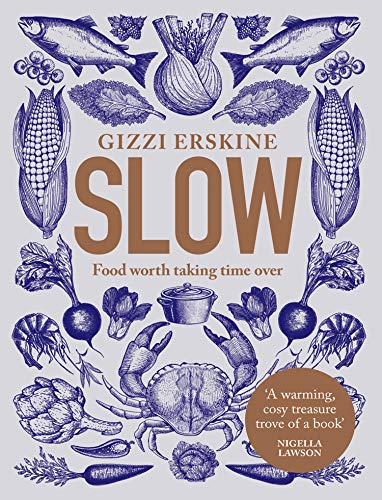 Gizzi’s effervescence pervades this book. If you weren’t convinced to try a recipe at first her fun prose will convince you. You can tell the recipes are thoroughly tested and will surely be tasty. Be warned, the food here is rib-sticking cold-weather fare! It’s superb stuff that’ll warm your stomach and your heart. From hotpots to kimchi, from chicken soup to meringue, the book takes you all over the world.

If my review doesn’t swing you, maybe Nigella’s will!