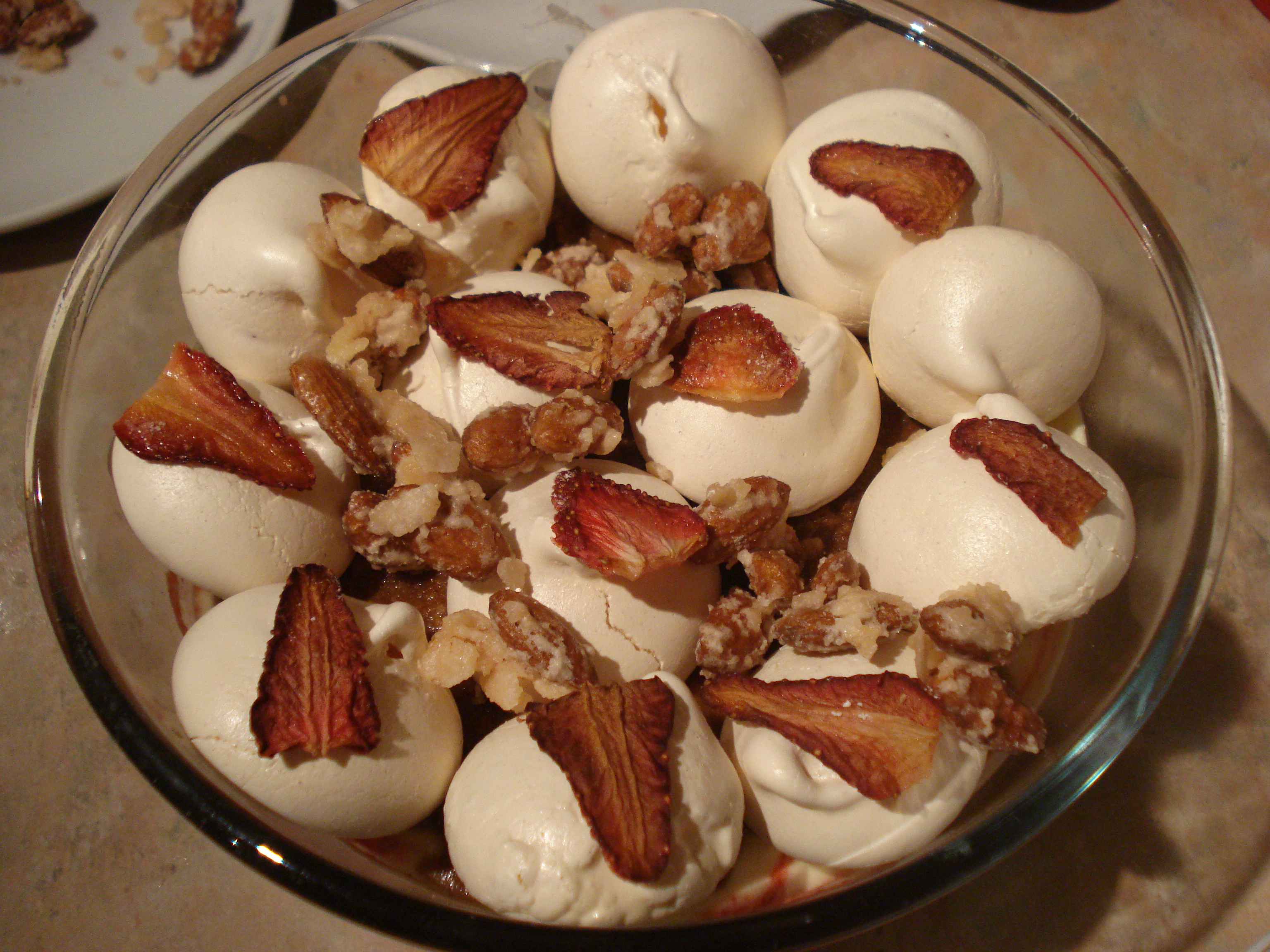 As soon as I saw this article detailing the Heston Blumenthal Royal Wedding trifle made in celebration of the upcoming nuptials, I knew I had to give it a go.

Following the runaway success of Heston’s hidden orange pudding during Christmas 2010, Waitrose commissioned the Dinner proprietor to create a refreshing Summer dessert in celebration of the wedding of Prince William and Catherine Middleton. I can’t say I care a great deal about the wedding but I do appreciate the general buzz of excitement among people I speak to – rays of sunshine in these politically gloomy times are welcome. One thing definitely guaranteed to grab my attention however is a new Heston recipe.

Heston seems to have a bit of a thing for trifles, as In Search Of Heston has previously noted. His In Search of Perfection

version is particularly mental, with typically absurd amount of stages involved. It did come in handy for one section however – the strawberry compote, which here serves as the “jelly” layer of a Seventies trifle. I incorporated fresh strawbs in with the compote, as I know Heston is fond of mixing the cooked and raw version of an ingredient together. In place of custard there’s a particularly intriguing saffron cream, topped with fragrant, crisp amaretti biscuits. The supermarket version is laced with Marc de Champagne brandy – well I checked my cupboard and I was fresh out (!) so I plumped for my old favourite dessert spirit, Marsala. Finally there’s a meringue topping, and a garnish of candied almonds and dried strawberries.

There’s a few stages involved to be sure but none of them are particularly taxing and involve a bit of letting the ingredients sit about. I have no idea how close my version has come, as it isn’t in the shops yet at the time of writing, but I was very pleased with it. It’s creamy, fruity and the saffron sends in a festive, spiced note out of left-field, yet it’s somehow warming and comforting.

I’ll be fascinated to try the real thing when it’s around to see how I did but either way, I think it’s a lovely dessert with a lot going for it.

For the strawberry compote:

For the saffron cream:

About 20 threads of saffron

Want to know more about Heston and his recipes? Check out my Heston ingredient infographic.