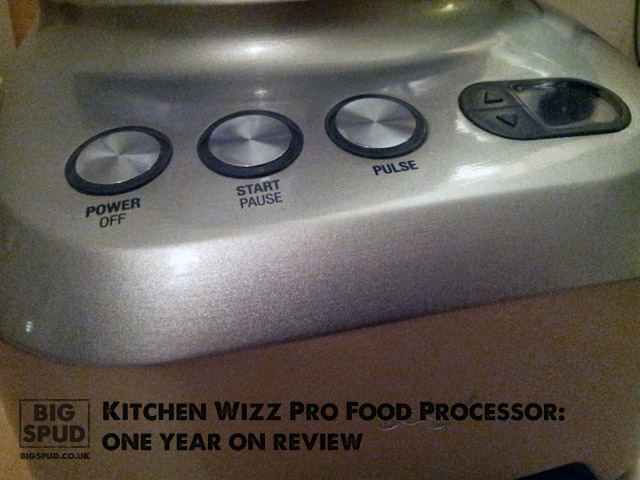 2020 update: I posted a video review of this product. Click here to view.

This is an update from my original Sage by Heston Blumenthal Kitchen Wizz Pro food processor review. To see the original click here. 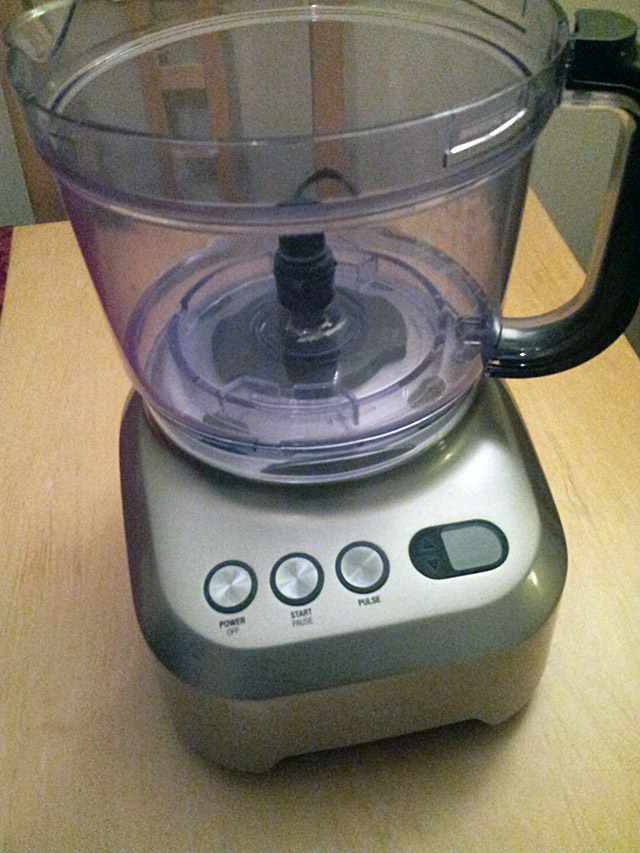 When you first get a new toy, you can get quite giddy about it. You’ll use every feature, you’ll tell all your friends about it, you’ll use it non-stop for two weeks.

But do you keep using it? That’s the trick, isn’t it. Kitchen gadgets are notorious for gathering dust after the initial excited flurry, leading to an elephant’s graveyard pockmarked with bread makers, ice cream machines and electric spaghetti forks. Food mixers can be really bad for it. Will this suffer the same fate?

I received my (deep breath) Sage by Heston Blumenthal Kitchen Wizz Pro food processor (and exhale) in August 2013 and I was very positive.  Here’s what I said last year: “It’s fair to say I’m besotted with it and it’s one of the best kitchen gadgets I’ve ever used. Ask everyone to give you vouchers for birthday and Christmas and save up for one. It’s superb.”

One year on, does it still get used? Or is it resigned to a dingy corner of my loft? 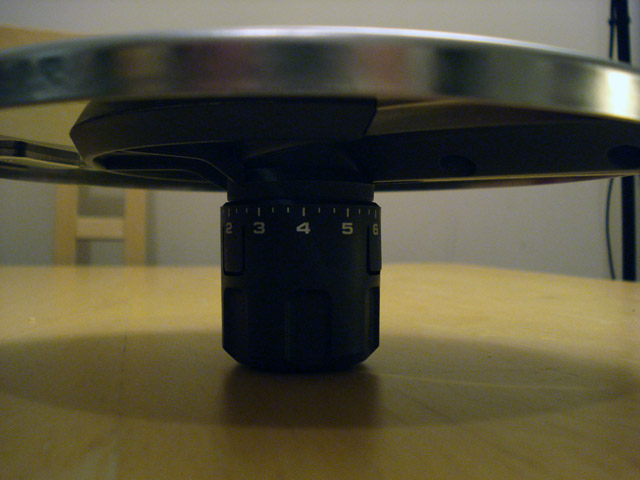 And your regular food processor blade has 4 blades on it, rather than the usual two. And yes, I’ve sliced my finger open on it, so I testify that it was sharp. Mrs. Spud swears by the dough blade for making cake mixtures.

What’s not so good about the Kitchen Wizz Pro?

Is the Kitchen Wizz Pro Food Processor worth it?

See that last point in the negatives? Go back and read it.

Yeah, so the RRP is £399. It’s a lot of dosh. But when it comes to a gadget like this, I don’t see the point in buying the Tesco Value food processor. It’s got to work hard, and replace a whole bunch of tools in your kitchen, and save you time to earn it’s keep.

And if you’ve decided to get yourself a food processor, you’ll be looking at the alternatives and some will be similar in price, and some much cheaper. But the sheer power of this model, along with it’s wide range of tools (even if not all of them are perfect), plus the other features make it the perfect kitchen accessory. It is absolutely worth it.

I bust mine out at least once a week, sometimes more often, whenever I have a bunch of chopping to do on a weeknight for a casserole, pie or stir fry. Or to pull together pastry. Or to grate stuff for coleslaw. Or blitz onion, garlic and ginger for a puree.

If you are after a proper kitchen food processor, that can take on a load of dull jobs, this is a very serious contender. My advice is as before: ask for vouchers for birthdays, Christmas, whatever and put it towards this bad boy.

The Kitchen Wizz Pro is available from Amazon.

Enjoy that review? Never miss a post from Big Spud by subscribing to my emails. It only takes 10 seconds and you’ll get new recipes and food stuff every time they’re posted.