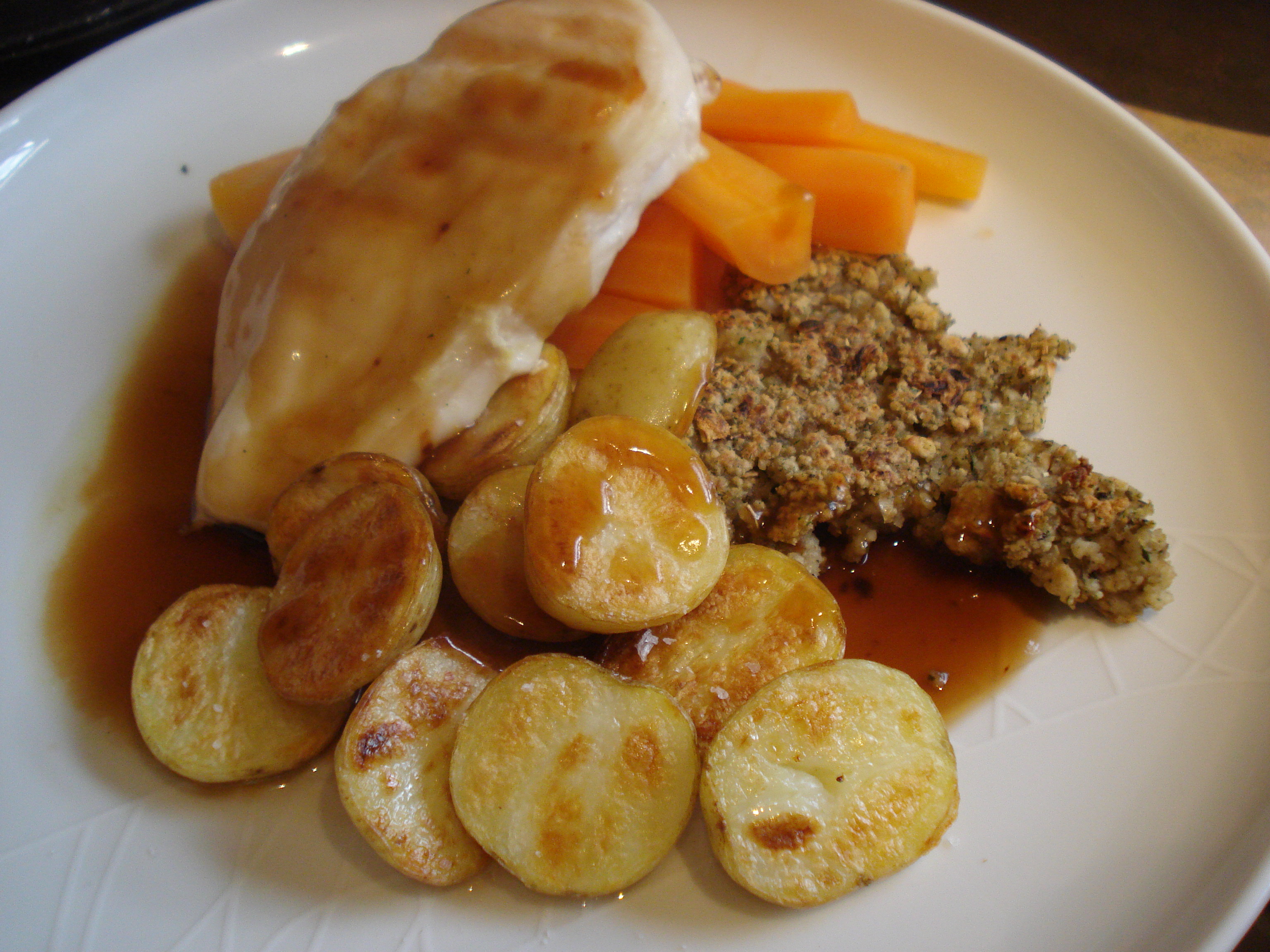 …Instead of Sunday roast, geddit? Except it wasn’t roasted, and I ate it on a Wednesday. Simple, eh? Let me explain…

George Foreman Grills are making a comeback, it seems. They passed me by the first time around; just wasn’t in the right place at the right time. So when I was invited to test-drive their new monster 4-Portion family grill

I was intrigued. I tried out a few things but they were keen for me to try cooking a delicious four person meal.

Whatever my recipe was how could I leave out my thing, roast potatoes? So a version of that was definitely going to feature; from there it was only a short step to deciding I might as well do as much of a Sunday roast as possible on the little dude. I can’t use my beloved Maris Pipers though, their texture will cause them to fall apart on the griddle. So I’m bucking the trend and using new pots here. Technically we end up with something closer to a saute potato but so much healthier.

With the potatoes sorted, it’s on to the meat. Chicken seems like the way to go. But I want to maximise the flavour, I am not actually roasting here so a few leg-ups are needed to make regular grilled foods punch above their weight. My love affair with brining told me to try it here; it provides you with excellent seasoning and gives a much ‘bigger’ flavour. The final touch for the chicken is to rub it with a stock cube to impart even more deep chickeny love.

So there it is – my quick and tasty Sunday Grill. Once your chicken has brined I reckon it will take you 25 minutes to get it on the table, so it’s a great midweek meal. Check back later this week where I’ll be giving away a grill of your very own!

If you want to go shopping for a grill now, here’s a deal for you: run over to George Foreman Grills and they’re currently offering free UK delivery and a 50% off sale. But for an extra 10% off, use the code GFSAVE10 and grab yourself a bargain!

Thanks to Sophie for going to a lot (!) of trouble getting me a grill to test on. For more George Foreman Grill inspiration, check out Helen’s lemony maple chicken thighs, and Katie’s sticky griddled plums!