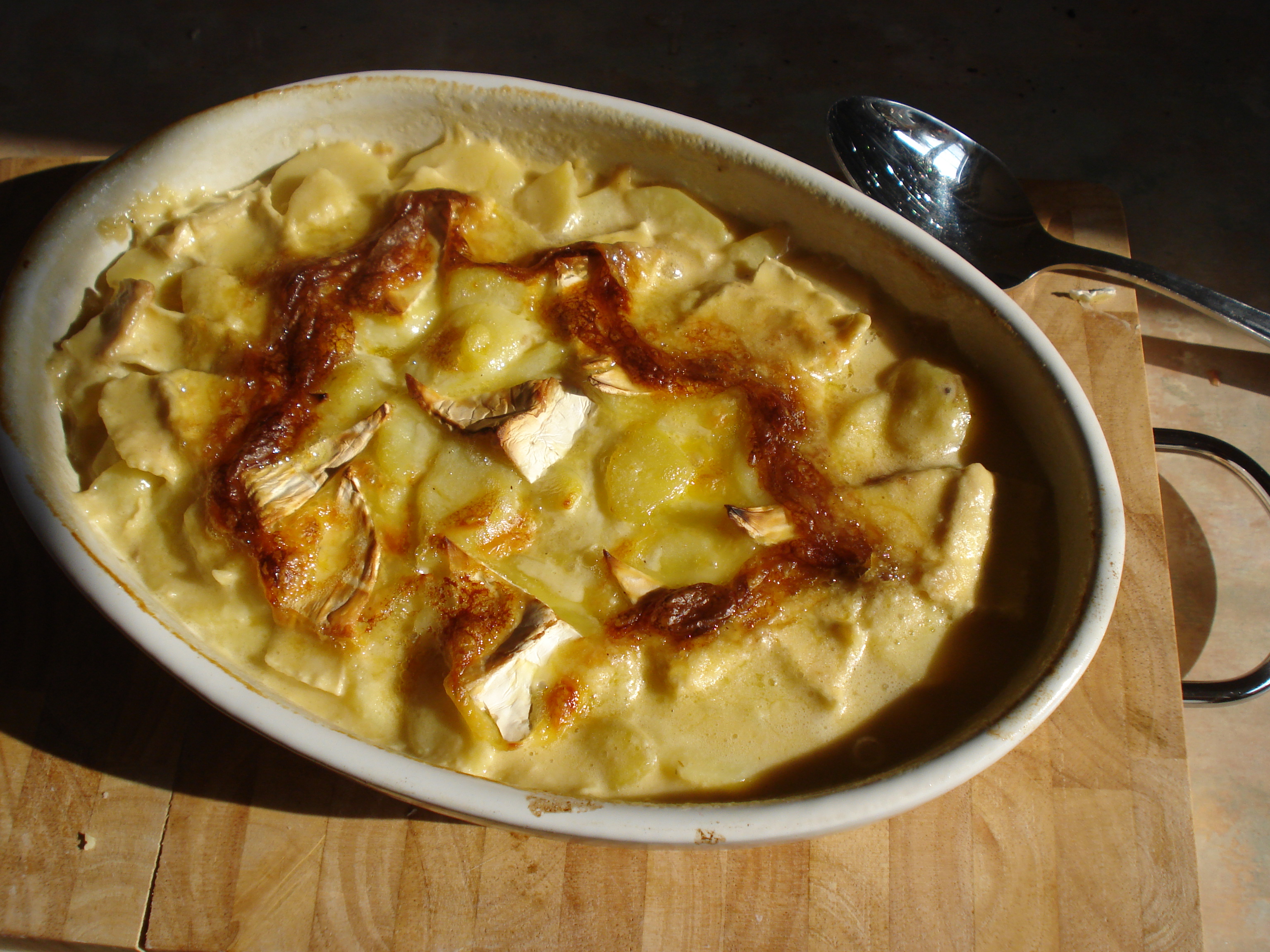 What do you cook on one of the hottest days of the year? Why, food designed for high-carb high-energy skiiing of course. Such is the life of weekly meal planning; what seems fine on a rainy Tuesday feels bonkers on a melting Thursday. But there it is.

Seasonality aside, this was inspired by Alex Mackay’s version from his book Everybody, Everyday

. It’s taken me nearly a month to read the whole thing, despite cooking about 10 things from it so far. I keep stopping, dash off to cook the gorgeous recipe on that page, then come back to the book later. It’s looking like a dead cert for my cookbook of 2012 unless something amazing pops up in the second half of the year.

As for the tartiflette itself? Comforting yumminess. I’ve deviated from Alex’s recipe slightly to skip one of the simmering stages but I think we end up in a similar place. There’s also call for pre-prepared sticky onions which I didn’t have time for so improvised. If I had one criticism it is that the Camembert left a slightly bitter edge, perhaps something creamier would be nice next time. But a great dish which I will enjoy bringing out when it snows. Probably during the Olympics.

Tartiflette (serves 4 with a green salad):