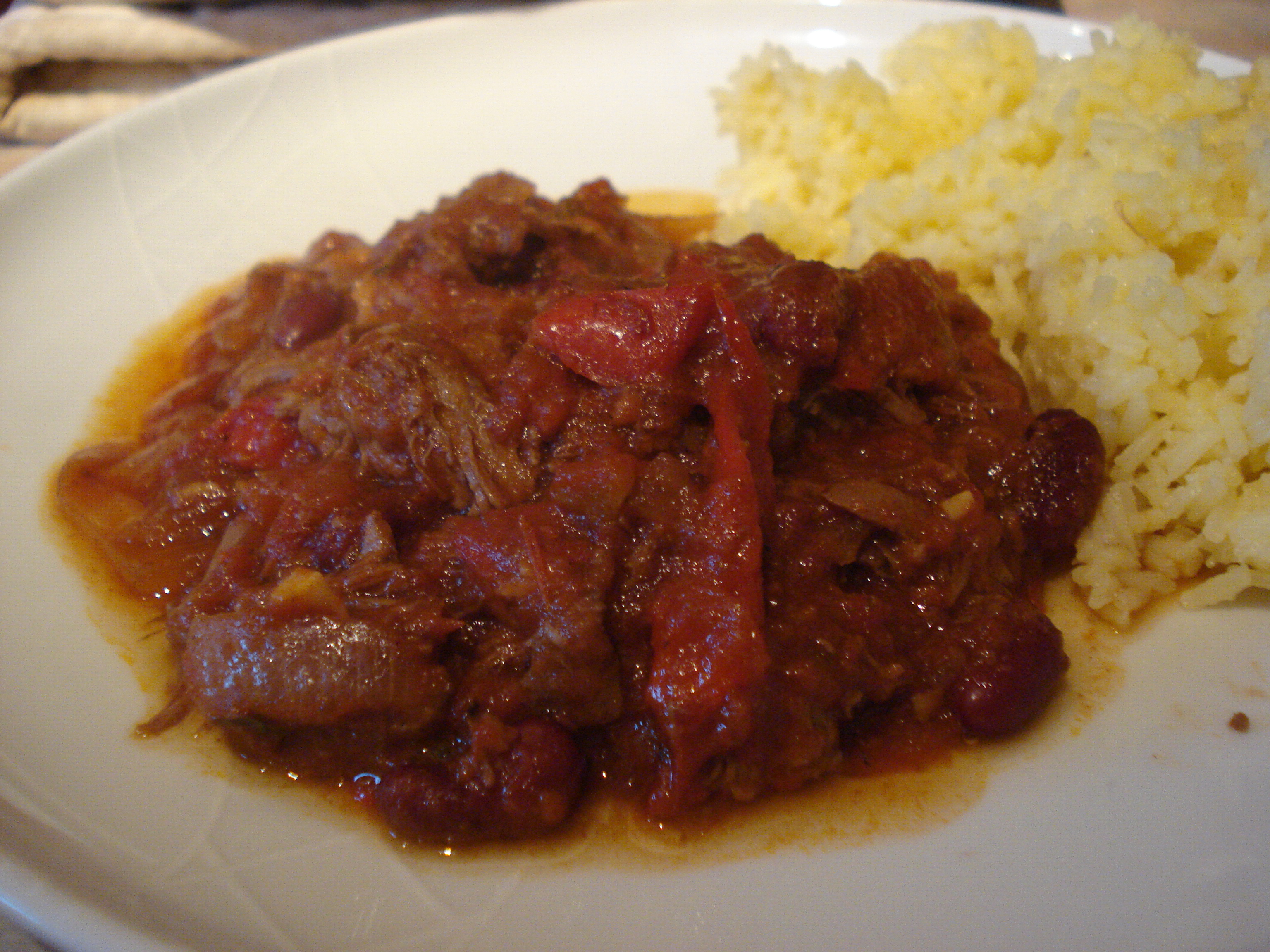 Sometimes you see a recipe on TV and you have to do it immediately. And so it was with Jamie Cooks Summer, where Jamie Oliver cruises around a festival and cooks a bit. He made a chilli with a big slab of brisket as opposed to mince, rubbed it with spices and then braised it in tomatoes for hours. Watching the tender meat pull apart with a spoon is guaranteed mouth-watering.

I couldn’t find reasonably priced brisket (what’s happened to the price of brisket?!) so I used a large chunk of casserole steak instead, which still gave the same loose texture and great taste. I also added peppers and kidney beans to mine to round it out a bit. I left out the absurd amount of chillies that Jamie puts in every recipe, but still left plenty of tongue-tickling heat in there. It’s a great fun recipe though and a big hit for a party.