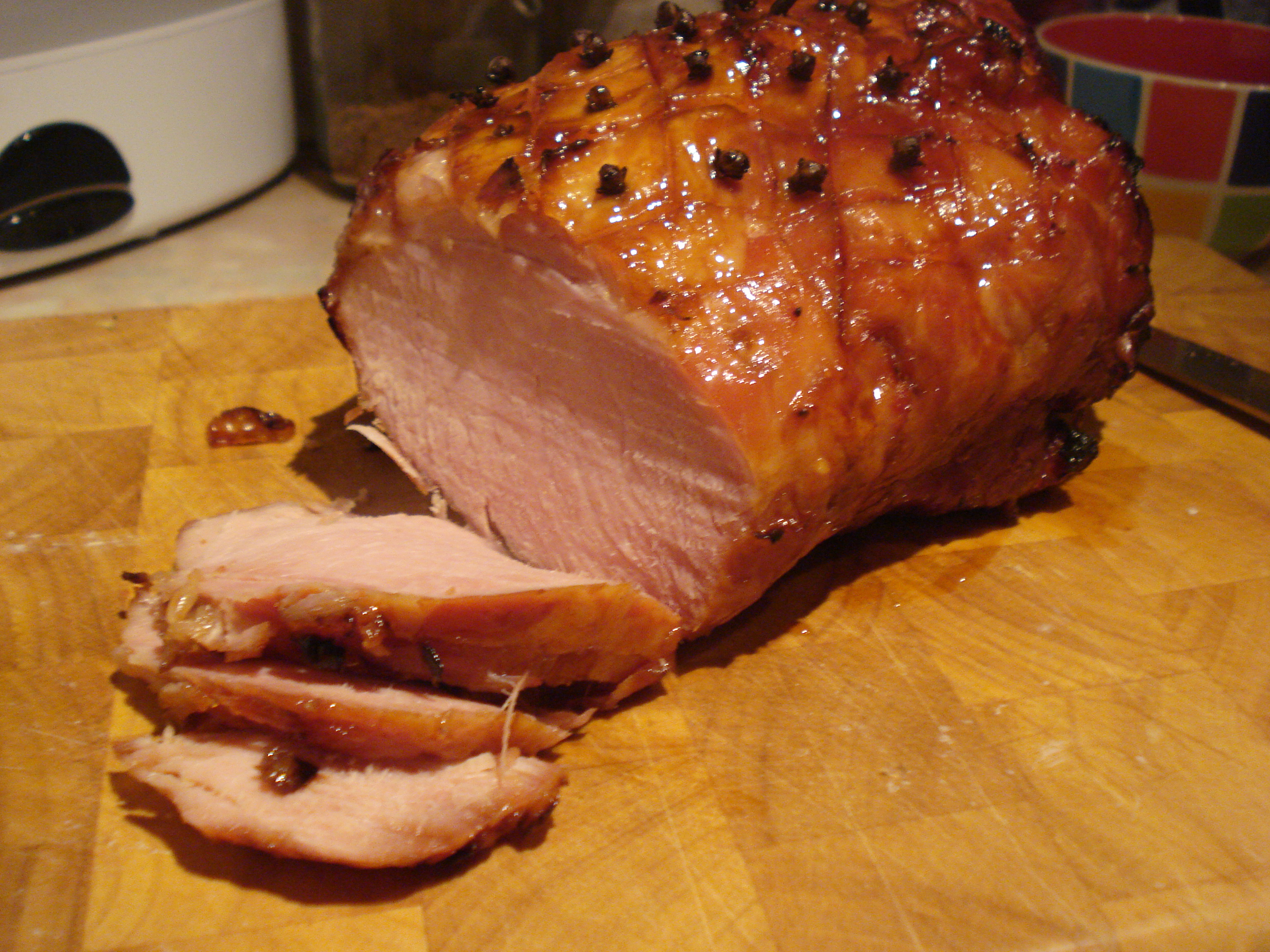 I absolutely adore a ham or gammon at Christmas. My Mum always had one hanging around the house from Christmas Eve onwards, and it’s something I still do every year. I favour twice-cooking, a long boiling followed by a fierce blast in the oven with a sticky sauce dribbled over the top. I spotted Gordon Ramsay’s recipe from this year’s and knew I had to give it a try.

One of the key things that makes or breaks a dish like this is the quality of the meat. Start from a poorly-reared, not-looked-after anonymous pig and you’ll end up with a bland pointless dinner. It’ll probably be watery, tasteless and feel like a massive waste of time. Do you and your family a favour when buying gammon (or any other meat for that matter) – go up a level in the quality of meat you buy. Put the Basics range to one side and get something a little better. More expensive yes, but with a fuller flavour and the peace of mind that your animal had a decent life. Freedom Food, outdoor reared, outdoor bred, free-range or organic – these are the labels to look for.

This recipe, based on Gordon Ramsay’s, was great. The key is to repeat the glazing over and over, every ten minutes or so. This will help deepen the flavour and form a beautifully sweet and tasty crust that’s irresistible. Aside from as a roast dinner, I also ate this with some bubble and squeak, as a sandwich and with some chutney. Then I also got a wicked stock to make a soup from, so although the meat is expensive in the first place it’s a dish that keeps on giving.

Adapted from a recipe by Gordon Ramsay. The original honey glazed ham recipe is here.

A handful of cloves

'Khichdi is the most comforting food for me'

I nternationally, I like Jamie Oliver, Nigella Lawson, Heston Blumenthal and in India there’s Sanjeev Kapoor. I like their charisma, although I have not …